By Gblizz (self media writer) | 4 months ago

Nigeria Super Eagles continued their winning form in their second group C match against Cape Verde. The Super Eagles secured a 2-1 victory over Cape Verde away from home. The win for the Super Eagles didn't play into their hands like it did against Liberia, they had to fight back a 1-0 deficit to clinch the 2-1 victory. Eight first team players were absent from the team, majority of them ply their trade in the UK and left the eagles camp before the Cape Verde game. The likes of Iheanacho, Iwobi, Ndidi amongst others were among the players excused by coach Gernot Rohr.

Things became worse for the German tactician as Tyrone Ebuehi and Samuel Kalu became unavailable for the game. All of these unfortunate happenings didn't stop the Eagles form giving their all and claiming all three points.

The win is a welcome development for the Nigeria Super Eagles, but the question here is; how was Gernot Rohr able to win this well organized Cap Verde team despite not having his best hands?

On taking a close look at the game, and a thorough analysis of the incidents and events that took place prior to the game, during the game and after the game, here are four notable events that contributed to Nigeria's impressive victory over their hosts. 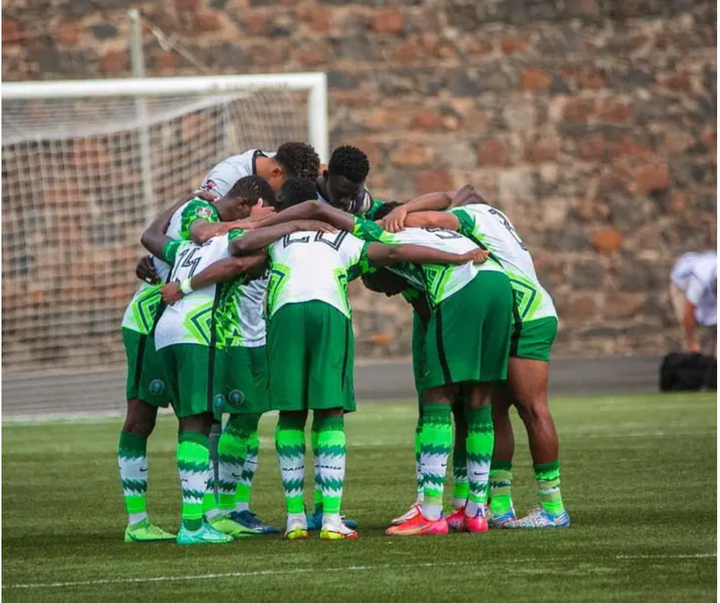 Gernot Rohr had a hug task before him and that was selecting another starting XI to face Cape Verde. The Coach did well in selecting a formidable squad, some of the players selected weren't among the big names, but the most important thing is that they got the job done. The presence of Ejuke Chidera in the starting line up was also a master stroke for the Eagles, some would have questioned why Rohr started the young player ahead of Henry Onyekeru, but Gernot Rohr knew better. Nigeria Super Eagles gave a good count of themselves in the game, they played like a team but struggled to create clear cut chances. This might have been due to the absence of the playmaker in the team; Alex Iwobi and also due to the fact that they wasn't that synergy due to the lack of playtime with these players.

However, Nigeria won the game because Cape Verde made some costly mistakes during the match which the Super Eagles took advantage of and used against them.

Osimhen first goal came as a result of a Cape Verde player nearly scoring an own goal which forced his goalkeeper to make an untidy save, Osimhen took advantage of the loose ball and scored the first goal for Nigeria.

The second goal was a bizarre own goal from a Cape Verde defender who loft a back pass above his goalkeeper. Sticking with Osimhen was a wise decision from Gernot Rohr, the German tactician got it spot on as the Napoli striker scored a goal, and his constant pressure on the opposition defenders forced them into errors.