Three consecutive wins after two straight defeats, is one nicest way of silencing your critics, and return to top form. Chelsea recorded an impressive 4-0 win over Malmö FF in the midweek but the bad news is that their record club signing, Romelu Lukaku and German striker Timo Werner, both left the match injured. In an early kick-off on Saturday, Chelsea will resume their league battle against Norwich City, as they hope to maintain their lead in this season's English top flight. 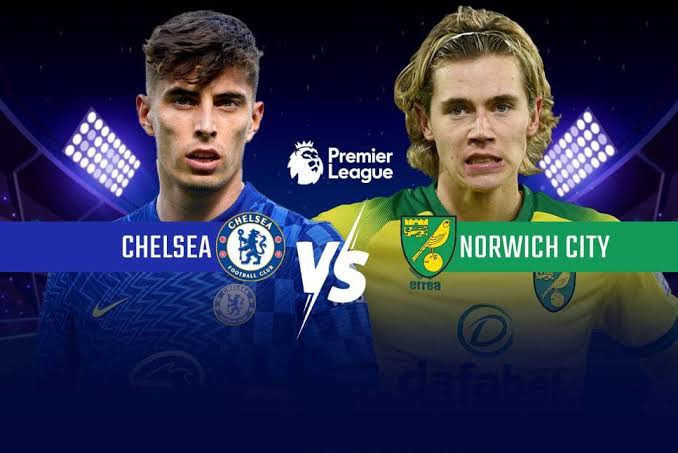 Ahead of the match at Stamford bridge, 12:30pm (GM +1), Let's look at Chelsea Record Against Norwich City And How Thomas Tuchel's Could Line Up Without Romelu Lukaku and Timo Werner.

The first Competitive fixture between Chelsea and Norwich City was in the FA Cup on the 11th January 1936. The match ended in a 1-1 draw in Norwich, with a replay match at Stamford bridge on the 15th of the same month, handing Chelsea a 3-1 victory courtesy of Joseph Bambrick's hat-trick. 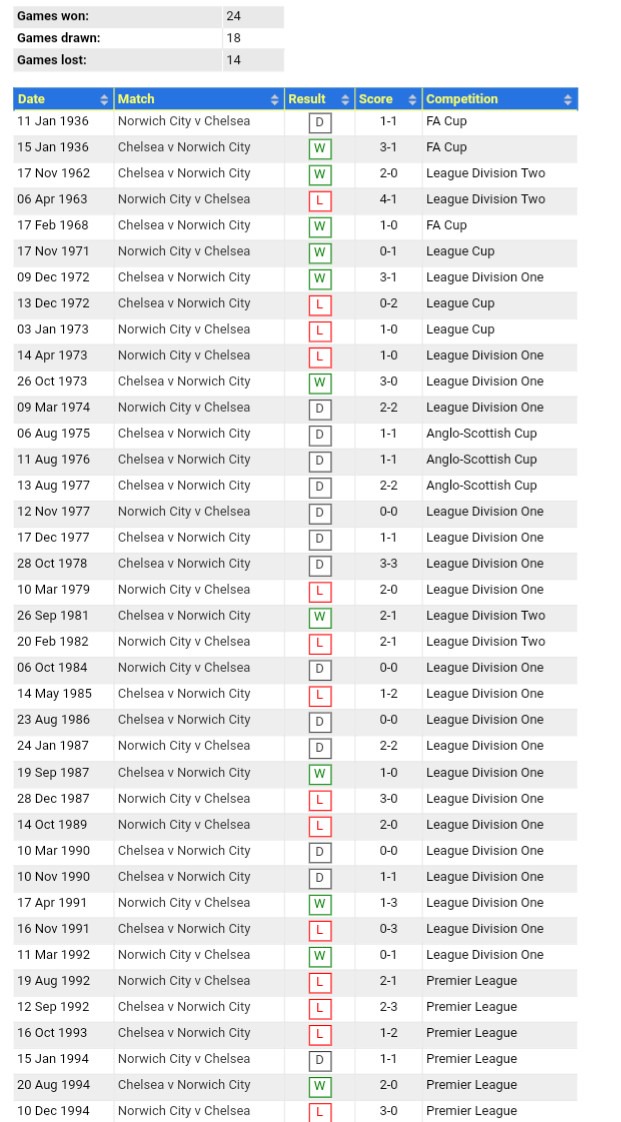 Since then, they have met 56-times in all competitions that includes the league Division two(4), league Division One(20), Anglo Scottish Cup(3), league Cup(3), FA Cup(8) and the Premier league(18). In all the fixtures, Chelsea recorded 24 wins, 18 draws and 14 defeats. 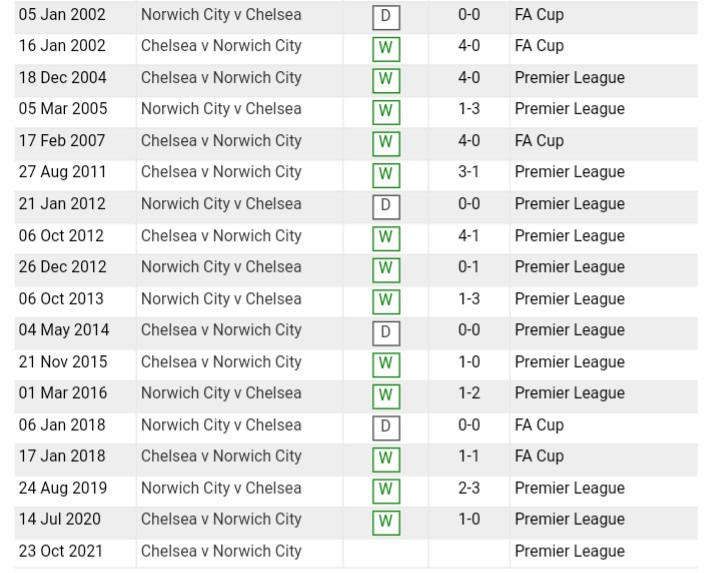 Since 5th January 2002, Chelsea have recorded 13 wins and drawn 4-times against the Canaries in the FA Cup and Premier league without losing, winning 8-times at the Stamford bridge. The last Chelsea lost to Norwich City in the premier League was on the 16th October 1993, after goals from Chris Sutton and Ruel fox gave the Canaries 2-0 lead before Chelsea's Gavin Peacock scored late to make it 2-1.

How Thomas Tuchel Could Line Up Without Romelu Lukaku & Timo Werner

The injured duo of Lukaku and Timo Werner will surely provide a selection head ache for Thomas Tuchel, who is likely to stick with same 3-4-2-1 or 3-4-1-2 Formation.

Eduardo Mendy will keep his spot in goal, with Thiago Silva likely to start alongside Antonio Rudiger and Cesar Azpilicueta.

N'golo Kante and Jorginho are likely to start in the midfield, flanked by Marcos Alonso in the left wingback and James Reeces in the right wingback.

In attack, Kai Harvetz and Mason Mount or Christian Pulisic, if fit to start, are likely to start in the two man attacking midfield behind Hakim. Callum Hudson Odoi is another option that could be deployed behind Kai Harvetz in a two man forward. 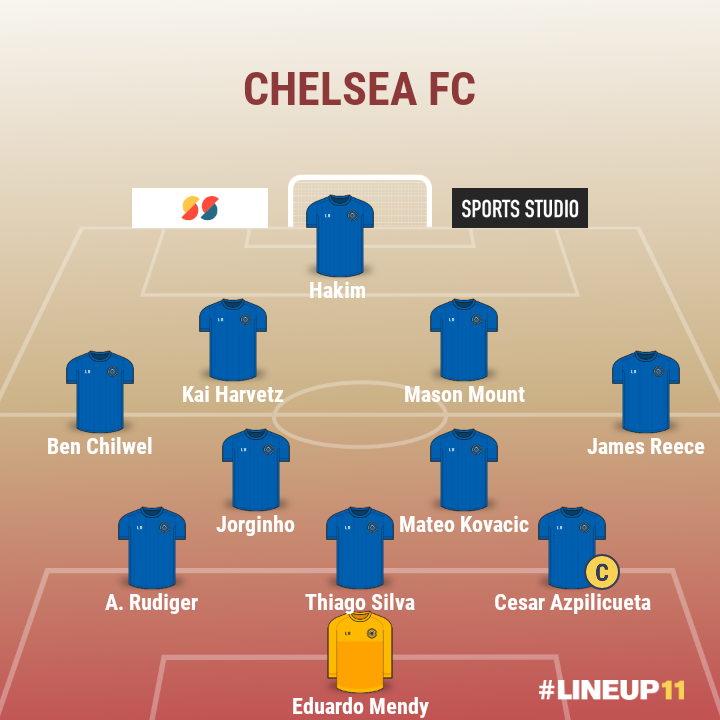 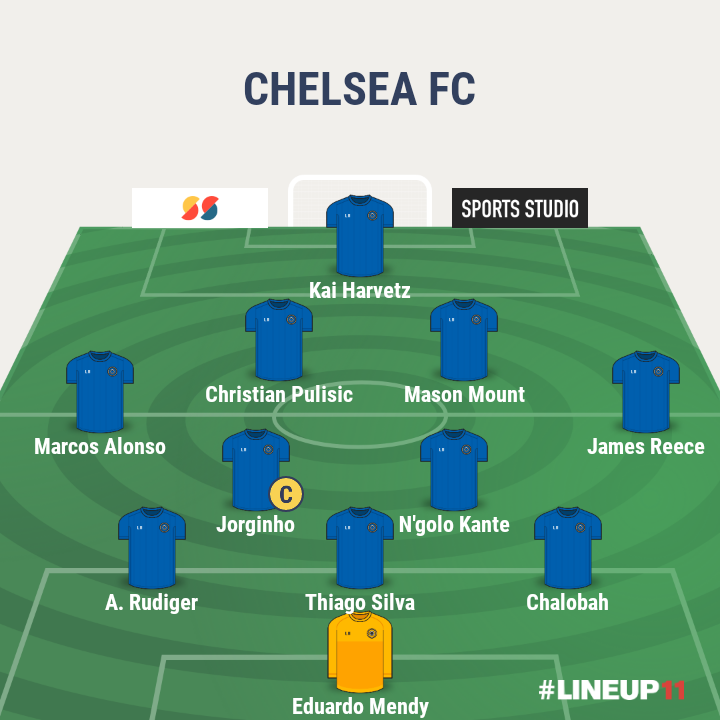 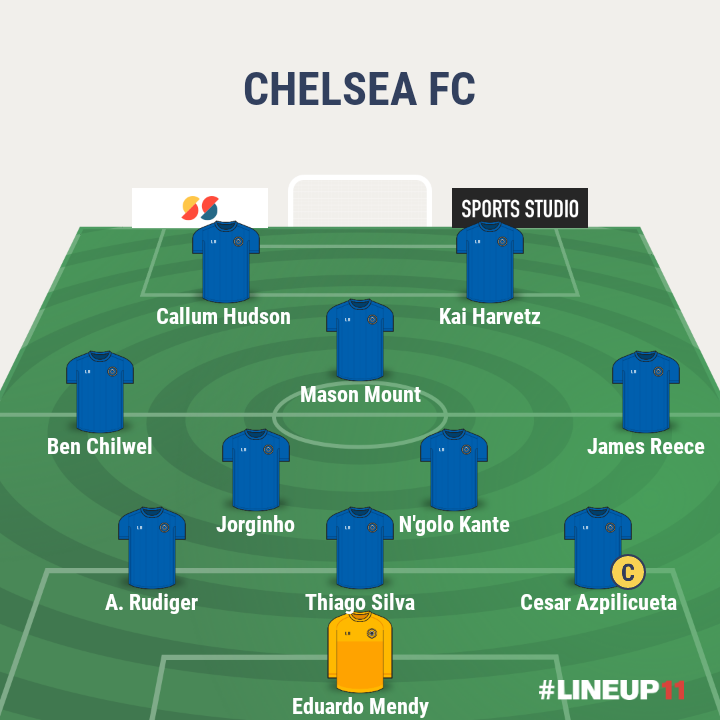 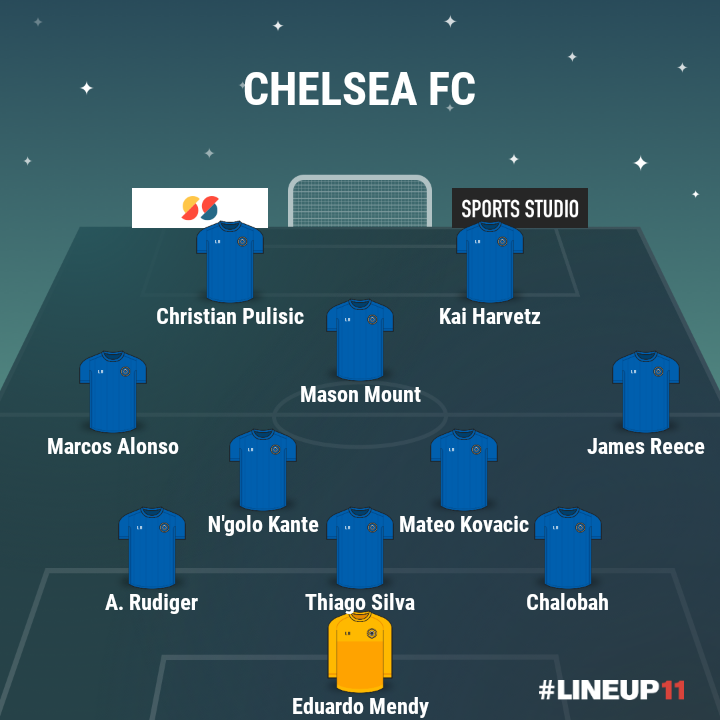 The Canaries sit bottom of the Premier league log with 2 points, and have claimed just a point away from home heading into this fixture. The blues are likely to win emphatically at Stamford bridge this afternoon.