Manchester United have been disgraced twice in a row first by a 4-2 thrashed at the hands of Leicester City, now a 0-5 humiliation at Old Trafford by a great Liverpool side that outclassed Manchester United in every department, Manchester United coach, Ole Gunnar Solskjaer said that this was the darkest day for him as the red devil's boss, but fans have immediately called for his sack, the 5 nil thrashing of Manchester United by arch-rivals Liverpool made it clear that Solskjaer lacked the tactical know-how to take the club to the next level. 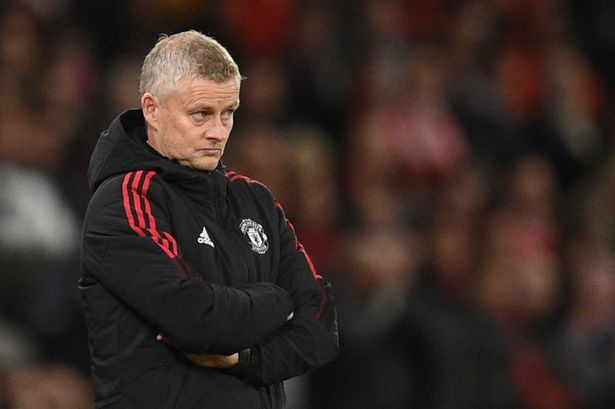 Since the beginning of this season, Manchester United has kept only one clean sheet, and conceded goals in 8 of their last 9 English Premier League games, the team has also remained winless in 4 of their last EPL games this brings one to wonder if Manchester United's expensive defense, that is supposed to have experienced players would ever gel to form that unbreakable wall. 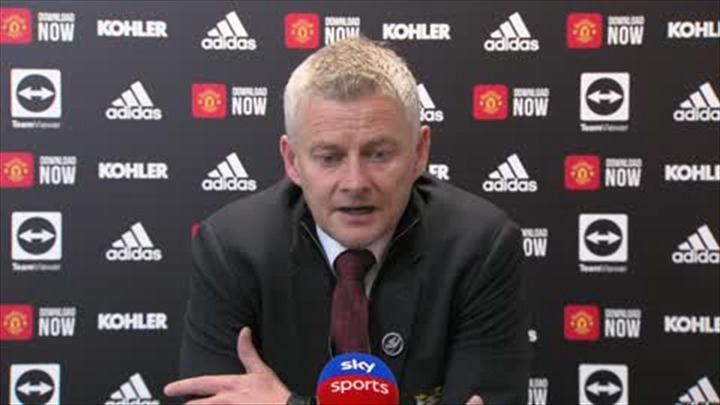 Solskjaer has always remained adamant with his tactics, refusing to change it after all the criticism with the belief that the players will adapt to it but the reverse seems to be the case week in week out, Manchester United have failed to impress, and it has been luck and individual brilliance by his players that have brought him the results he has had so far. 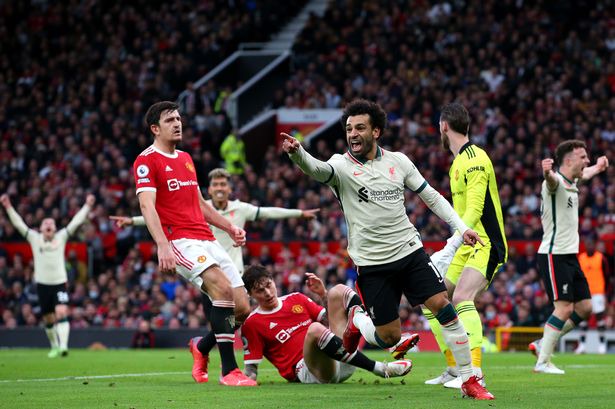 The 5 nil thrashing of Manchester United was orchestrated by the master tactician himself, Jurgen Klopp, and executed by Mohammed Salah, Diogo Jota and co to the letter, and the body language of every Manchester United fan present at Old Trafford was that of sadness because fans never expected this type of woeful performance, the facial expression on Sir Alex Ferguson's face was that of disgust and disbelief as a club he held so close to his heart was being ripped apart by a resilient Liverpool team. 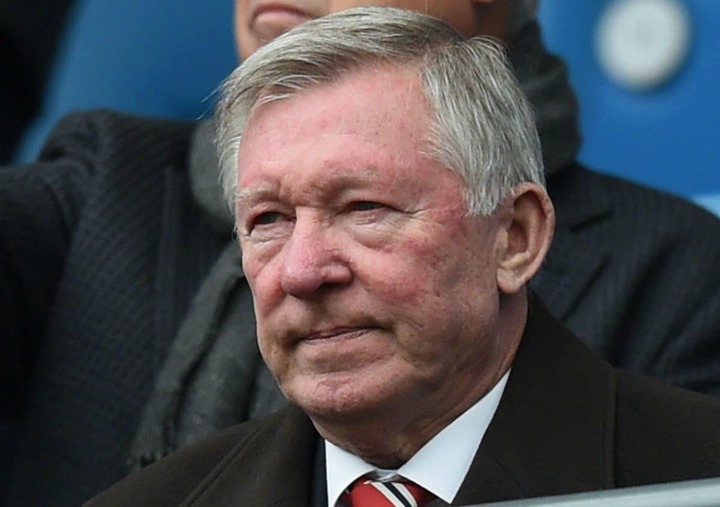 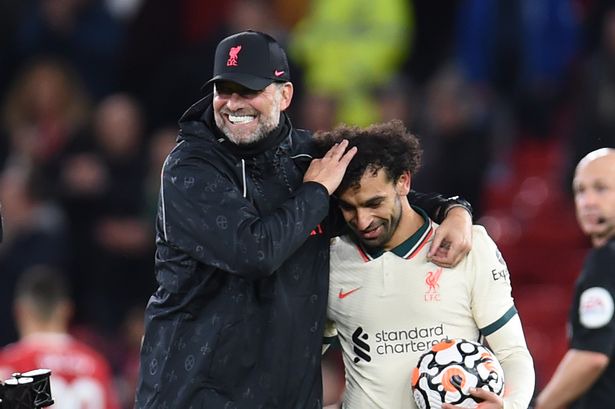 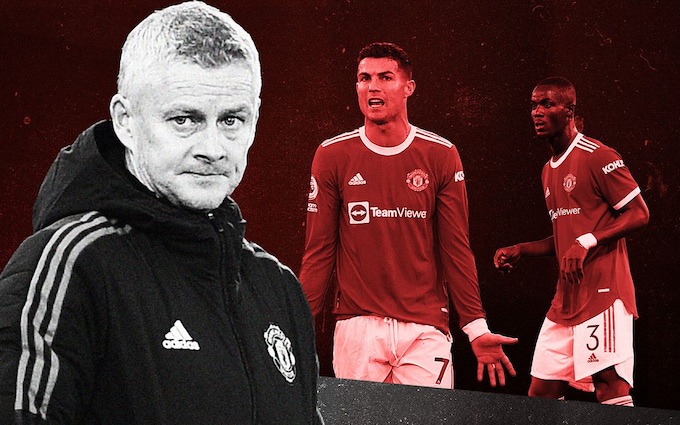 At the pace Manchester United is going, they seem to have fallen out of the EPL title race and are at risk of losing out of the race to finish in a top 4 position in the English Premier League. Although Solskjaer did a great job at rebuilding the team, one would wonder why he has failed to get the best out of Donny Van De Beek, yet he relies on Fred who has continually failed at his duties in midfield, Cristiano Ronaldo was quoted saying, when he first joined Manchester United, under Sir Alex Ferguson, it was difficult to secure a first-team place because no player was special, but in this present era it seems everything is easy and nobody seems to be working hard for his place on the first team anymore. 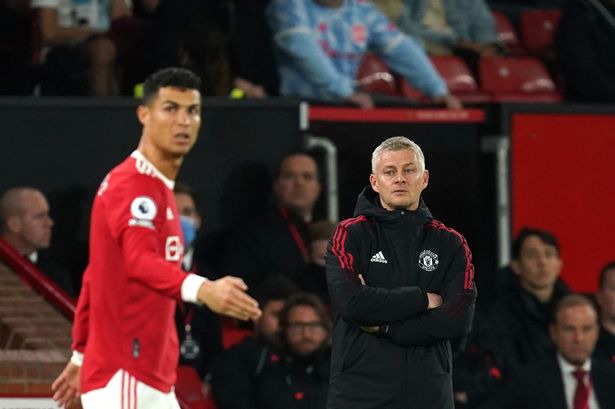 Frustrated Cristiano Ronaldo and Solskjaer during the Liverpool game

That is why people like Fred, Mason Greenwood, Marcus Rashford, and Maguire who have sometimes cost the team a lot after they commit errors are not bothered because they know their place is still secured on the team, if he loves the club he should consider the option of resigning honorably because his sacking seems inevitable, sadly his predecessor Jose Mourinho was sacked after Manchester United suffered a 3-1 defeat at the hands of the same Liverpool. 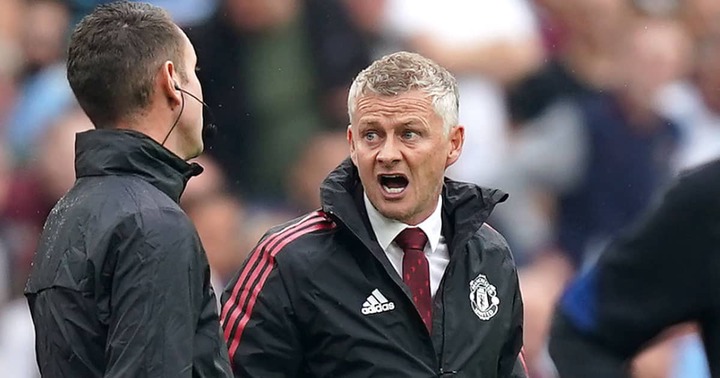 At the moment most of the club's ex-players like Paul Scholes, Garry Neville, and even current stars seem to have lost faith in Solskjaer's tactical ability, it seems quite clear that he simply lacks the technical know-how to manage the array of stars that Manchester United possess, the club needs a manager that can utilize the full potential of these Manchester United players, that is why the board may have shifted in their decision to stand by Solskjaer, in a few hours the Manchester United board might come up with a decision, and it may not be in favor of Solskjaer.