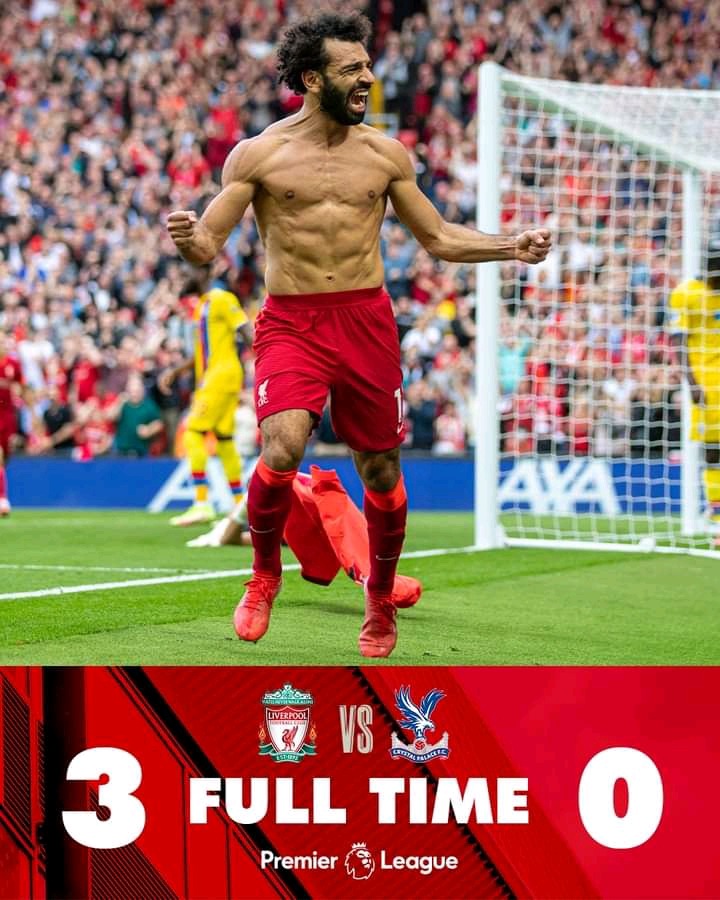 Liverpool moved to the top of the English Premier League Standings with a hard fought 3-0 victory over Patrick Vieria's Palace at Anfield.

Crystal Palace started the match on the front foot, with Patrick Vieria's side dominating possession, creating chances and causing all sorts of problems for Virgil Van Dijk and Ibrahima Konate in Liverpool's defence, Wilfred Zaha could have opened the scoring in the early exchanges, but his effort was well wide off the post.

Liverpool settled into the match with their first chance of the match coming from Tsimikas cross into Diogo Jota path, but the Portugal forward's effort was blocked by the palace backline. Jordan Henderson and Mohammed Salah had good chances to put Jurgen Klopp's side in front, but they couldn't convert their chances. 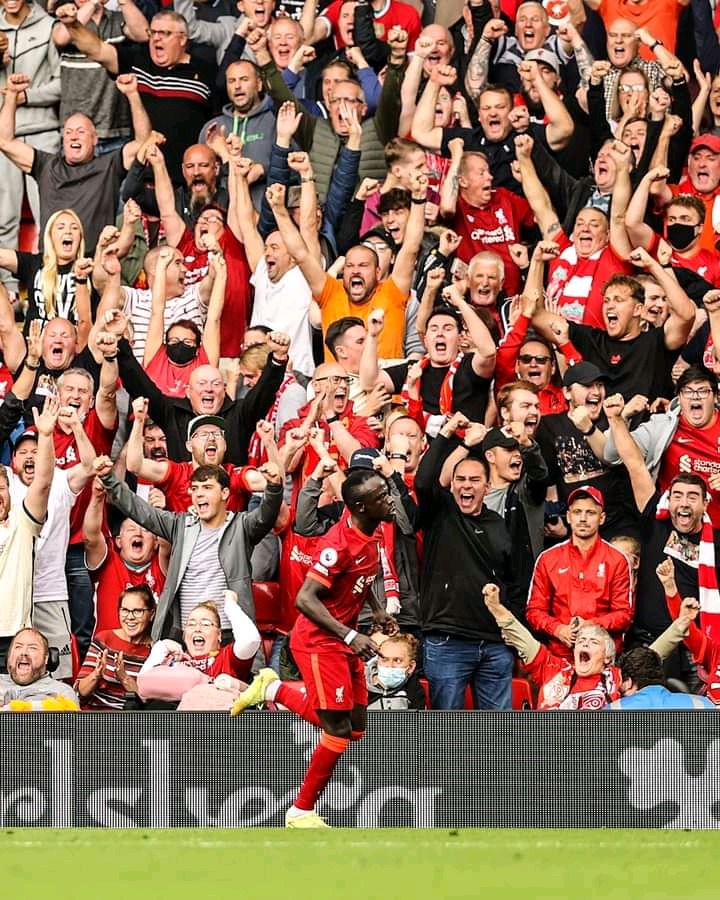 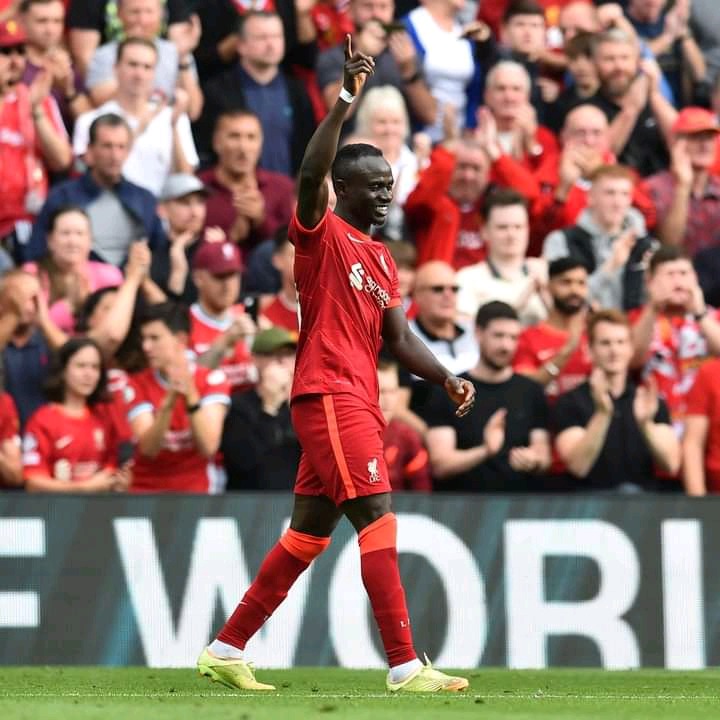 Liverpool broke the deadlock on the 43rd minutes from a corner kick from Tsimikas who sent the ball into Mohammed Salah's path who jumped and headed the ball, but his header was blocked by the keeper, but the loose ball was smashed in by Sadio Mane.

Edouard could have equalise for the Eagles, but he lost his kick at the wrong moment, Patrick Vieria's side had several penalty shout but they referee ignored. 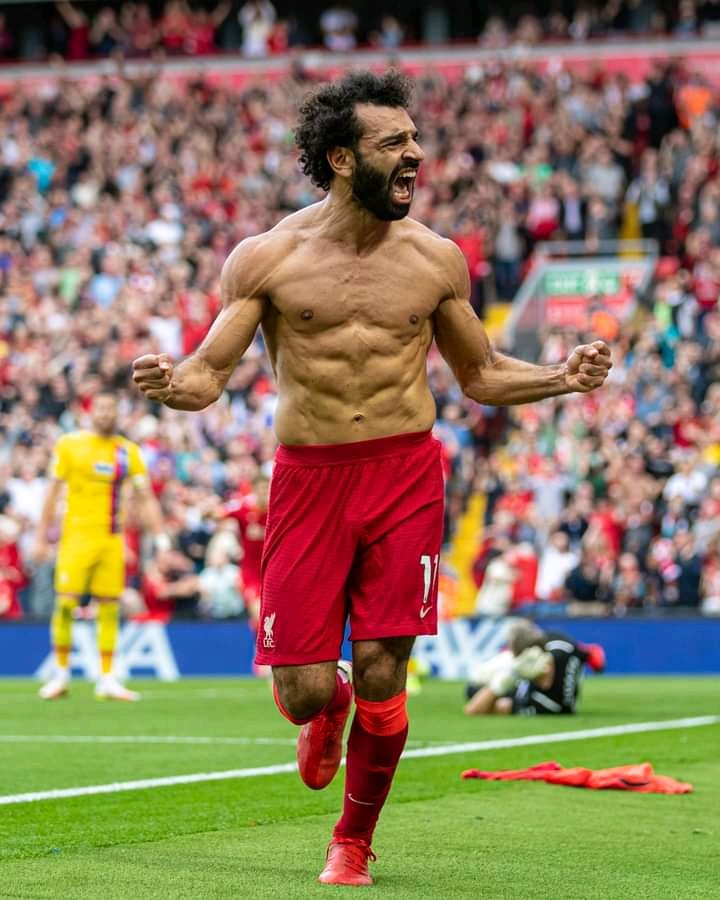 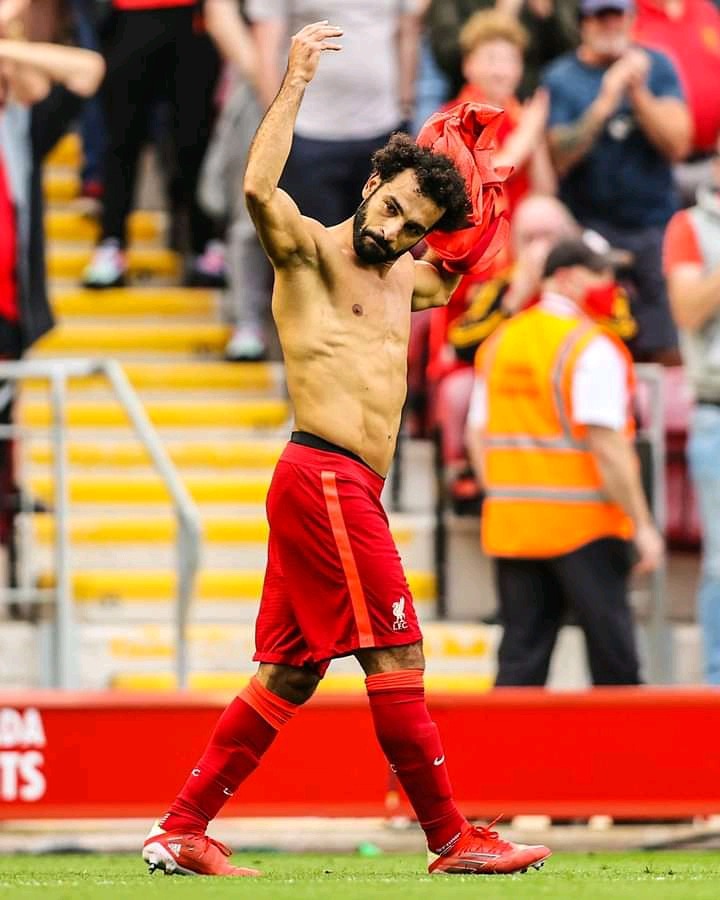 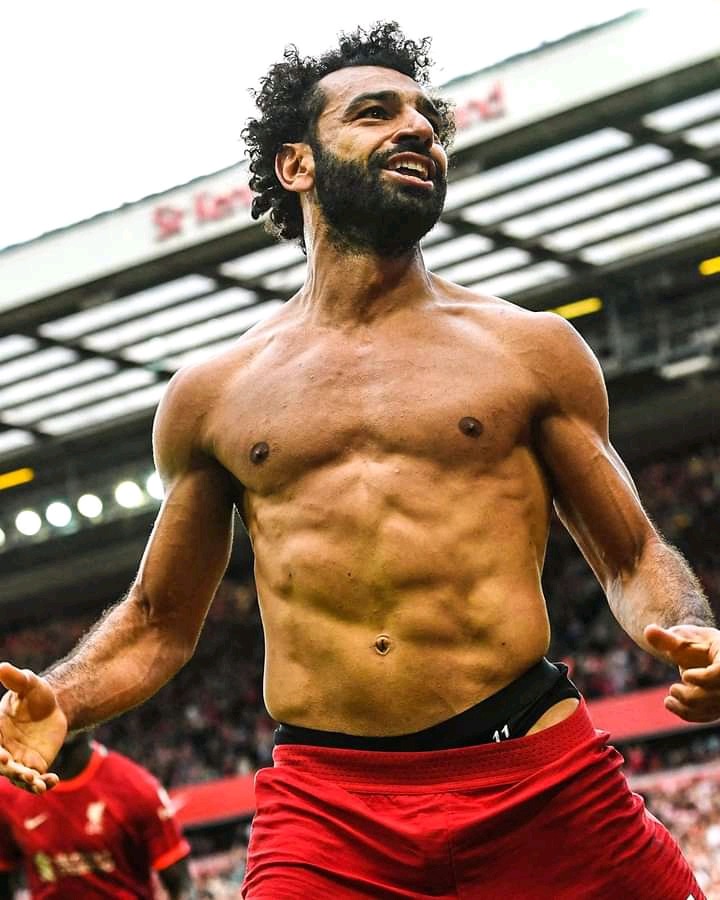 On the 78th minutes,Tsimikas swung in the corner from the left, which found Virgil van Dijk, who headed the ball into Mohammed Salah's path, the Egypt winger slotted it to make it 2-0. Nabi Keita sealed the game with a stunning third. 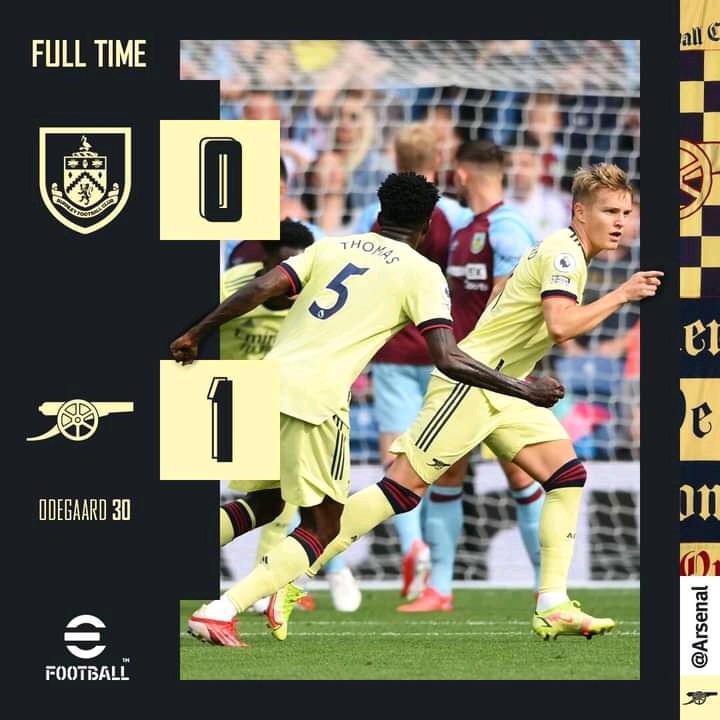 Arsenal beat Burnley 1-0 to record their second league win of the season, thanks to a brillant free-kick from Martin Odegaard. 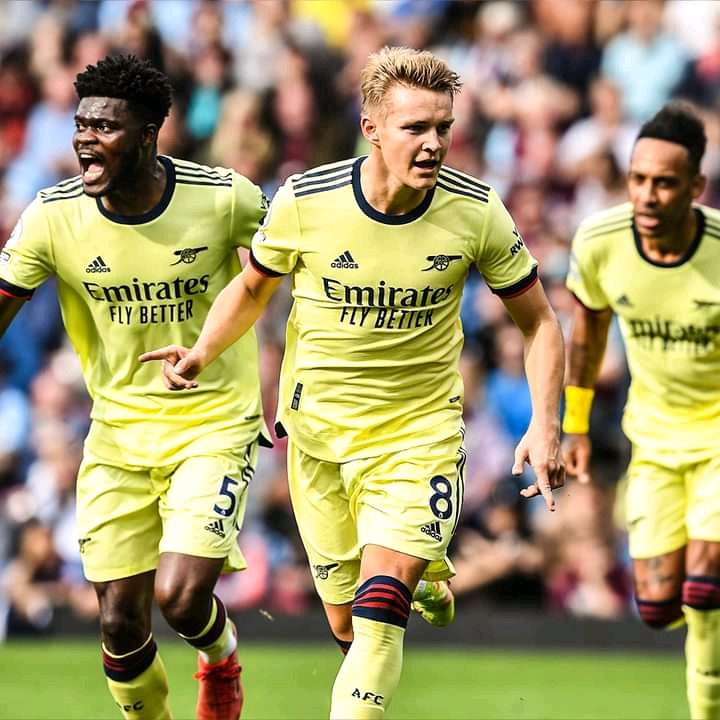 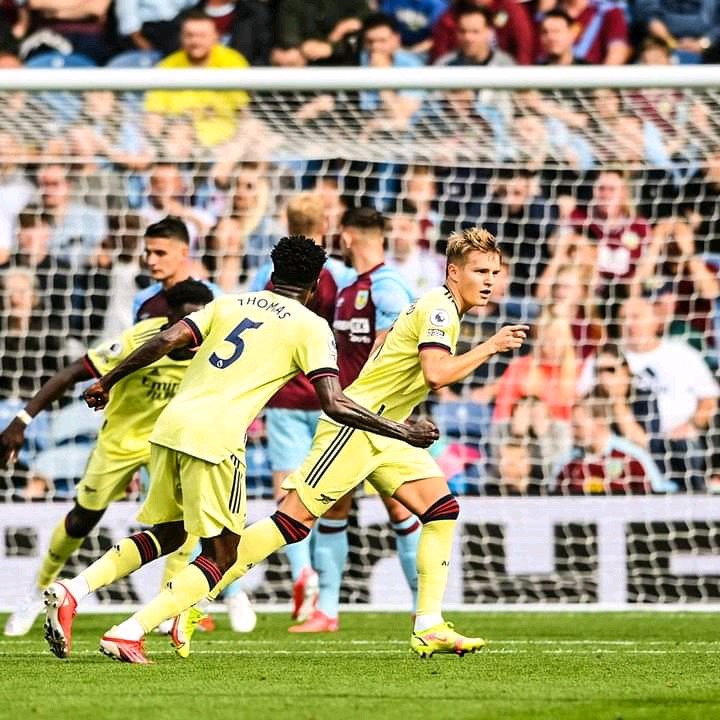 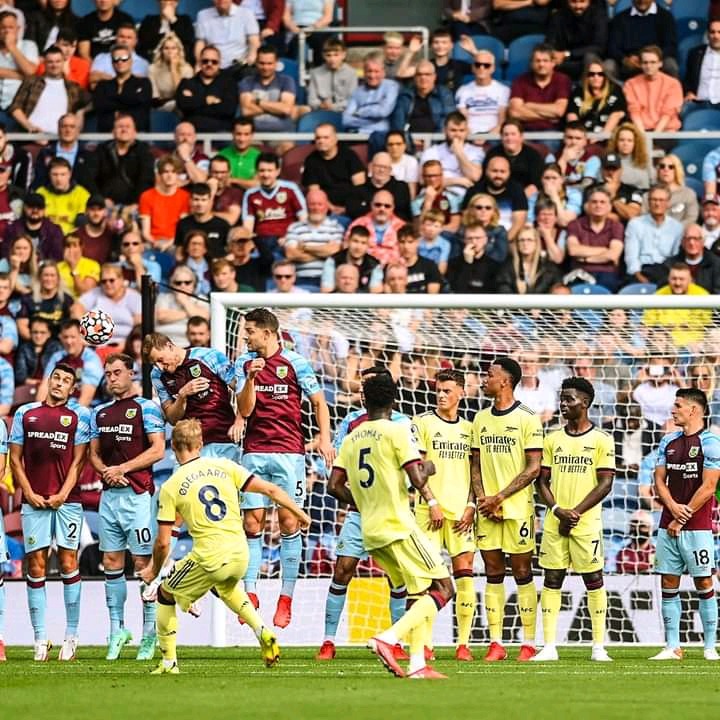 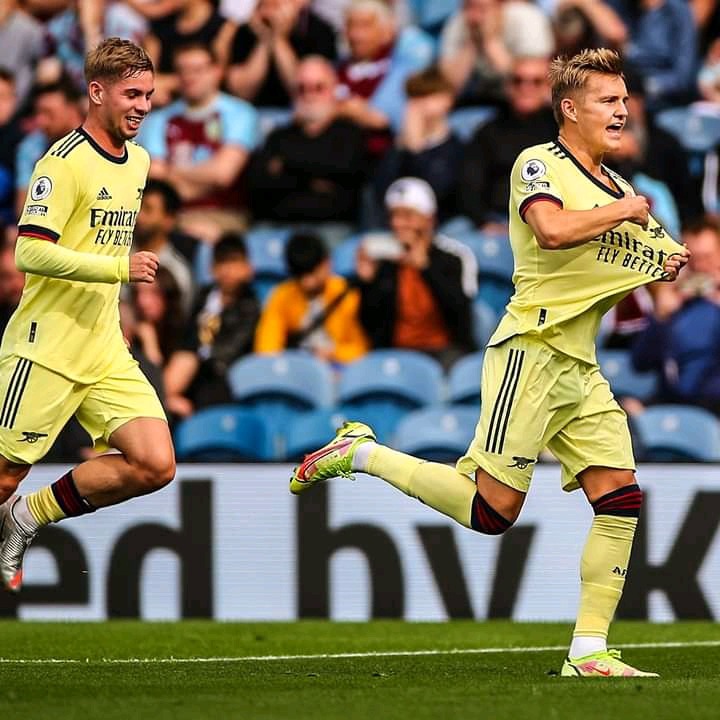 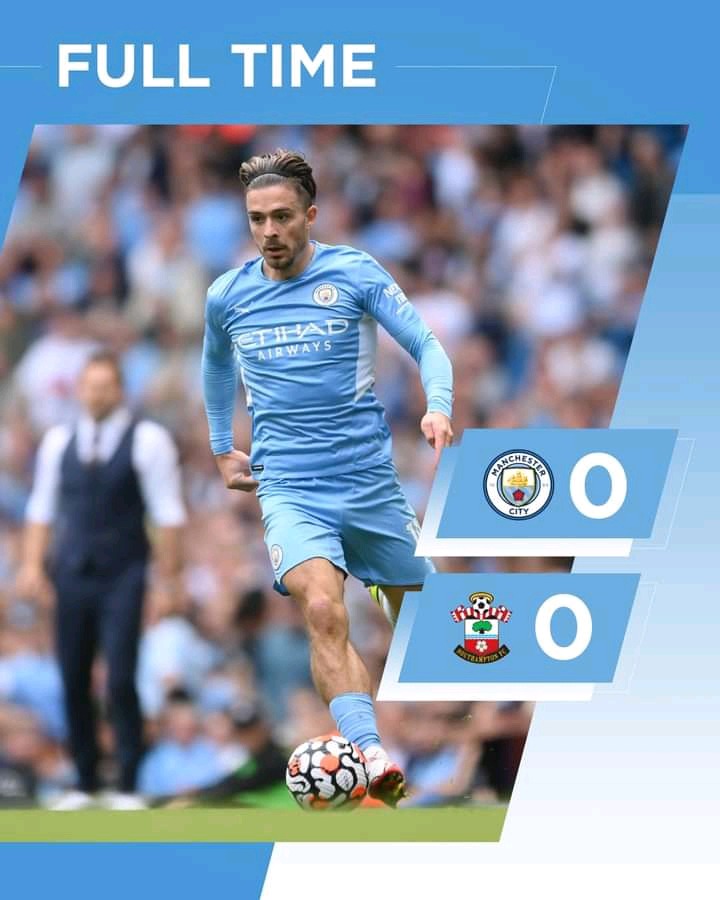 Manchester City were held to a goalless draw by Southampton at the Etihad.