By Judymoz (self meida writer) | 1 months

Rooney's performance as a player with Derby County was outstanding but as a manager, he has shown that there is a lot he needs to learn. 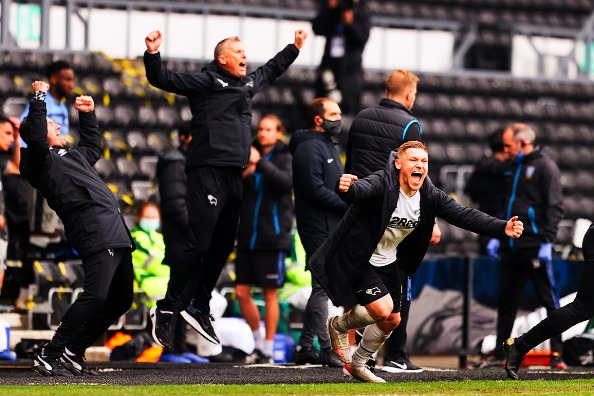 He joined Derby as a player before announcing his retirement to become a football manager. He has presided over Derby for a season now in which it has been a nearly disastrous one.

Earlier in the 2020/2021 season, before he took the manager role, Rooney scored a fantastic free-kick against Norwich City that proved to be their only win in the first 13 games of the season and that took them to the bottom of the Championship League.

Since 1986, Derby has not been relegated to the third tier in England. They played against Sheffield Wednesday who is also fighting for their lives at the bottom of the table. It was a dramatic battle between the two sides.

The second half saw Derby took the lead with 2-1 before Sheffield came from behind and lead with 3-2. But Rooney's men equalised and the match ended 3-3 sending Sheffield to relegation and Derby retaining their place in the Championship League.

Derby managed to remain in the Championship for next season. Though it is not clear yet if Rooney will continue to lead them for the coming season or not, he has learnt a lot about being a football manager.

Breaking: Liverpool Will Not Be Releasing Mohammed Salah To Egypt For The 2020 Tokyo Olympics.