Roman Reigns made his WWE return at SummerSlam, and he attacked both The Fiend and Braun Strowman before ending the show by hoisting up the Universal title belt in the air.

It has now been announced that Roman Reigns will take on The Fiend and Braun Strowman in a 'Triple Threat No Holds Barred Match' for the Universal title at Payback on Sunday. 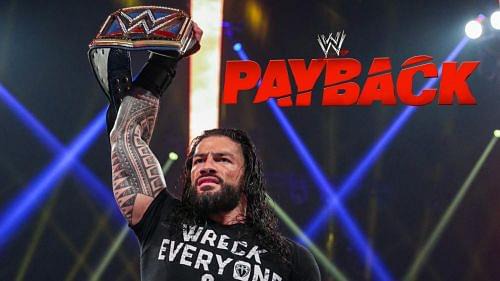 There will also be a contract signing segment on SmackDown.

What's next for Roman Reigns following his WWE return?

Roman Reigns' return at SummerSlam was inarguably the biggest moment of the night as it capped off a very entertaining PPV on a high that no one saw coming.

The Fiend had just defeated Braun Strowman at the end of the Falls Count Anywhere match, and he wasn't even given a single minute to celebrate as Roman Reigns speared him out of nowhere.

This wasn't the Big Dog of old as Reigns was more aggressive and he even went on to viciously attack Braun Strowman with a chair.

Reigns ended the post-match segment by holding the Universal title high up in the air, and it was a clear message that he was back to reclaim his yard.

As we had reported earlier via WrestlingNews.co, Vince McMahon reportedly wants Roman Reigns to have an edge about him moving Colohue had also revealed the original plans for the Universal title during his RAW Preview session on Sportskeeda's Facebook page. The plan was for Reigns and The Fiend to have a match at WrestleMania 36, and The Big Dog was booked to win the title before getting into a Championship feud with King Corbin. The idea was for Otis to cash in the MITB contract on Corbin after the latter won his first world title.

The plan mentioned above sadly didn't see the light of the day. However, Roman Reigns is still the favorite to become the next Universal Champion at Payback.

The fans of Bray Wyatt won't be too happy, but the speculation suggests that the WWE wants to waste no time in putting the big blue belt around Reigns waist