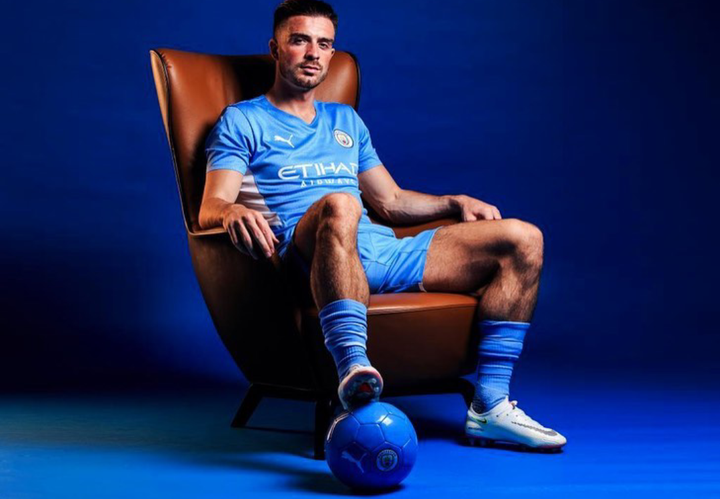 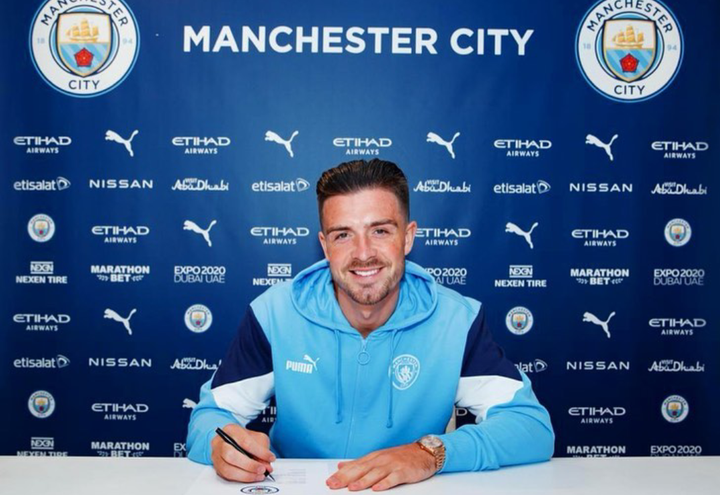 The 25 years old was announced as City new player on Thursday evening, after his £100 million release clause was paid to Aston Villa FC, and he has finally signed a long term contract with the English Premier League Champions.

Grealish has been a long-time target of Pep Guardiola, following his impressive performance for Aston Villa FC, and the Spanish coach has finally signed him on a British transfer record of £100. The Englishman had a remarkable 8-year stay at Aston Villa FC, and he was able to score the total number of 32 goals for the club in 213 appearances.

Manchester City football club has now given him the number 10 jersey that was recently vacated by Argentina star Sergio Aguero. Reacting after completing a move from Aston Villa FC to Manchester City, Jack Grealish posted on his verified Instagram handle that;

"Ready for the next chapter! So proud to join Premier League Champions, can't wait to get started! 💙." Reacting to Jack Grealish's statement after signing a six years deal with Manchester City, Chelsea star Ben Chilwell and fans reacted by commenting to congratulate him. 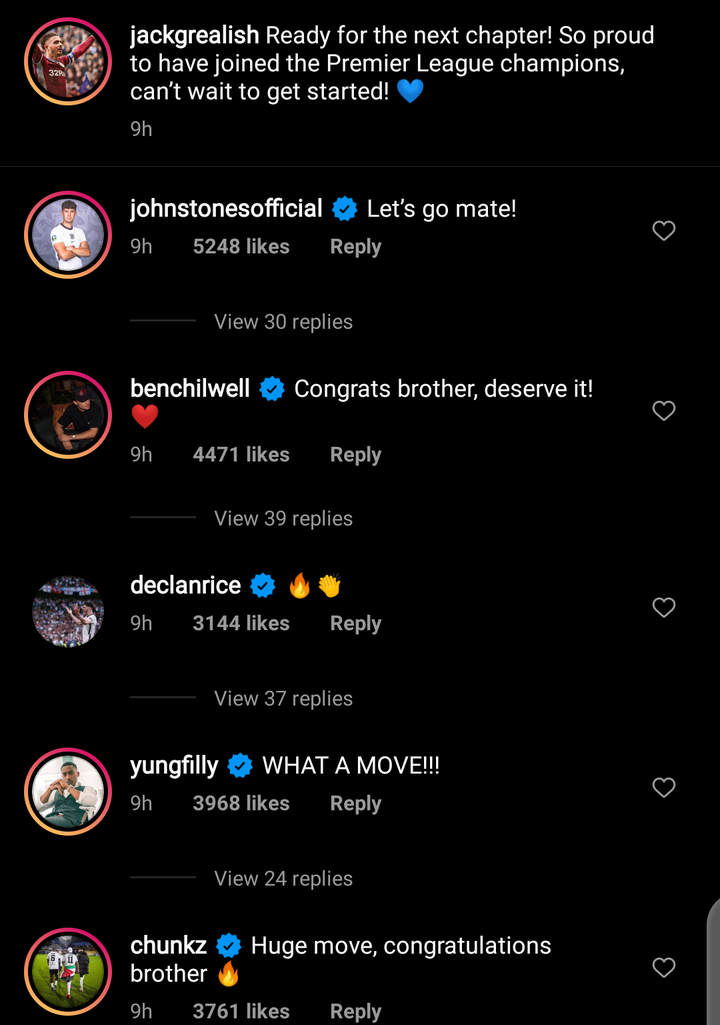 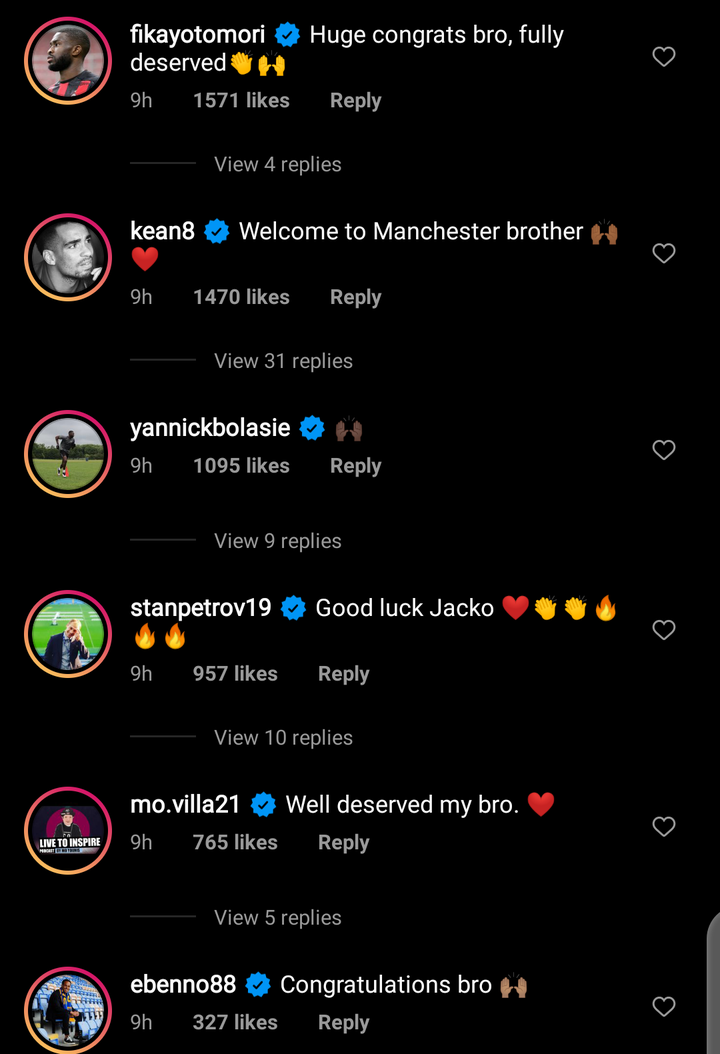 The England international is now expected to make his debut for the Cityzens when they play against Leicester City FC in the Community Shield this weekend.