Out of all the scheduled matches at the 2021 Fastlane pay-per-view, Alexa Bliss and Randy Orton's intergender match has the most intrigue behind it. There are various finishes to this particular bout. But whenever it comes to Orton, Bliss, and The Fiend's saga, WWE has swerved their fanbase on more than one occasion.

Orton immolated The Fiend at WWE TLC 2020 during their Firefly Inferno match. Since then, Bliss has carried forward this saga with The Viper on WWE RAW. Bliss has tormented Orton every week, and their mind games will be showcased during this Sunday's Fastlane pay-per-view. 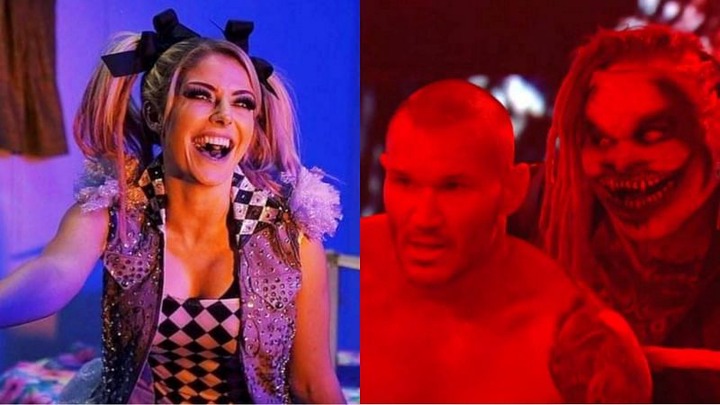 Could a few cinematic elements be incorporated into Alexa Bliss vs. Randy Orton at WWE Fastlane?

WWE has significantly evolved over the past few decades. In today's world, it's a very tricky proposition to feature man-on-woman violence in a PG environment, even in a fictional context.

AdvertisementPerhaps to reduce the physical aspects of Alexa Bliss and Randy Orton's bout at Fastlane, could WWE add a few cinematic elements to their "match"?

This might be a likely outcome given that the entire storyline has frequently blurred the lines between cinema and professional wrestling. After all that Bliss has done to Orton through her "magical tricks," a normal match at Fastlane would be a step down from the bizarre aspects of their storyline.

If WWE decides to make this a cinematic match, the creative possibilities will be endless. Could Bliss vs. Orton be the intergender equivalent of Bray Wyatt and John Cena's groundbreaking Firefly Fun House match?

The Viper has a controversial past in both reel and real life. Perhaps Orton's infamous history could be explored in a cinematic clash. As always, a heavy dose of Easter eggs and subtle references will surely keep the conversation engaging for a considerable amount of time.

2 Will WWE allow Randy Orton to cross the line at Fastlane?

As opposed to a cinematic match, could WWE double down on the physicality of Alexa Bliss and Randy Orton's match at Fastlane?

After all, no one thought that a WWE pay-per-view would end with a man's entire body being set on fire. Even though a dummy of The Fiend was immolated at TLC, the idea itself seemed beyond the scope of WWE's PG standards.

While intergender violence is an entirely different subject, the above example proves that WWE can cross the boundaries to a certain extent on pay-per-view. With that in mind, could Orton surprise viewers and engage in a legitimately physical bout against Bliss?

The Viper has delivered an RKO to several female stars throughout history, so that's nothing new.

While Orton's potential physical warfare against Bliss may be uncomfortable to watch for some viewers, it will certainly present the former as a despicable heel. In terms of the storyline, Bliss could intentionally put herself in peril to draw out The Fiend.

It's not ideal to expect WWE to go all-in on this particular idea at Fastlane. But since a match should technically involve some physical action, fans have discussed this possibility all across social media.