Messi's positions over the years and how he can sustain his career for the next few seasons.

No doubt Lionel Messi is a household name in the sporting world and arguably the Greatest of all Time (GOAT) not because of his beards but the magic attached to his Left foot. His unique style of play which is characterized by marvelous body swerves has evolved over the years but his trademark movements are still evident in his games. 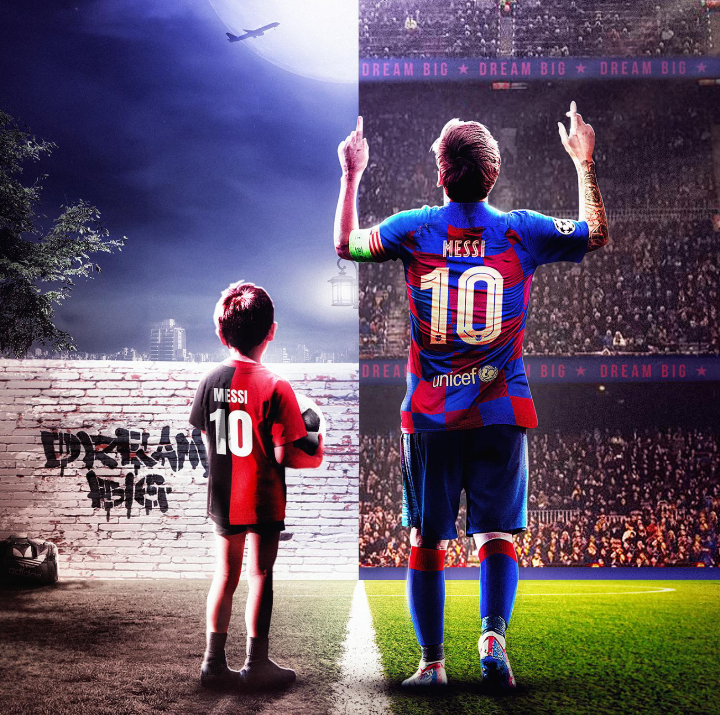 He's currently 33 years old and captains both Barcelona and his national team, Argentina. He made the risky one way trip to Barcelona with his dad when he was just 13 years old and the rest is history. He has won numerous titles and awards as well as being an ambassador for various brands such as Pepsi and sporting brand, Adidas. 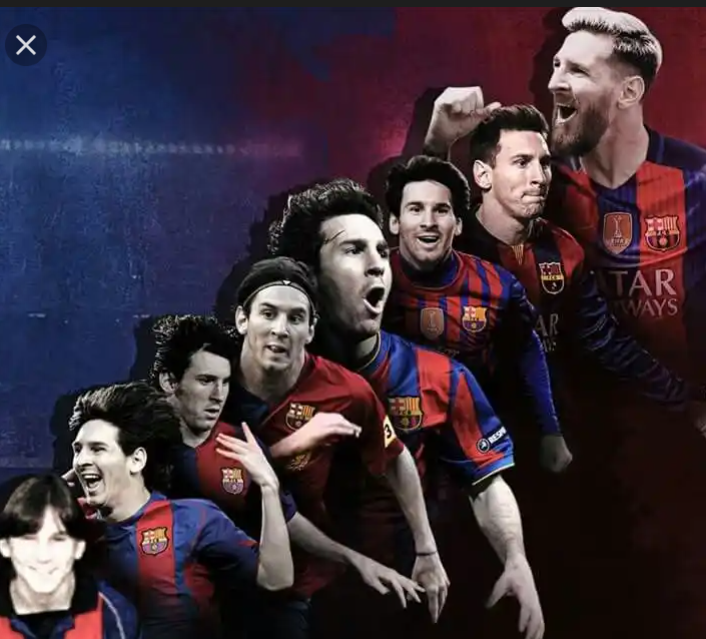 Messi's Positions over the years.

Messi's transition from a left-winger since the days of Ronaldinho to an 'Inside-forward' to a 'false 9' and now a 'ball-playing midfielder' with a touch of everything mentioned earlier has been nothing but amazing and worthy of a short analysis. He is currently the best playmaker in the game without doubt. He comes deep to his own halve of the pitch to receive the ball and starts the play and that's why his current goal and assists stats are exceptional. 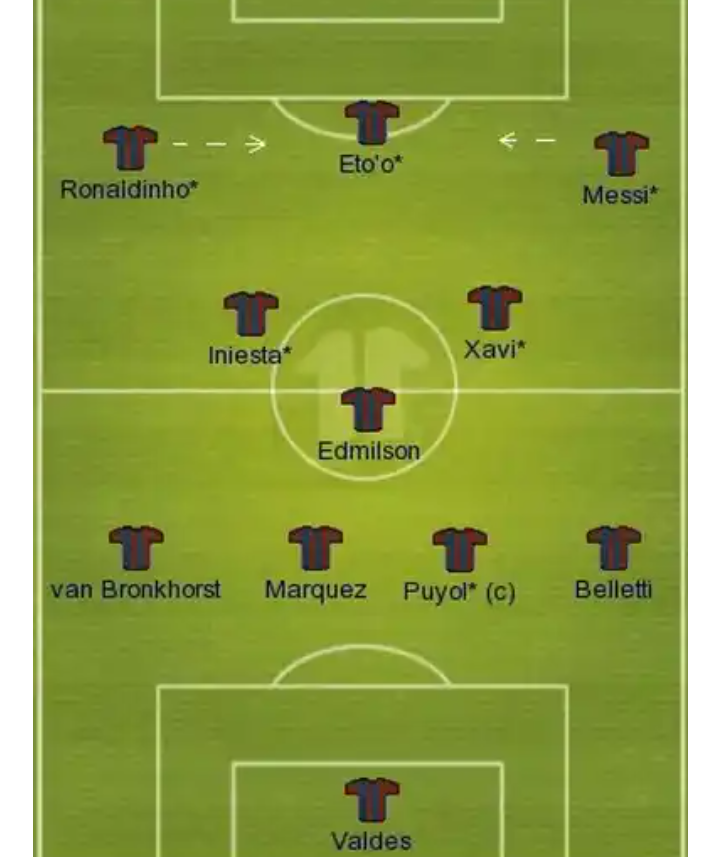 The player has more than 700 career goals which he just attained recently and almost 300 assists to his name which is unusual in the game. He celebrated '1000' goals contribution few months ago which means he has been directly involved in 1000 goals either by scoring or providng the assists. It's either you challenge for the goals or assists but when you challenge for both, it's exceptional and worth mentioning. 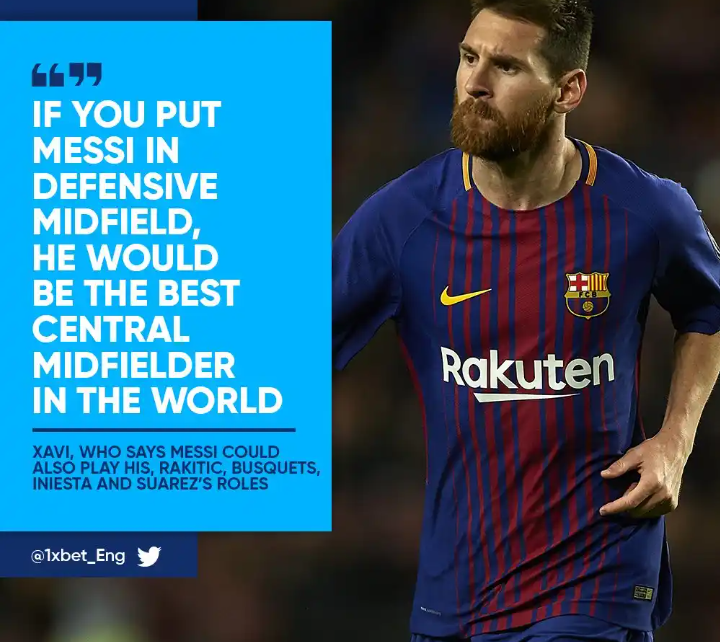 Messi has been the building point of every Barcelona Squad since Guardiola took over in 2008. It was the first sign of a new Barcelona and a new Messi when Pep converted him to the position of a 'false 9' which wasn't as effective because of the presence of Samuel Eto till the following season when Eto left for Inter Milan. 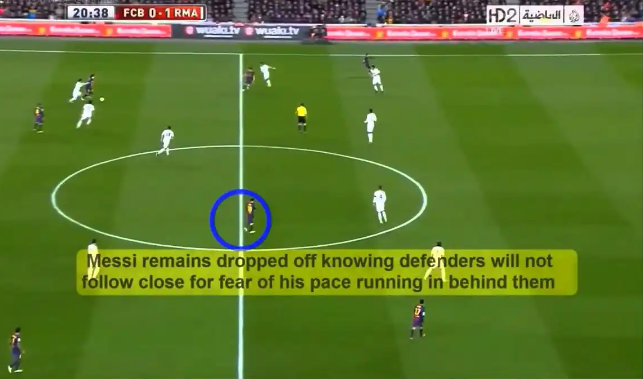 If you don't know what a 'false 9' is, below is a brief description of it.

The false 9 is a striker who drops deeps which means he drifts back into midfield. He doesn't stay around the penalty box for various tactical reasons. It's all part of the plan to confuse the defenders on who to mark. He draws them to the midfield by forcing them to play with a higher defensive line thereby creating spaces for his teammates. 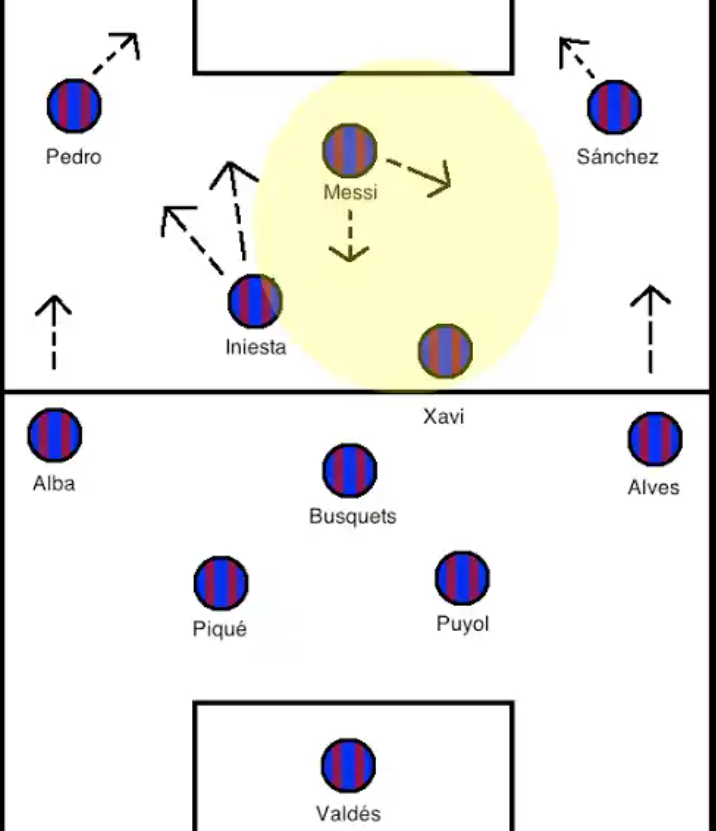 Messi had perfected the role of the 'false 9' by coming a little bit deep outside the opponent's 18 yard box to receive balls and provide his two wing men with goals or scoring them himself.

David Villa, Alexis Sanchez, Pedro, Cuenca, Sandro, Neymar and others have all had to play by his side for different seasons and it worked for most of them. 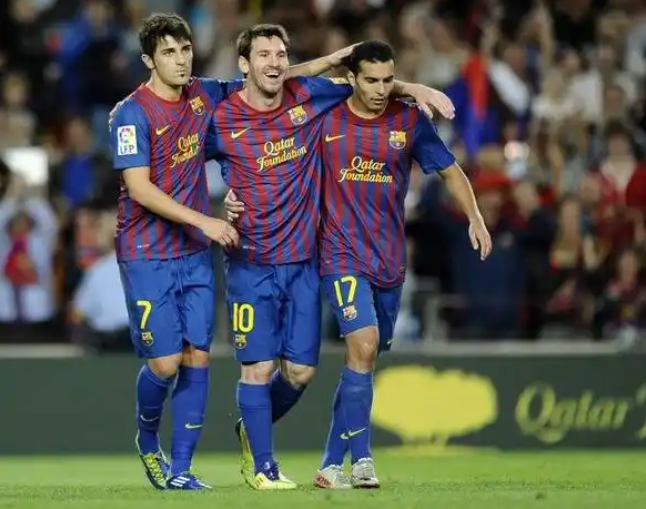 Messi had made the sacrifice and withdrawn from the central 'false 9' position for sometime in order to accommodate his friend, Luis Suarez. Messi drifted from the right flank of the pitch even when Neymar was available and he has given the ultimate forward role to Suarez who acts as a 'complete forward' or a 'target man' with Messi still acting as the main point of attack. Barcelona's former coach Valverde also tried the 'false 9' role with Messi and it worked for him only for a short period of time. 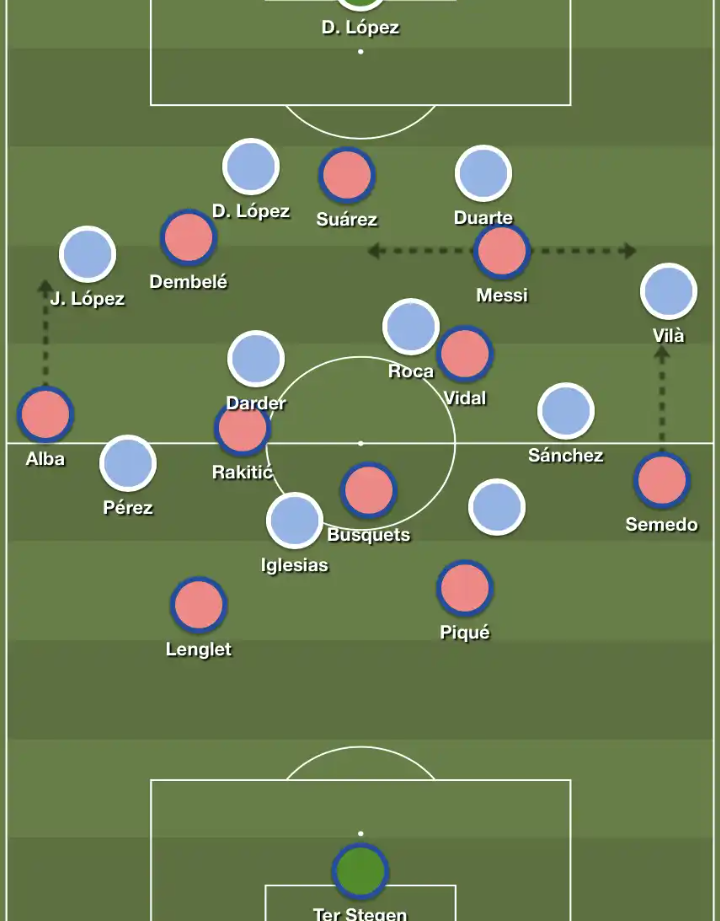 Suarez has bagged quite a number of goals and his partnership with Messi has been amazing. Messi's heat maps over the past few seasons has shown him come deeper to the midfield to pick up passes and dictate the game. A heat map shows positions or areas covered in a match. He drives from the right side of the field towards Alba at the left flank for some possible combinations and waits for a reverse pass from Alba to perform some magical strike. Suarez who's positioned in the middle takes the defenders with him to an open space or performs his famous dummy run even when he's without the ball in order to create space for Messi. That worked for Barcelona for some seasons.

Messi's heat map for a Season. It's clearly shows he's been more involved in the space between the midfield and opponent's 18-yard box. 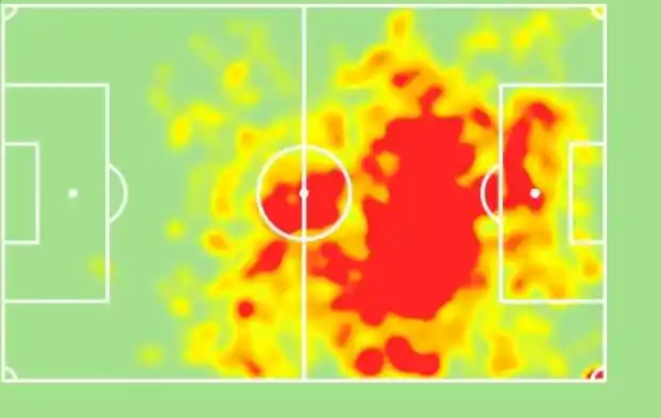 Suarez is in the image below tagged with the blue arrow. He has taken a defender with him while the ball is still at Barcelona's halve of the pitch. If at any point Messi receives the ball, he has two defenders to deal with as one is glued to Suarez. 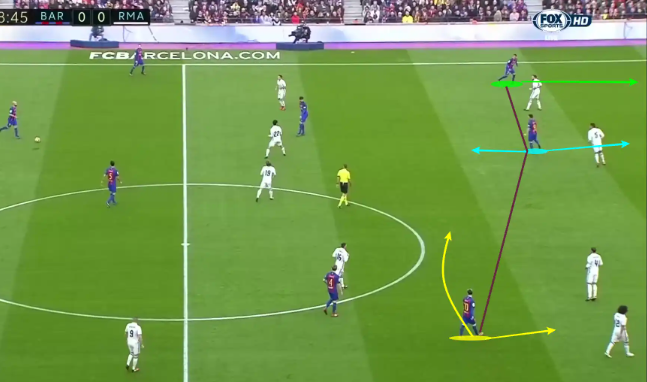 Messi isn't getting younger and he has shown that he doesn't need goals to stay on top of his games with his recent 20 assists and 23 goals this season in the Spanish league with a game in hand to draw the curtain on the league. With his new position, he is slowly becoming the Pirlo and Totti of Barcelona. Those two played until their late 30s and performed at the top of their games controlling the midfield. Pirlo took the chance to perfect his freekicks and ultimately became a Freekick maestro. 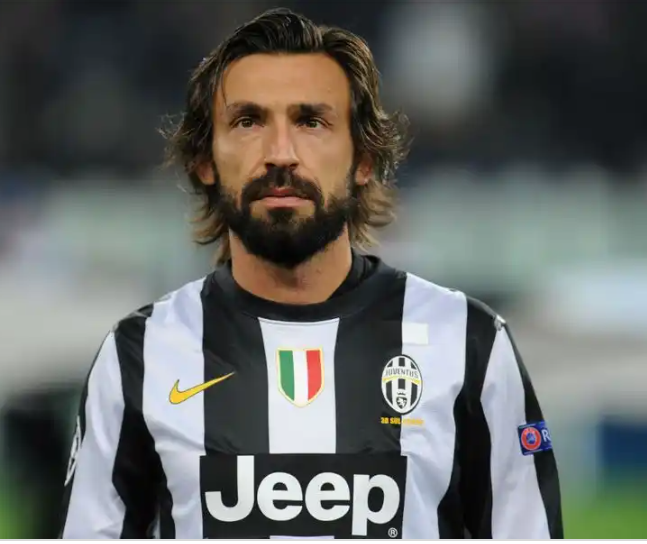 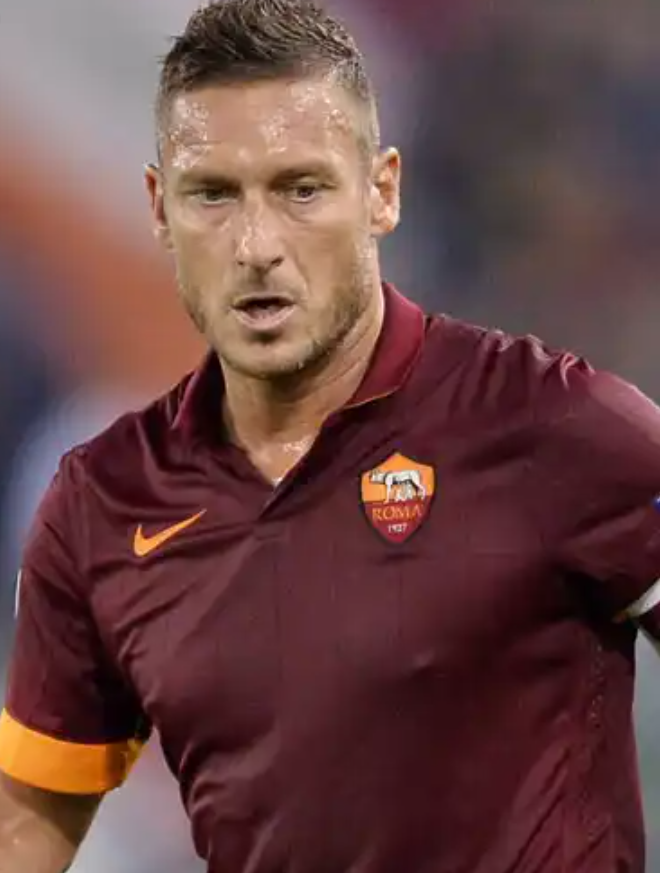 Although this season hasn't been all good for Messi with the introduction of Griezman who plays a similar game to his and the inconsistency of Alba at the left flank made matters worse, Suarez who definitely has been the one who understands Messi's game the most was also sidelined for months. The midfield lacked enough creativity and Messi had to fill in for those in that position by coming deeper countless times to receive the ball and create chances for his teammates at a more frequent rate. 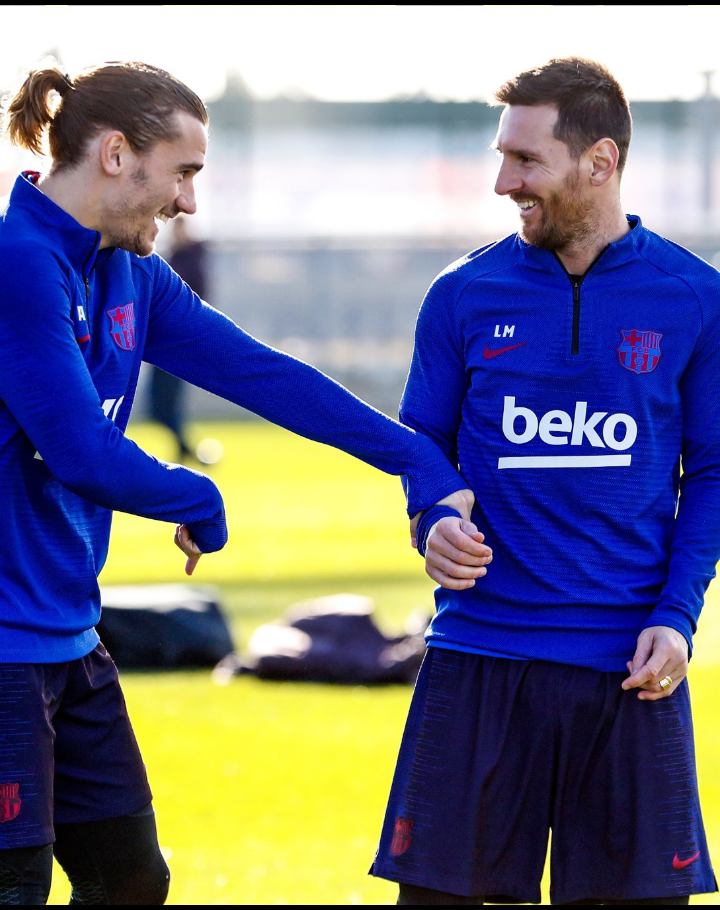 Griezman isn't a natural front-man as Suarez. Suarez does the dummy runs without the ball on him which opens the path for Messi to link up with Alba but Griezman can't because he's also a player who loves to be with the ball at all times hence the conflict of interests. 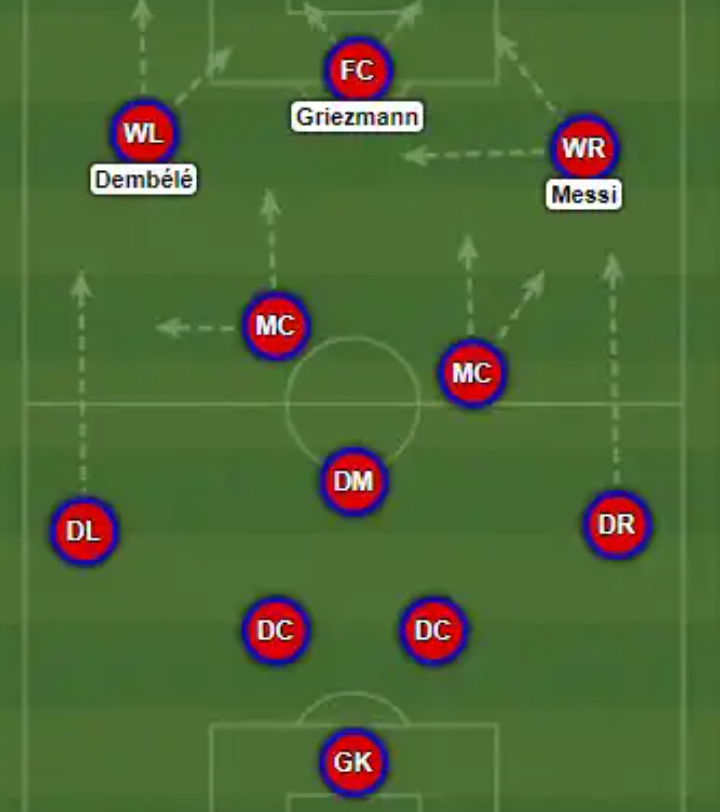 If things get back to normal and Messi goes back to being the guy who gets the ball from the midfield, partners well with a teammate, he's bound to cause opponents more trouble going into his 40s. He doesn't need to sweat it out, he just need to let it flow. He is gradually becoming that person and consistency in that role is what he only needs.

With a year left on his contract and his misunderstanding with the top management of the club, Man City tops the list of his destination if he eventually leaves and with Guardiola there, we are likely to witness another '2009' version of Messi just that he wouldn't be positioned as a 'false 9' now but the Pirlo or Totti of Man City in a more deeper role just in front of a new 'Fernadinho.' 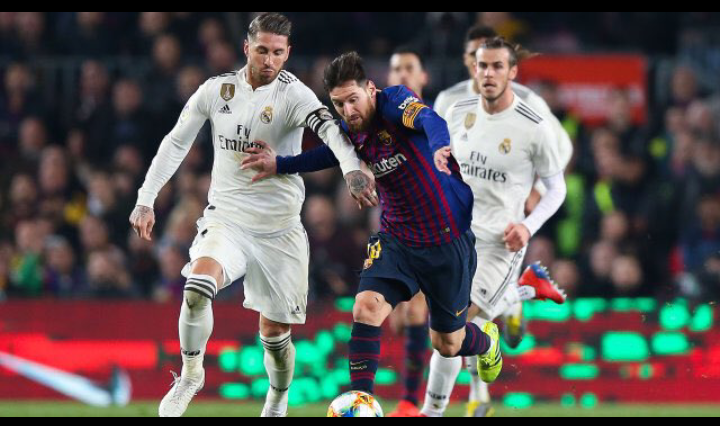 If he maintains his new found role in the midfield, he would definitely be able to sustain his game style and position into his 40s just the way Ronaldo has changed his style by positioning himself in the 18-yard box most times and cutting down his runs at the flanks which demanded more energy and stamina.

They are both getting old. They both needed the change in their game style and position and it's working for them gradually. 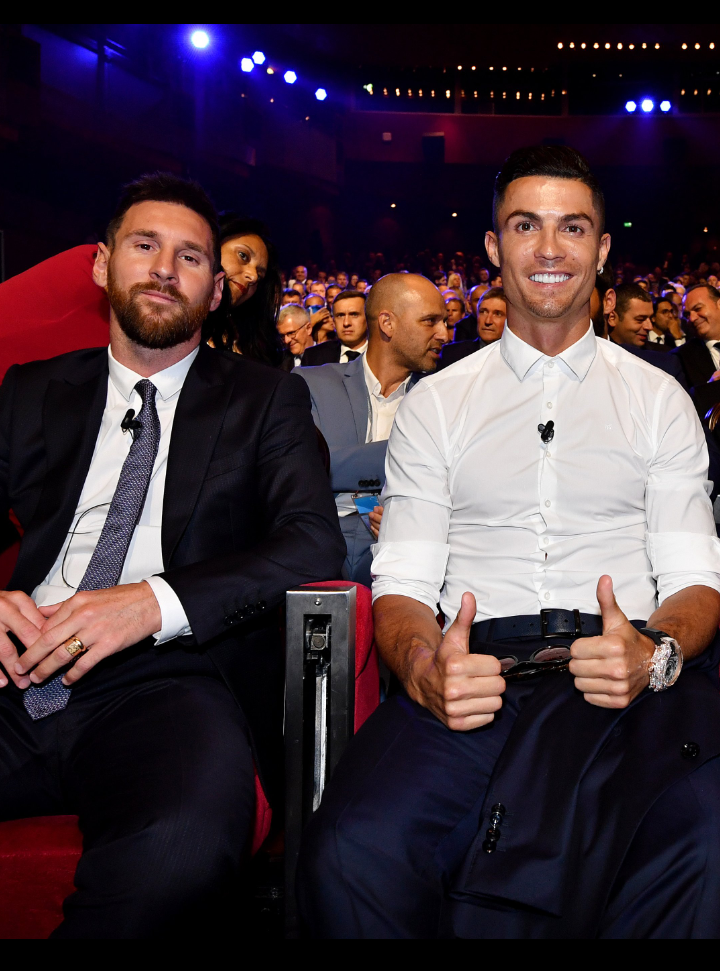 With a game to go and Messi missing out on the La Liga trophy, he sits on 20 assists and 23 goals in the league this season. There could be a silver lining for him in the season if he clinches the Pichichi award for top scorer. He's closely followed by Benzema.

Do you think Messi's deeper 'ball-playing playing midfielder' style would permit him to play into his 40s, as usual let's hear your views in the comments section.