By Thejournalist (self meida writer) | 29 days

Forbes gives us a list of the most richest clubs in the world every year.

This year's compilation of richest clubs has been revealed and there has been changes in the top 3 from last year's list compared with this year's list.

With English clubs being dominant on this list, it clearly shows how much value they bring to football.

10. Tottenham Hotspur: You shouldn't be that surprised about them cause they have continued to showcase their worth in the international scenes and also in the English Premier League. They are worth about $2.3 billion currently. 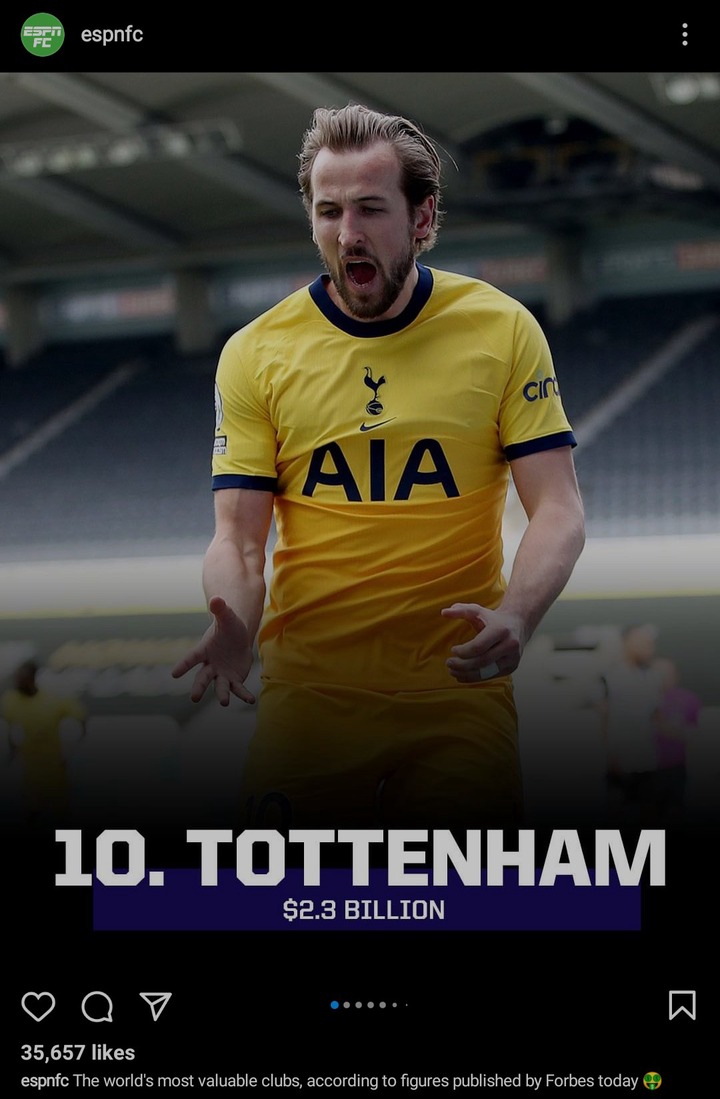 9. Paris Saint-Germain: As at last season, they were on the verge of winning their very first-ever UEFA Champions League trophy but it was halted when they lost in the final to Bayern Munich. They have an awesome squad with the likes of Kylian Mbappe and Neymar. The Parisians are worth $2.5 billion as at this year according to forbes. 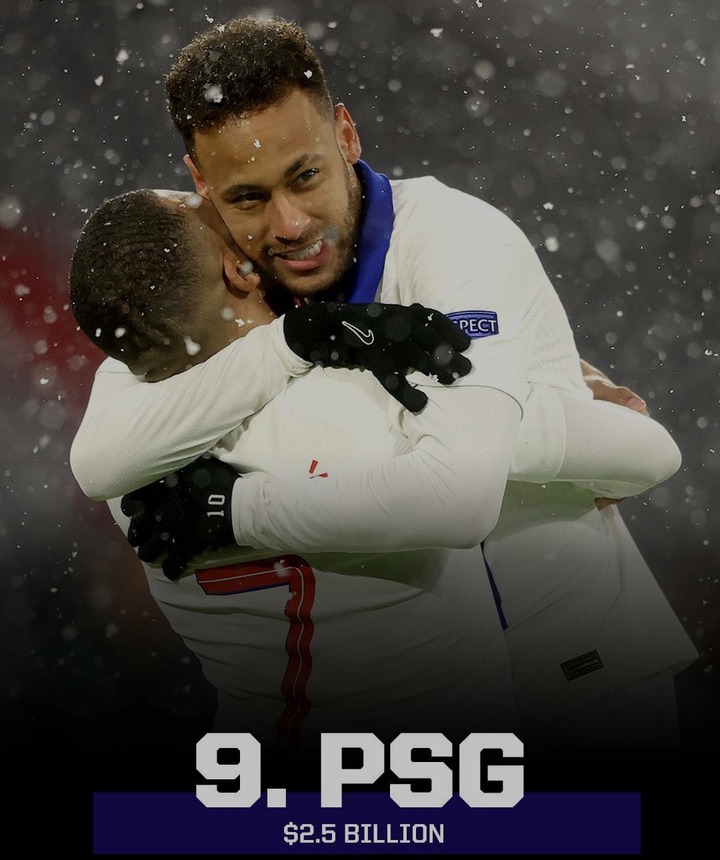 8. Arsenal: Surprisingly, they are still in this list despite not doing quite well in the international scenes. The Gunners are on the verge of not qualifying for any European competition if they don't improve in the English Premier League this season. Gunners are valued at $2.8 billion currently on forbes. 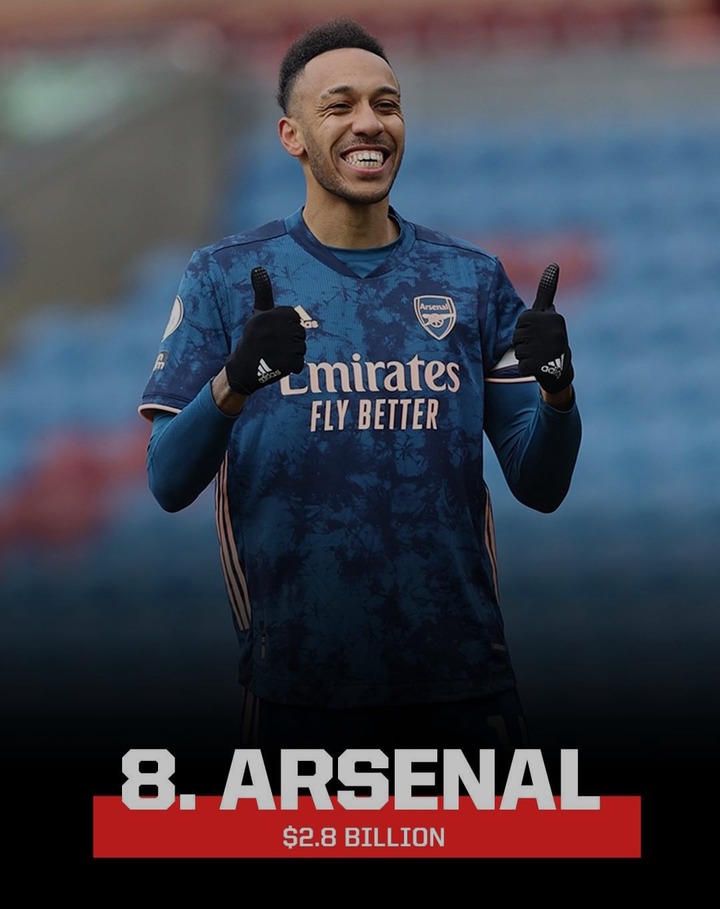 7. Chelsea: The Blues could actually climb more should they win the UEFA Champions League trophy this season but currently they sit at seventh with a value of $3.2 billion according to forbes. 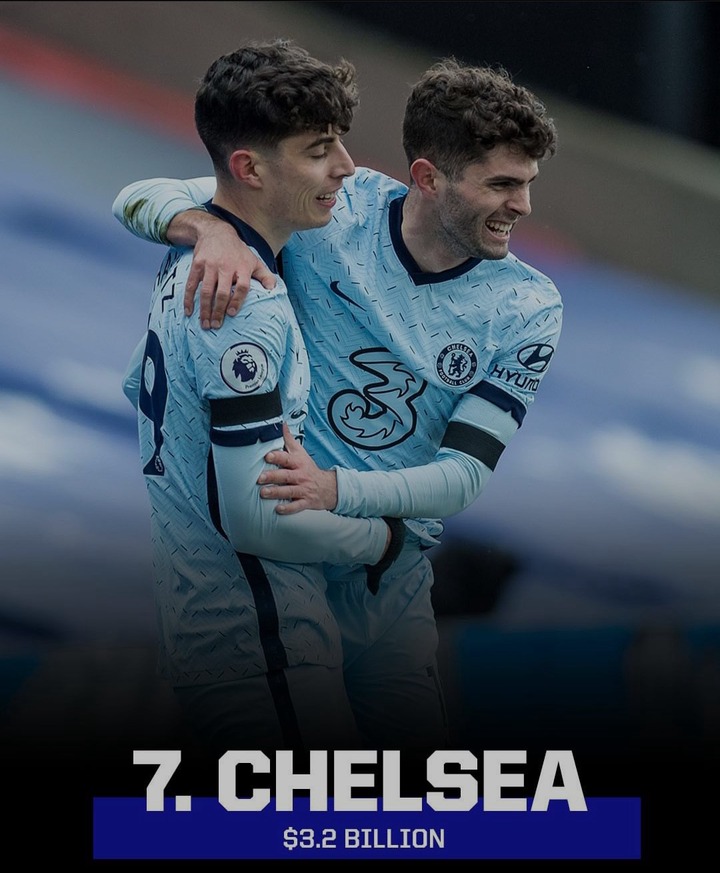 6. Manchester City: Due to their continuous improvement in the international scenes, they have risen up the ranks in recent years to sixth as they have a value of $4 billion according to forbes. 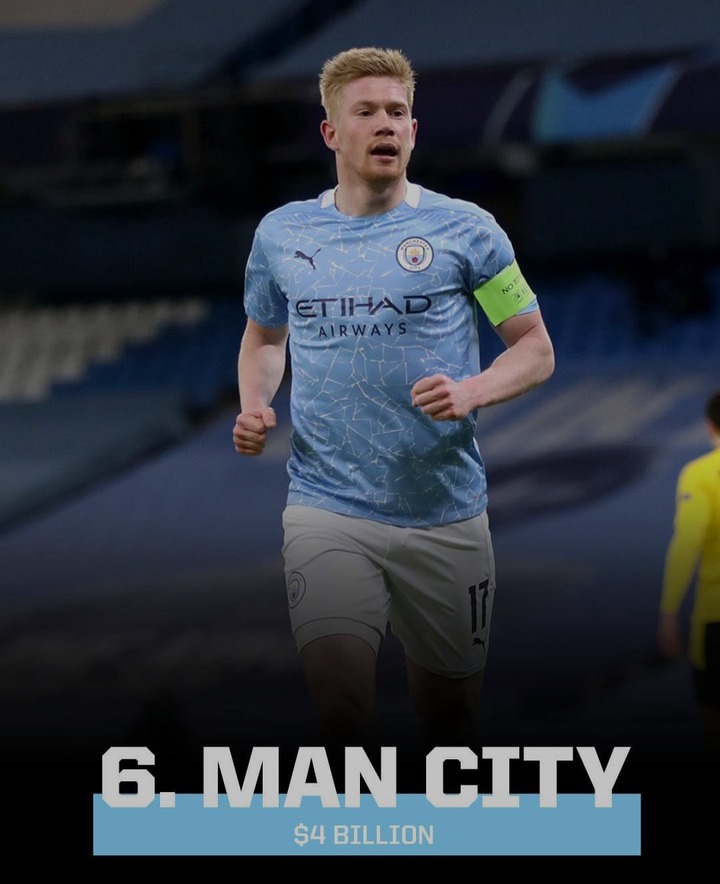 5. Liverpool: With the Reds recent triumphs in the English Premier League and UEFA Champions League, they are fully back to glory days and could eventually win this year's UEFA Champions League title when they eliminate Real Madrid. This triumphant years has made them rise in the forbes list of rankings for richest clubs. They are valued at $4.1 billion currently. 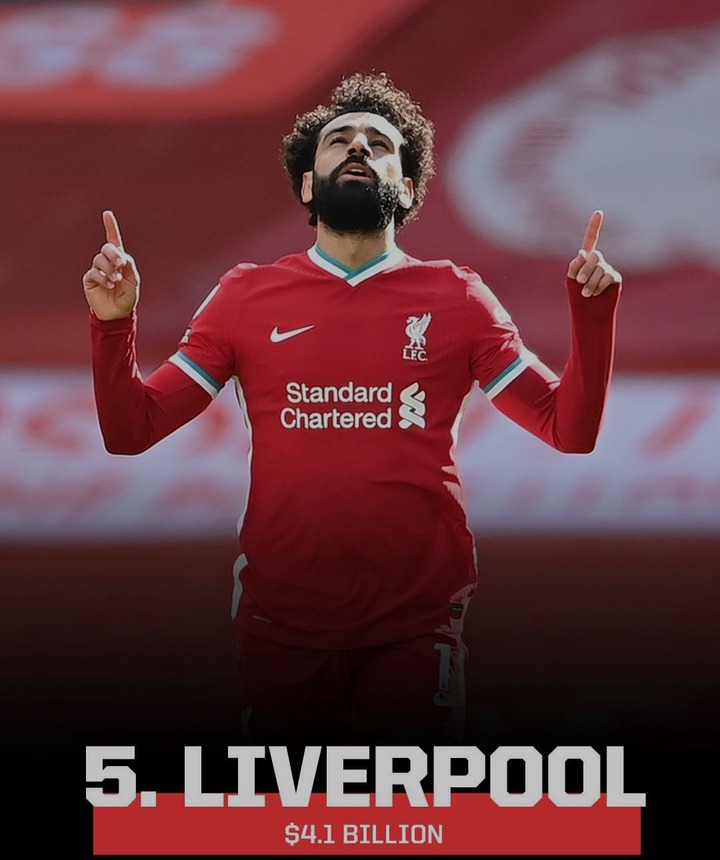 4. Manchester United: The Red Devil's has shown signs of improvement in the English Premier League and also in the UEFA Europa Cup where they could win both, if they continue that way.

Manchester United is ranked Fourth on this list. Surprisingly, they dropped from number 3 to 4 due to the fact that they aren't winning silverwares as expected. The Red Devil's are ranked $4.2 billion according to forbes most valuable clubs in 2021. 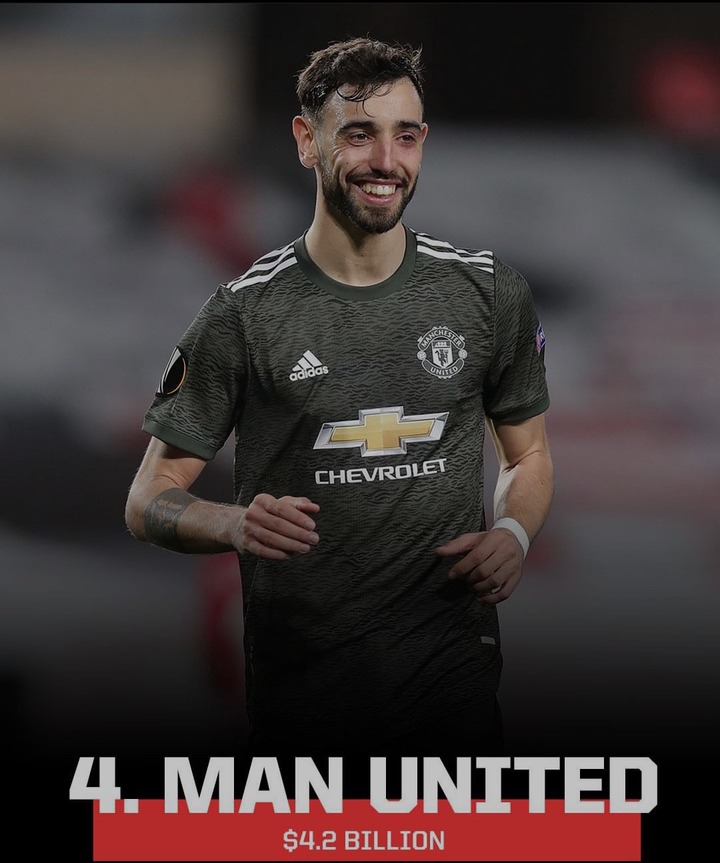 3. Bayern Munich: The mighty Bayern Munich and their entire squad were feared by many clubs last year in the UEFA Champions League and also in their league as they went all round winning numerous trophies. The Bavarians has a value of $4.215 billion according to forbes list. 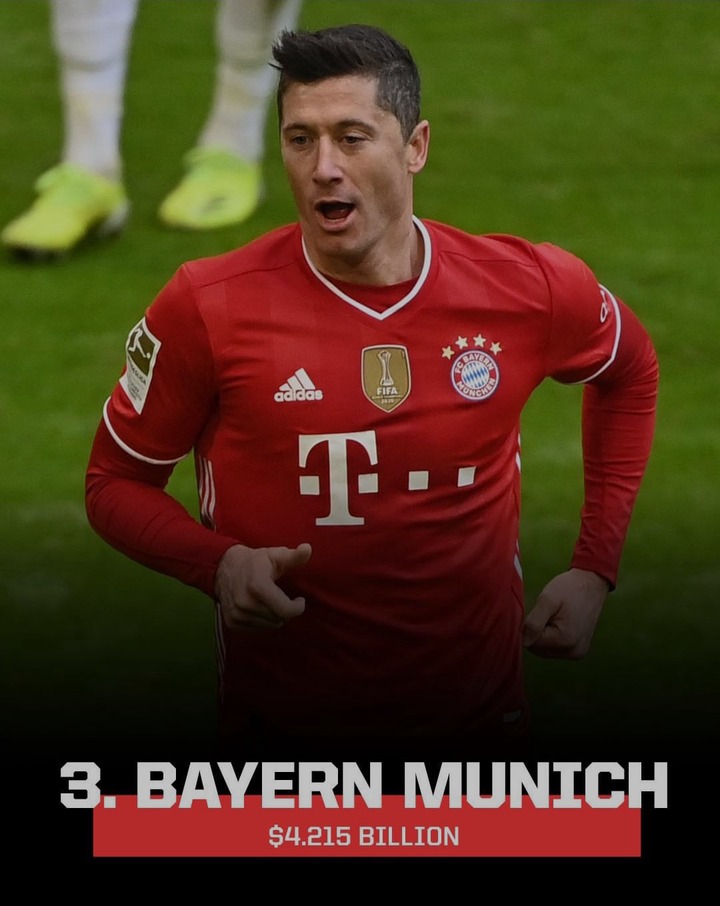 2. Real Madrid: They continue to show reasons why they are on the top and why they are valuable through everything they do. Real Madrid maintains it's second position from last year's forbes list of most valuable clubs in the world. Real Madrid has a value worth $4.75 billion. 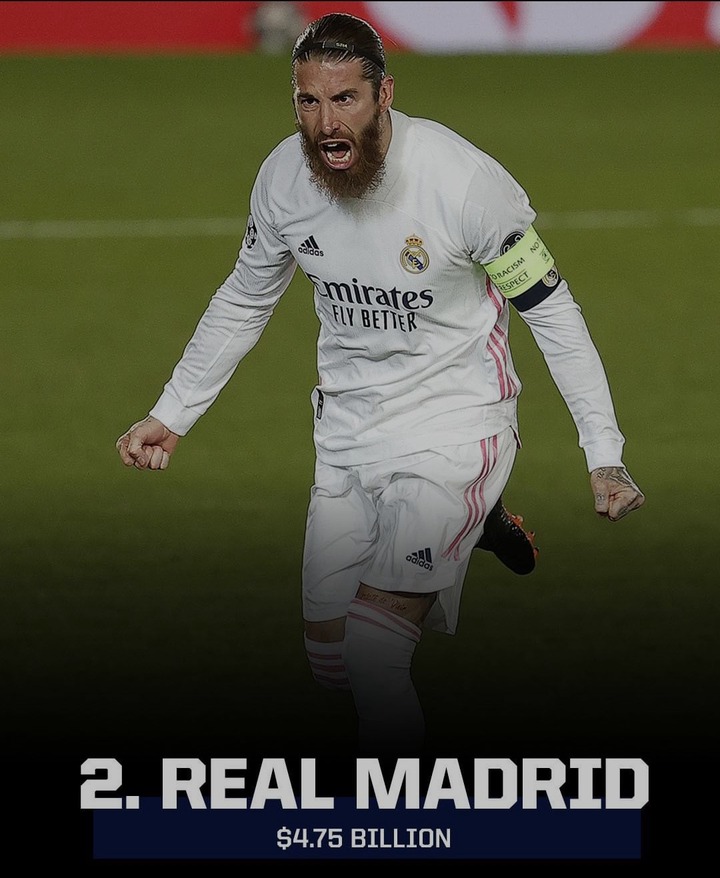 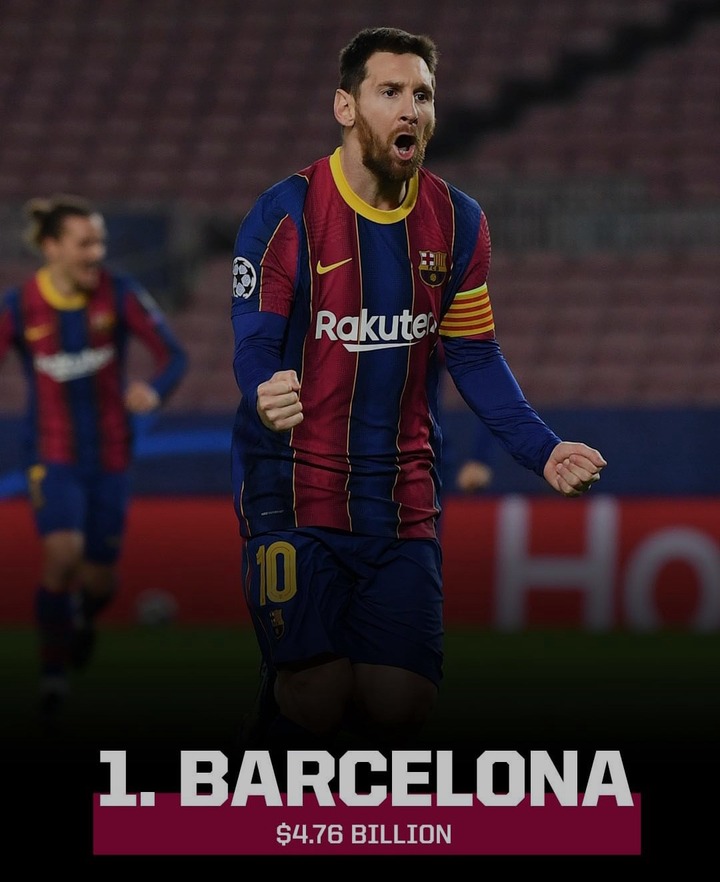 OPINION: Manchester United Could Win Liverpool If Ole Uses This Lineup In Their Next EPL Match

Six (6) Players Manchester United Sold That The Fans Might Be Regretting, Including Romelu Lukaku