Meet the player with most penalties

By Mrlittleboss (self media writer) | 1 year ago 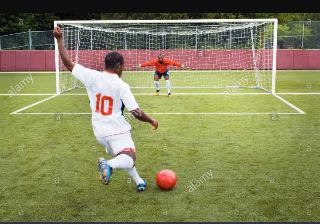 Barcelona , and subsequently joining Inter Milan in 2007. Inter manager Roberto Mancini brought Balotelli into the first team, but when Mancini left, Balotelli's disciplinary record fell away. He had a strained relationship with new manager José Mourinho and was suspended from Inter's first team in January 2009 after a number of disciplinary problems.With doubts over his career at Inter, former coach Roberto Mancini had since moved to

Manchester City and decided to give Balotelli a fresh chance at a new club. He joined Manchester City in August 2010, where his performances and off-field activities continued to be enigmatic and unpredictable. Balotelli eventually fell out of favour with Mancini after a "training ground bust up" between the two in January 2013. His departure from City and return to Italy with Milan followed several weeks later. After 18 months at Milan, he returned to the Premier League with Liverpool . An unsuccessful season with the Merseyside club led to his return to Milan on loan and subsequent departure on a free transfer to

Ligue 1 side Nice . After a spell with fellow French club Marseille in January 2019, he returned to Italy the following summer, joining Brescia.Mario Balotelli might have his moments on and off the pitch every now and again, but as far as penalties go, he's a definite go-to guy—having never missed in his eight attempts. 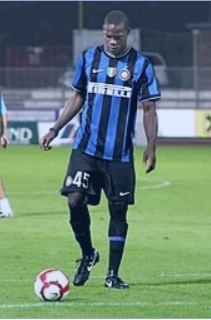 Content created and supplied by: Mrlittleboss (via Opera News )