By MrReporter (self media writer) | 1 year ago 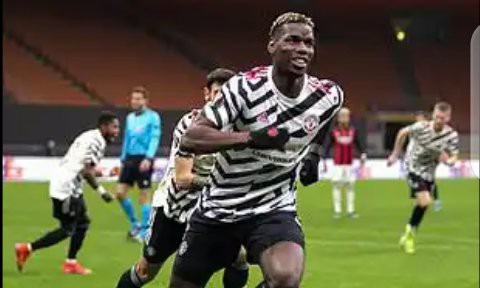 Manchester United have once again prove to the world and fans that there's nothing capable that they can't do.

United in the first half against AC Milan was very poor, but the introduction of one superstar Paul Labile Pogba changed everything totally and it seems his introduction gives Manchester United players More confidence.

Paul Pogba returns to action with a match-winning performance to help his side qualify to the Europa League quarter-finals. 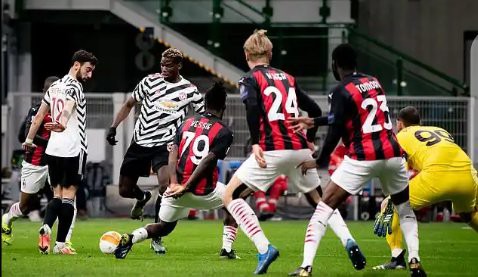 You will recall that Paul Pogba played Last for Manchester United against Everton on 2nd February and since then he has been sidelined because of hamstring injury.

It took Paul Pogba only three minutes on the pitch to showcase his masterclass Performance and help Manchester United over the line.

Although, Manchester United fans have reacted to his performance, Everyone was amazed with the introduction of Pogba.

A fan tweeted last night saying Pogba is a level above the rest of the 21 players on Pitch. Another United fan tweeted with the username, Master Wayne his tweets reads, "Pogba is inevitable." He completely unlocked Bruno.

Nevertheless, Pogba’s display at the San Siro is a definition of a super substitution! All thanks to Ole Gunnar Solskjaer for introducing the superstar.