By tosinek (self media writer) | 1 year ago

Barcelona suffered a very huge defeat in the hands of the bundesliga Champions Bayern Munich in Lisbon after loosing eight goals to 2 in the UEFA quarter final. This has stirred a lot of reactions in the club as to the leadership of the club, most importantly the coaching department which have been full of ups and down since the departure of Pep and Luiz Enrique. 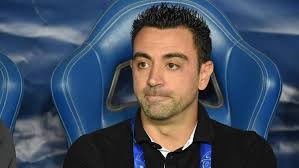 A managerial list has been provided with a list of managers and Coach that could take up the giant task of coach one of the European best club. One of the favorite on this list is the former midfield of the club; Xavi Hernandez who happens to also be the present football manager of the Qatar football team Al Sadd. owing up to Xavi successes in the club as a player and also on his coaching prowess, he's deem fit for the job, but on different occasion, Xavi has turned down the club offer, claiming this is not the right time for him to take up such huge task. 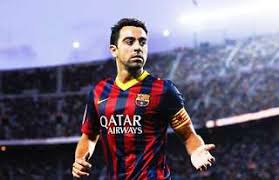 A close look has been taken to see the major reason why Xavi have been drawing back from taking the huge task and a prominent one is the current Barcelona Board and Jose Bartomeu being the current Board President, whom everyone is tired of and they are waiting for his tenure to lapse so he could be voted out in a year time, as no one is happy with the present Board. 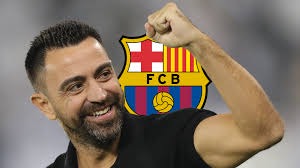 Xavi does not want to go in for a year with this president and not many other managers want to go in knowing that in a year's time a new president is going to be announced and when that new president makes his campaign, they will all have their managers that they are putting on the ticket. Xavi if he backs one, that person will probably win. The question now is who want to manage the team for a Year only to get fired when the new President comes In? This is the major reason why Xavi is drawing back so He could probably come in with the new Board Leadership amidst his demand for the club to include Puyol and Jordi Cruyff as Assistant coach in rebuilding a dream team for the club

what do you think about Xavi interests of not taking up the coaching job now, a good or a bad one?

Feel free to drop your thoughts in the comment secction.

Content created and supplied by: tosinek (via Opera News )