Some of the best free transfers in football history 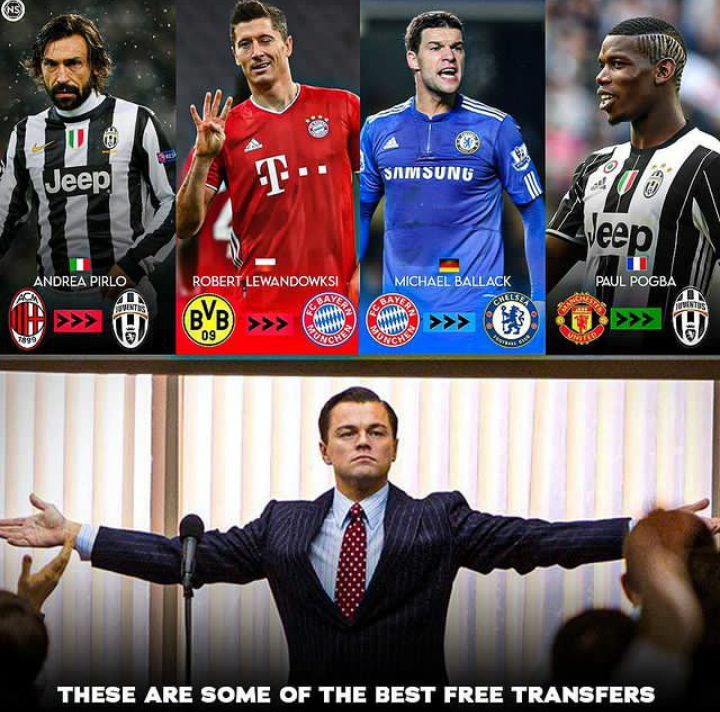 The 41-year old Italian Coach and former football player joined Juventus from AC Milan for free in 2011 on a contract till 2014. He made his first debut against Sporting CP in a 2-1 lost. He recorded his first and second assist during Juventus 2-0 win against Parma. He made 164 appearances scoring 19 goals before his departure.

The 32-year old Poland international joined Bayern Munich on a free transfer in 2014. He signed a pre-contractual agreement while he was at Borrussia Dortmund in 2013. He has made 325 appearances scoring 288 goals since joining Bayern Munich.

The 44-year old German international and former footballer joined Chelsea on a free transfer on May 15, 2006. He made his debut for Chelsea on July 31, 2006 in a practice match at UCLA's intramural football pitch. He made 166 appearances scoring 25 goals before joininv joining Bayer Leverkusen in 2010.