By DanielSampson_05 (self media writer) | 4 months ago

He is the greatest con-man in the history of football. Using charm and trickery as his weapons, he deceived major clubs into giving him a contract. His name? Carlos Henrique Kaiser – the Brazilian man who “wanted to be a footballer without having to play football.” 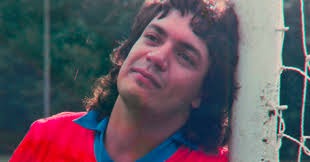 Millions of boys share the dream of becoming professional footballers. Most of them give up once they realize they lack the talent needed to succeed.

Carlos Henrique Kaiser didn’t give up.

Like Leonardo DiCaprio’s character in Catch Me If You Can, Kaiser used his ability to make friends, his daring, and his wit to accomplish something unimaginable. He built a 20-year-career as a striker – despite never scoring a goal.

In the footsteps of Romário and Edmundo

Kaiser’s strategy was as easy as it was effective. In the early 80′s, he made friends with some of Brazil’s most famous players: Romario, Edmundo, Ricardo Rocha, Renato Gaúcho, Branco – the list goes on. Whenever they signed a new contract, they would convince their club to give the ‘talented’ Kaiser a three-month trial contract. Immediately after signing his deal, Kaiser would confess that he needed a couple of weeks to get fit.

So for the next month, he would run laps around the pitch a day, and frequent Rio’s party scene at night, relying on his status as a professional footballer to impress women. 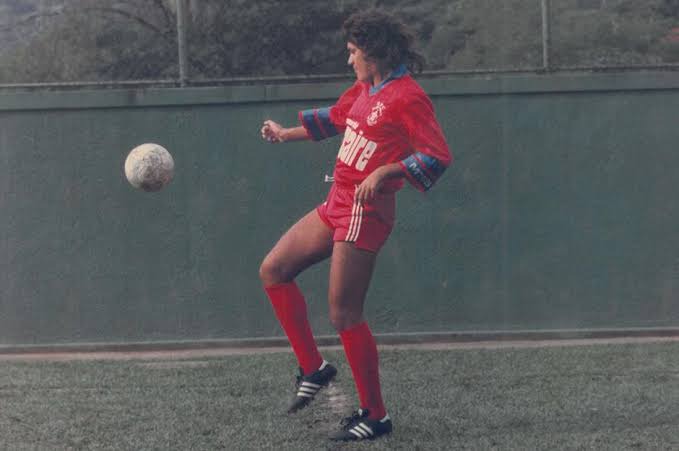 Once the first month had passed, Kaiser would make his appearance on the training pitch. Now part two of his plan kicked into action. “I would have someone pass me a ball, and kick it far away”, he stated in an interview with Globo. “Then I’d grab my hamstrings in agony and the next 20 days in the medical department. There were no MRI scanners in those days, so they had to believe me.”

"Pinocchio has lost. This guy is the greatest liar in football." 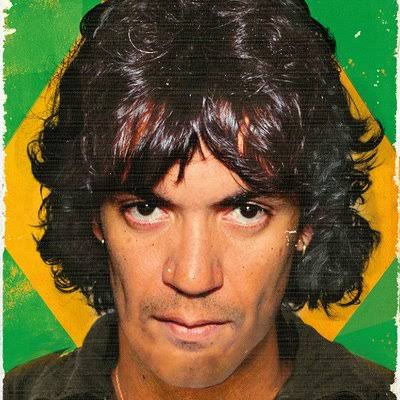 While ‘injured’ he worked to make himself popular with his teammates. “In those days players were not allowed to leave the hotel before a match”, Kaiser stated. “So several days before they would arrive in the hotel, I would rent a few rooms and hire women to stay there. So now when the players arrived, they didn’t even have to leave the hotel to meet women.”

Most coaches and doctors just considered Kaiser unlucky. But some saw through the facade. While at Botafogo in the early 90′s, Kaiser often carried around an early, and huge, mobile phone. He used it to hold extensive telephone conversations in English with, apparently, interested clubs from foreign countries. It was easy to fool his fellow players since none of them spoke English. But the team doctor did. He quickly realized that Kaiser’s English didn’t make any sense. One day while the con-man was taking a shower, the doctor went to check out Kaiser’s phone – and discovered it was a toy phone.

After such incidents, Kaiser simply moved to another club, where he would repeat his successful formula. Aside from Botafogo, he had stints at several other major Brazilian clubs: Flamengo, Vasco, Palmeiras, and Fluminense, to name a few.

While under contract for another Brazilian club – Bangu – and still ‘working on his fitness’, Kaiser faced an unwelcome surprise. He was included in the squad. “The coach assured me I would only sit on the bench. But the team was losing and the coach suddenly told me to warm up.” Entering the field would expose his lack of ability. He had to do something. Quick.

“I noticed that the fans were insulting their teamś players. So I climbed into the fence and launched verbal assaults against the fans.” Kaiser received a red card. Club president Castor de Andrade was furious and demanded an explanation. Kaiser knew what to say. “Before you say anything, listen. God gave me a father, who passed away. But he gave me another”, pointing to De Adrade. “And I’ll never allow anyone to say my father is a thief. But the fans were saying exactly that. That’s why I intervened.” De Andrade awarded Kaiser with a six-month extension.

His biggest challenge yet

A few years later, Kaiser pushed his luck even further. Seeing how all the big Brazilian football stars were making their move to Europe, Kaiser decided he couldn’t stay behind and signed for French club Gazelec Ajaccio. There he faced his biggest challenge yet during his first training session. Hundreds of fans had arrived to witness the undoubtedly wonderful skills of their new Brazilian star.

Kaiser didn’t want to disappoint them, so pulling his old trick – collapsing into agony after his first touch of the ball – wasn’t an option. Instead, to the delight of the fans, he started kicking balls into the crowd. And continued doing so, until there were no balls left. The coach had no other choice than to do 90 minutes of physical exercise, which Kaiser excelled at.

Ultimately, he stayed several years at Ajaccio, which featured in France’s Ligue 2, managing twenty short substitute performances. He finally returned to Rio and ended his impressive career, during which the fabled striker had scored zero goals.