Top scorers in the Premier League in 2021-22: Salah, Ronaldo, and the Battle for the Golden Boot

By robustaction (self media writer) | 1 month ago 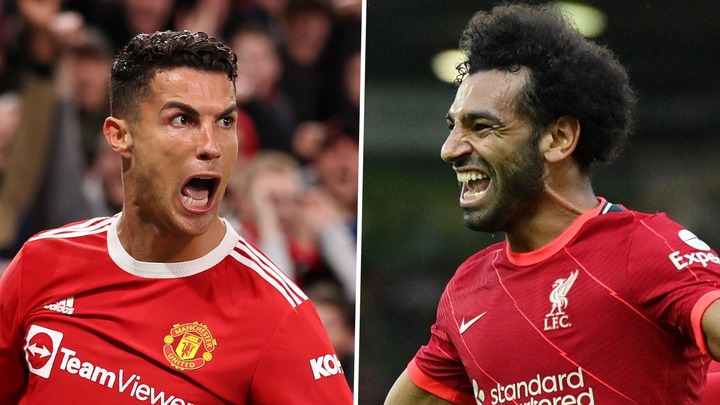 The race is back as the 2021-22 season begins, and there are a few more possibilities for top scorers this time around.

Cristiano Ronaldo has returned to Manchester United, while Chelsea has been bolstered by another returnee in Romelu Lukaku, and both will be eager to write their names in history.

With the battle underway, we present you the Premier League's best scorers this season.

The players with the most Premier League assists in 2021-22 are listed here.

Two-time Premier League Golden Boot winner Mohamed Salah finished second in the race last season, and he is aiming for a third individual prize in 2021-22 as he attempts to lead Liverpool to the crown. Salah has averaged just under 24 Premier League goals a season over the last four seasons and will be hoping to surpass that this season.

Despite being in his mid-thirties, Jamie Vardy has shown no signs of slowing down in terms of goals, and he continues to lead the Leicester City line. Vardy, who has become a legend for the Foxes, will be expected to provide goals for Brendan Rodgers' team during the season.

Michael Antonio, an odd candidate for Premier League top scorer, has scored in double digits in the last two seasons, and the West Ham striker is expected to hit the ground running in 2021-22. David Moyes and the Hammers faithful will be hoping that he can keep that up until the conclusion of the season.

Sadio Mane of Liverpool shared the Golden Boot award with teammate Mohamed Salah and Arsenal's Pierre-Emerick Aubameyang in 2018-19, but his goal return has declined in recent seasons. However, the Senegal international made a statement of intent at the start of the 2021-22 season.

Raphinha, Leeds United's Brazilian sensation, was involved in 15 Premier League goals last season (six goals, nine assists) and has continued where he left off in 2021-22.

Pierre-Emerick Aubameyang has been a steady supplier of goals for Arsenal since signing from Borussia Dortmund in January 2018, and he shared the Golden Boot trophy in the 2018-19 season.

The Brazilian is frequently overshadowed in the goal scoring stakes by Mohamed Salah and Sadio Mane, but he is more than capable of chipping in with key goals for Liverpool.

Bruno Fernandes finished third in the 2020-21 Premier League top scorers list with 18 goals, and the Manchester United playmaker continues to shine. Some thought that the addition of Cristiano Ronaldo would have an influence on Fernandes' goal chances, but the two have worked well together.

Burnley's Maxwel Cornet scored twice in a 2-2 draw with Southampton, his first brace of the season.

Cristiano Ronaldo concluded last season as Serie A's leading scorer with 29 goals in 33 games, and he dispelled any fears that he might slow down on his return to Old Trafford with two goals in his first game back. Manchester United supporters will be hoping that the Portugal sensation may help propel them to a Premier League title chase.