Referees are human, and they make mistakes from time to time. They tend to make decisions that aren't always the best because they're simply humans. Even with VAR, referees are infamous for making mistakes throughout games. A red card can change the outcome of a game because no team wants to go down a man. At various points during the game, referees issue red cards, although not all of them are justified or fair. We take a look at five of the most infamous football dismissals.

5. Pepe in the semi-finals of the 2011 Champions League 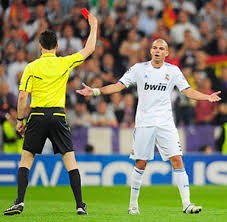 Pepe was sent off for a dangerous challenge on Dani Alves in the first leg of the Champions League quarterfinal in 2011. Barcelona won 2-0 as a result of Pepe's dismissal, with both goals coming after he was dismissed. Real Madrid manager Jose Mourinho received a five-match suspension (later reduced to three) after the game for making disparaging remarks about the dismissal. Real Madrid then produced a video depicting Pepe's tackle, as well as a number of other disputed decisions that went against them. Pepe never made contact with Dani Alves, according to the video, which led Madrid to argue that he shouldn't have been sent off. 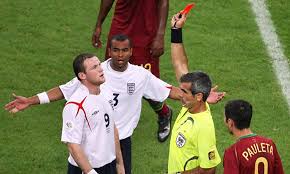 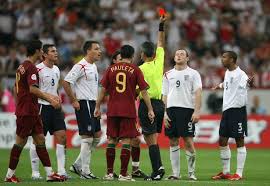 England believed they had a legitimate opportunity to win the 2006 World Cup when they reached the quarterfinals, but they needed to first beat Portugal. Wayne Rooney was dismissed for stamping on Ricardo Carvalho's crotch in the 62nd minute. After numerous Portuguese players approached the referee and confronted him, the official dismissed Rooney. Following that, video emerged of Cristiano Ronaldo winking after assisting in the dismissal of his then Manchester United teammate. England went on to lose against Portugal on penalties, but Cristiano Ronaldo took the brunt of the responsibility for the team's loss. 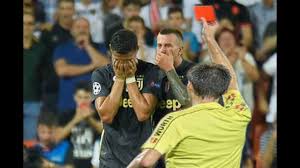 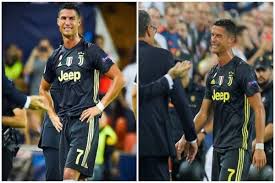 Cristiano Ronaldo's Champions League debut for Juventus swiftly turned into a nightmare when he was sent off against Valencia in 2018, but it was a minor event compared to some of the more notable dismissals. In the 29th minute of Juventus' 2-0 win over Valencia, Ronaldo collided with Jeison Murillo, who joined Juventus for €112 million in July 2018. Murillo fell to the ground, and Ronaldo, enraged by what he saw as an exaggerated fall, appeared to grab the Colombian's hair, eliciting a reaction and was issued a red card. Some thought the sending off was harsh, while others thought a longer punishment was appropriate - but one thing is certain: it pales in contrast to some of football's most infamous red cards. 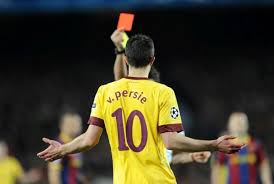 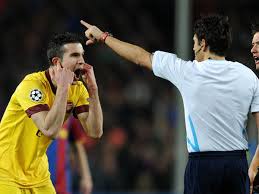 In the 2010-11 Champions League season, Arsenal's Robin Van Persie was sent off for a second bookable offence after kicking the ball away after being flagged for offside in the second half of their last-16 encounter against FC Barcelona. The Dutch striker argued that he did not hear the referee's whistle over the Vocal Camp Nou crowd. The ref did not listen, he then issued a red card to Van Persie. Arsenal manager Arsene Wenger reacted angrily as well. After winning the first leg of the tie at the Emirates, Arsenal went on to lose the match 3-1, finishing 4-2 on aggregate. 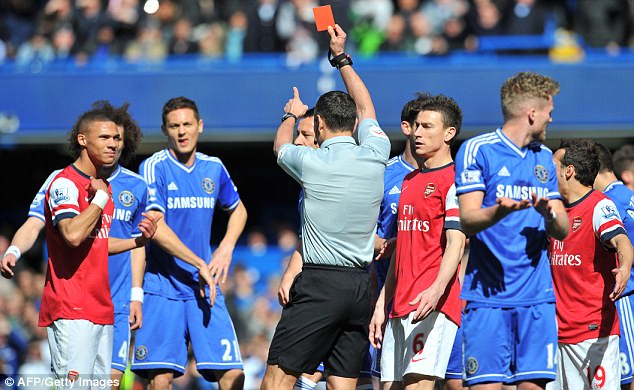 The incident between Costa and Kieran Gibbs is not the first time Chelsea and Arsenal have had a red card dispute. During the 2013-14 season, Kieran Gibbs was sent off for a handball offence at Stamford Bridge. There was a clear handball to deny Eden Hazard, but referee Andre Marriner misdiagnosed the offender, failing to notice that it was Alex Oxlade-Chamberlain, not his teammate, who pushed the ball away. Despite the midfielder claiming responsibility rather than Gibbs, the defender was sent out, and Chelsea went on to win 6-0, despite the red card being rescinded afterwards.