Real Madrid Women moved from being a Victor over Breidablik Women in the UEFA Women's Champions League to struggling at the local League once again, after losing woefully to Toni Payne's Sevilla. Inma Gabarro's 9th and 52nd minute Brace doubled Sevilla's lead before Martinez's 81st minute strike deservedly earn Sevilla a 3-0 and 3 point victory over the las blancas of Real Madrid Women. 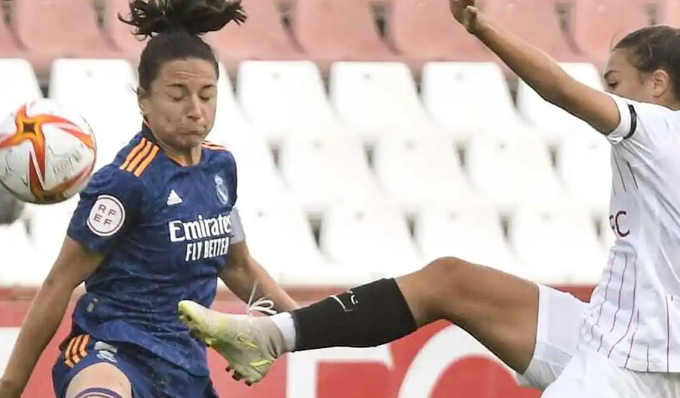 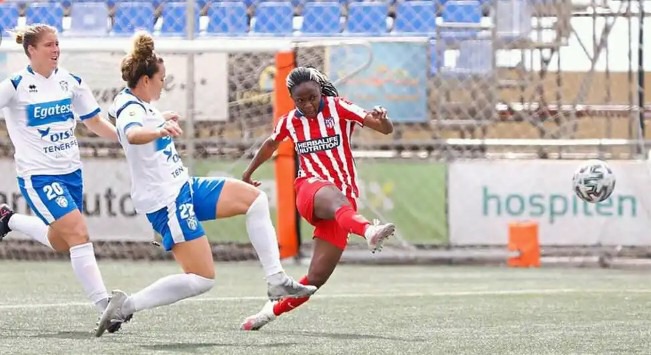 Second placed Real Sociedad Women had their first loss of the season against the highly determined Levante Women after their 0-1 result. Carol's 89th minute goal settled it for the visitors. This loss has now put Real Sociedad on the 2nd spot with 18 points, trailing the League Leaders by 3 points after playing 7 games. 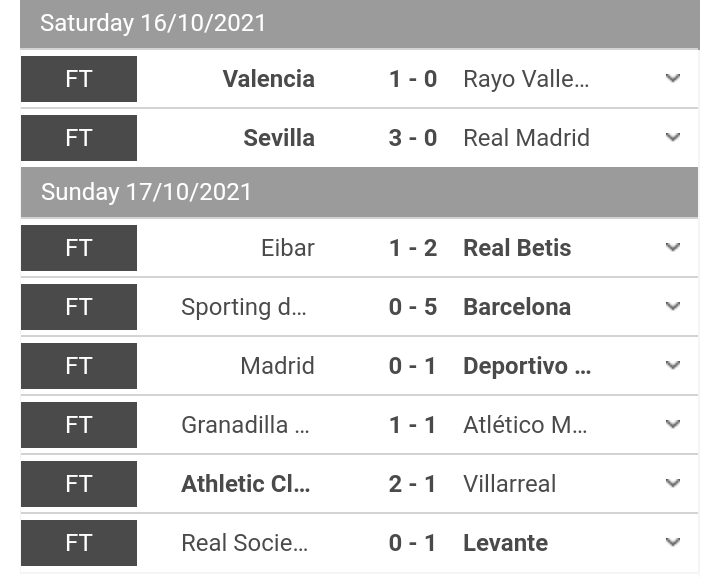 Barcelona Women continue to hold on to the top spot following their 5-0 trashing of Sporting de Huelva on Matchday 7. An own goal by Blanco first gave Barcelona the lead after which Alexia Putellas, Aitana Bonmati and Irene Paredes scored to add more salts to Sporting de Huelva's injury as the Spanish Queens protected the Title won last season. 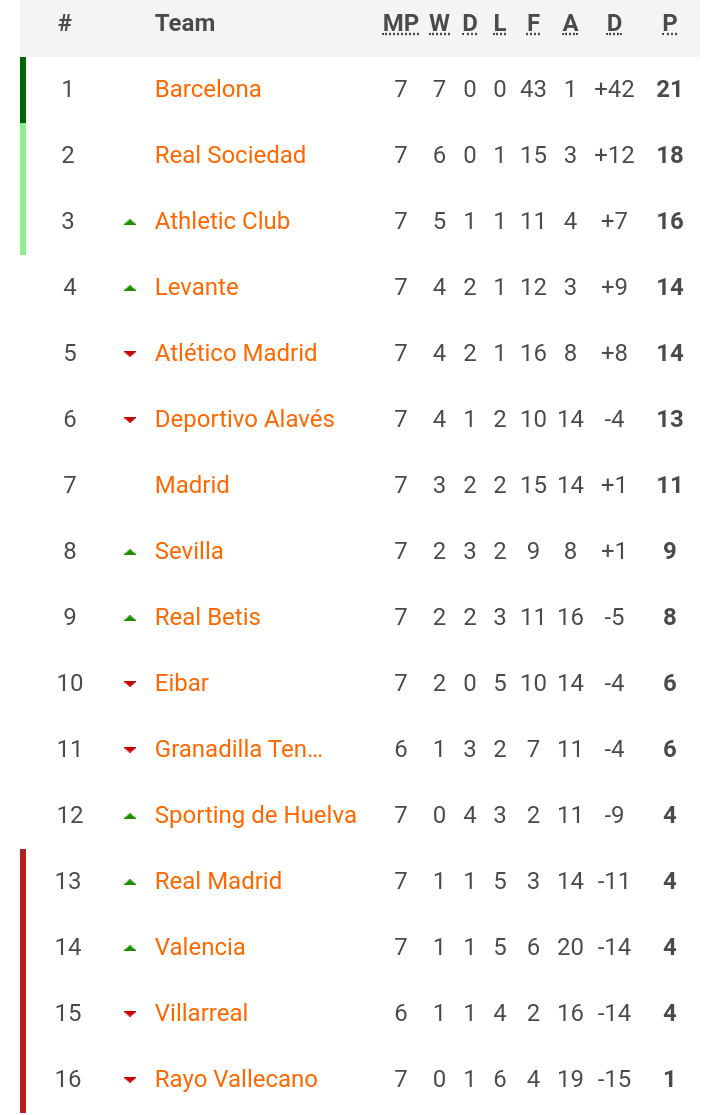 After firing blanks against Deportivo Alaves, Madrid CFF's Geyse's 4 goals in their previous 4-5 win over Real Betis has put her ahead of Nigeria's Striker Asisat Oshoala who also have 8 goals tally this season. 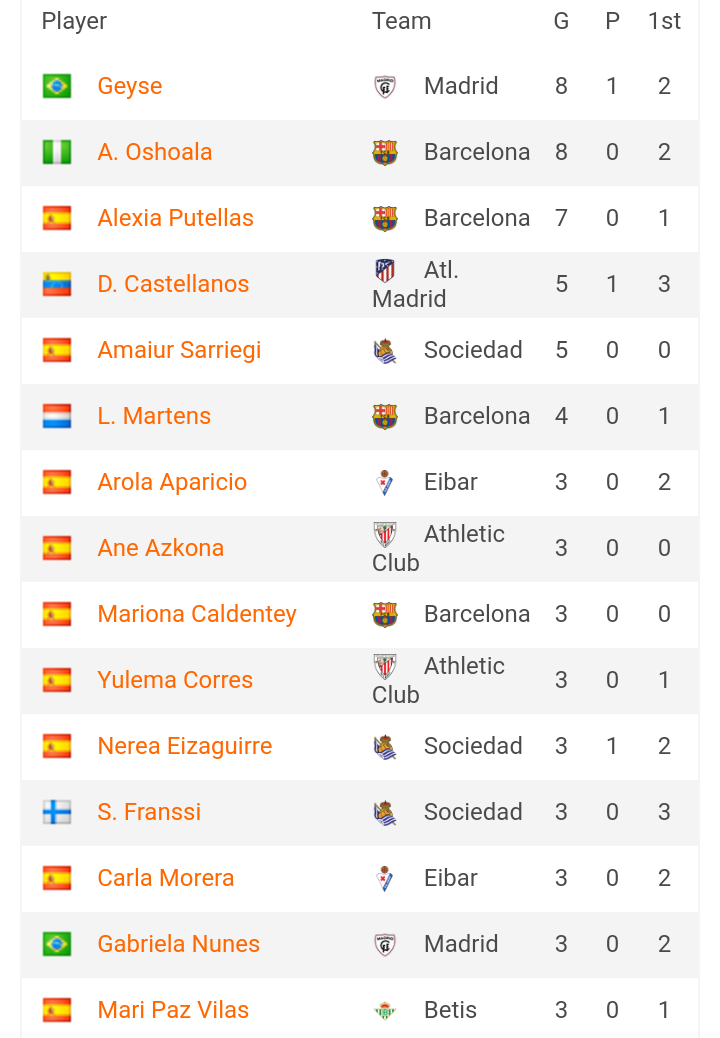 Barcelona's Alexia Putellas also follow closes on the top Scorers' log with 7 goals after contributing to Barcelona's victory on day 7. Atletico Madrid's Castellanos is not left out of the top 4 Goals Scorers after scoring 5 goals for her Club already this season.

As it stands, Barcelona women are still Favourite for the title with 100% record and seems not to have any match in the League, will any Team ever give them a run for their money even as Real Sociedad stumbled in their last game? Follow for more women football stories.