WWE Intercontinental Champion Big E is interested in seeing a potential match-up between Randy Orton and Soulja Boy. The former New Day member recently commented on the Twitter rant between The Viper and the famous rapper.

WWE has seen a rise in interactions between their Superstars and the rapping community this year. Bad Bunny is the WWE 24/7 Champion, and his friend Damian Priest has been exchanging words with Bow Wow. But the most interesting and heated interaction so far has been between Randy Orton and Soulja Boy. The two went back and forth on Twitter, trading insults and jabs. You can read more about it here. 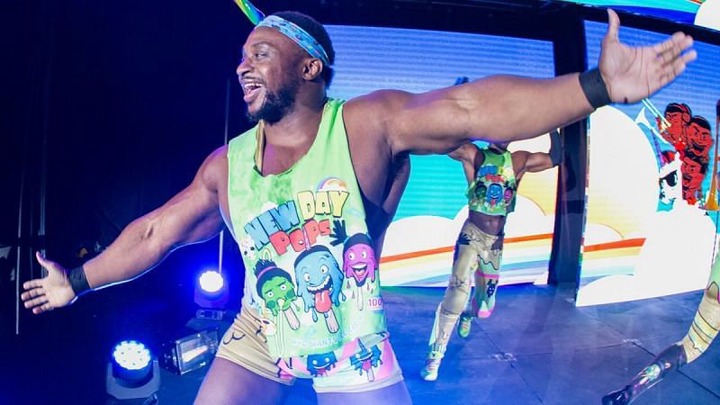 Big E recently weighed in on the argument in an interview with The Root. The IC Champ suggested that this is a perfect opportunity for WWE to build up a WrestleMania 37 caliber match between Randy Orton and Soulja Boy. He feels that an interaction between the two can be set up for Fastlane, and WWE can proceed from there.

" Let’s not shotgun this for Fastlane! We have WrestleMania 37 coming up, in my backyard, in Tampa. Two days, April 10 and 11, let’s build it! We got time to build it, maybe their first interaction can be at Fastlane and then at WrestleMania we payoff the program. This whole burgeoning, like, Bow Wow was beefing with some of my co-workers? We got Bad Bunny, who’s been killing it! He’s been training at the Performance Center, he’s really taken to this. I did not expect this to be a thing, if you asked me about these two months ago, I would not have expected to see all these rapper/WWE Superstar beefs. But here we are, and I’m entertained by it."

What are Big E's plans for WrestleMania 37? A WrestleMania match between the two like Big E wants seems highly unlikely at this point, especially considering WWE wants The Viper into a match with The Fiend.

Big E has made an interesting pitch for WrestleMania 37, but many fans will be wondering what the Intercontinental Champion's plans are for The Show of Shows. As things stand, it seems as if he will be feuding with Apollo Crews and Shinsuke Nakamura building up to Fastlane.

Both Crews and Nakamura have shown a keen interest in the Intercontinental Championship, with the former even changing his entire appearance and personality in the process.

Do you think Big E will head into WrestleMania defending his Intercontinental Championship against Shinsuke Nakamura and Apollo Crews? Share your thoughts with us down below.