By Maxidel (self media writer) | 6 months ago 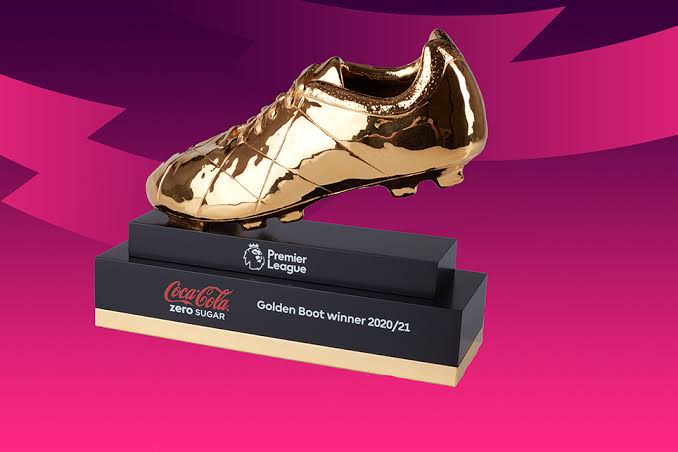 For sponsorship purposes, it was first called the Carling Golden Boot from 1994, but since 2021 it has been called Coca-Cola Zero Sugar Golden Boot.

However, since the commencement of the Premier League in 1992, 24 players have walked away with the the golden boot, while some have collected it once, others have won it twice or more.

In this article, I will be sharing with you the names of each of the 24 players that have won the Premier League's golden boot since 1992.

As a player, Sheringham featured for numerous Premier League clubs, he became famous during his time at Manchester United and scored an important goal in the 1999 Champions League final as the Red Devils won their first ever treble.

Moreso, Sheringham was the first player to win the Premier League golden boot in the 1992-93 season scoring 22 goals while playing for Tottenham Hotspurs. 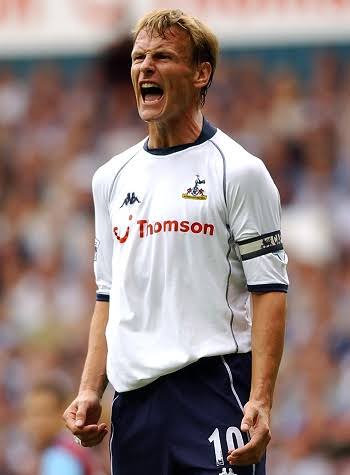 Like Sheringham, Andy Cole equally played for numerous Premier League clubs. His prolificity in front of goals saw him score 34 times as a Newcastle United player to clinch the Premier League golden boot in 1994. 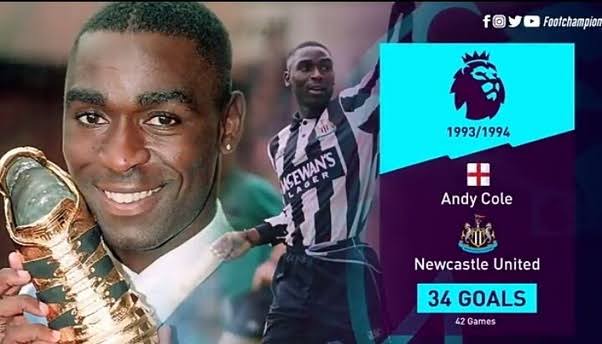 After scoring 18 goals, Chris Sutton was one of the three winners of the Premier League's golden boot as a Blackburn Rovers player in 1998. 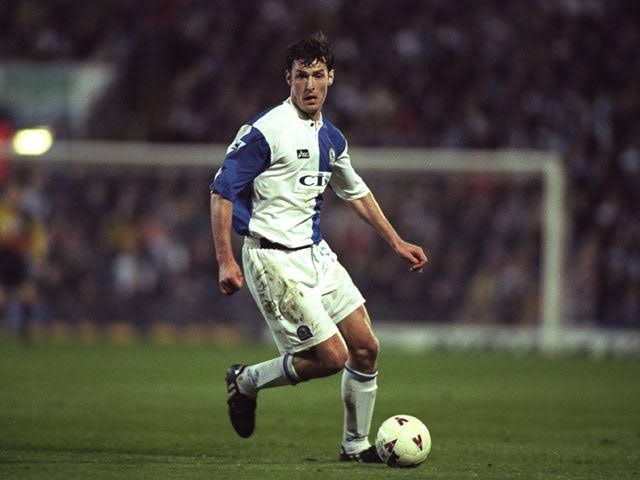 Like Sutton, Dion Duiblin equally scored 18 goals during his time at Coventry City to also clinch the golden boot in 1998. 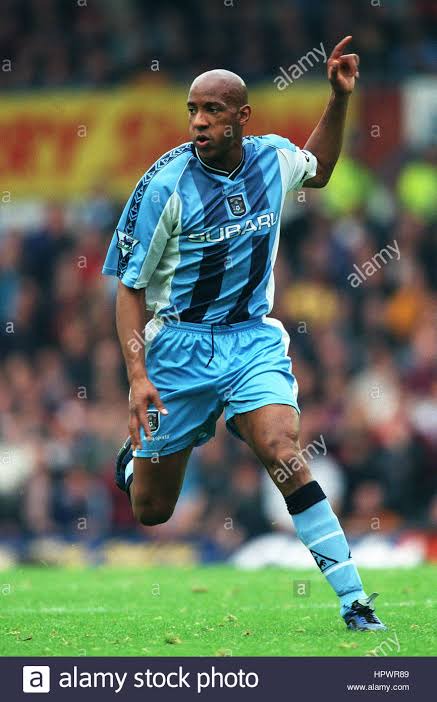 He was the very first non-European player to score a record of 123 goals in the Premier League.

Yorke operated mainly as a striker and registered 33 Premier League goals for Manchester United to become one of the three winners of the golden boot in the 1998-99 season. 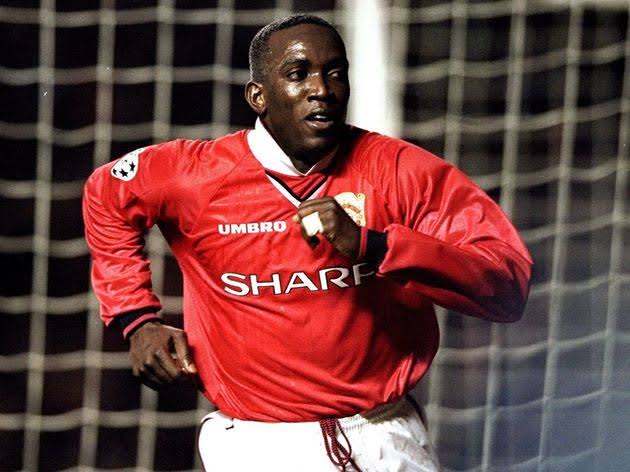 Phillips was the Premier League top scorer in the 1999–00 season with 30 goals for Sunderland, a tally which won him the European Golden Shoe. He remains the only Englishman to win the trophy. 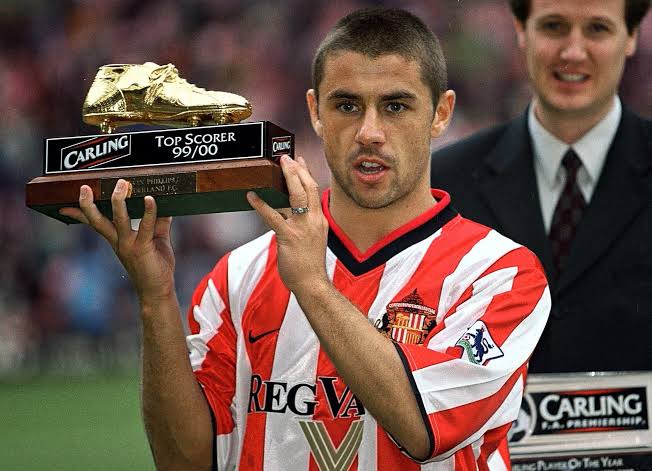 The Dutchman was a highly prolific goalscorer and stood out in his career for his outstanding finishing ability. 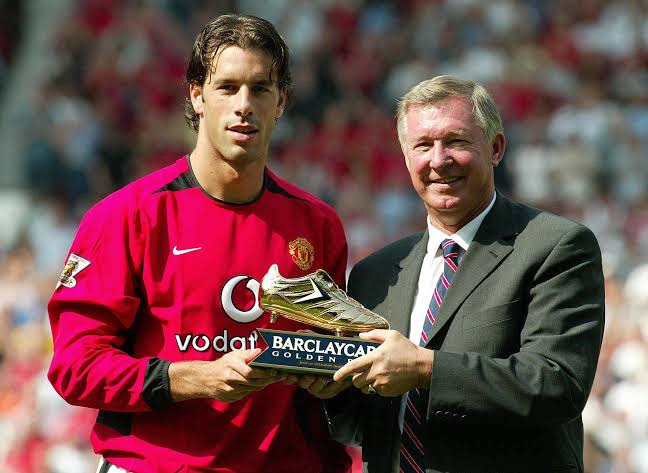 His name alone terrified defenders in the Premier League. In the year that he won his first golden boot, the Portuguese International equally won the Ballon d'Or after a magnificent season with Manchester United. 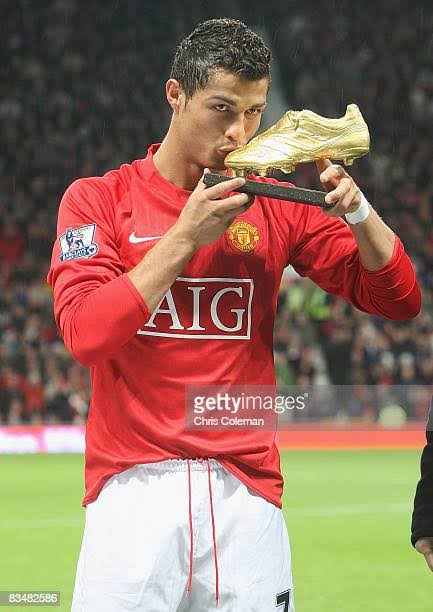 The lanky Chelsea striker won the golden boot after scoring 19 goals in the 2008-09 Premier League season. 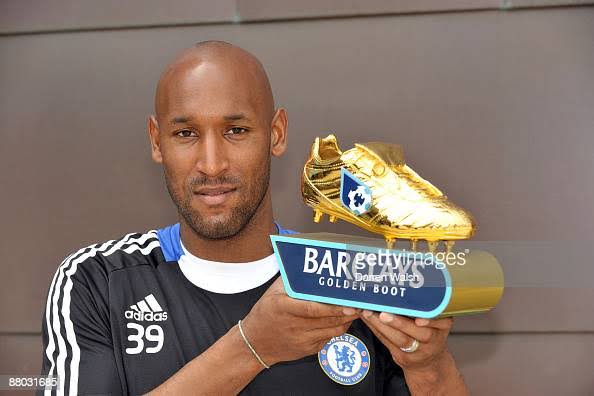 The ferocious Argentine had an acumen for goals. While playing for Manchester City, he bagged 20 goals for the Citizens in the 2010-11 campaign to finish as joint top scorer. 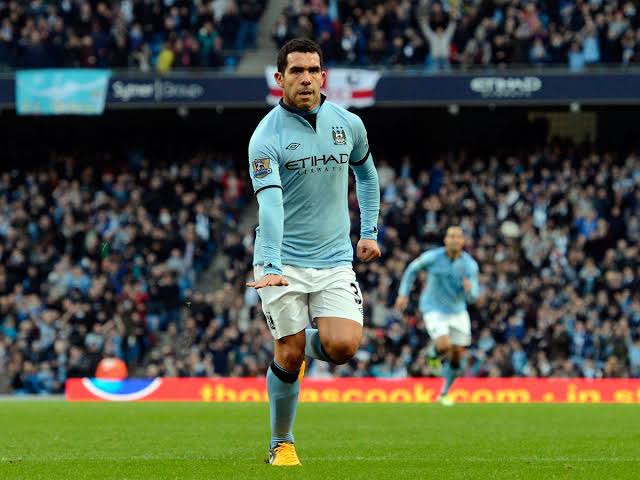 In a season that Manchester United beat Liverpool to win a record 19 Premier League titles, the Bulgarian won the golden boot after scoring 20 goals alongside Carlos Tevez. 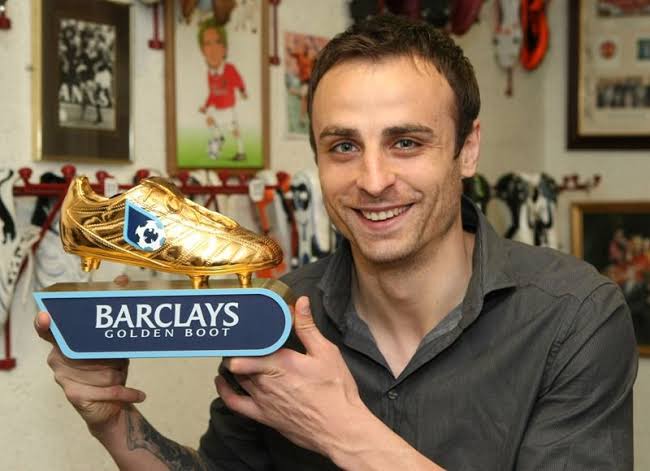 Suarez was a sensational signing for Liverpool.

Upon his arrival, the Uruguayan immediately settled in with the goals. In the his final season at Anfield, he scored 31 times to clinch the Premier League golden boot back in 2014. 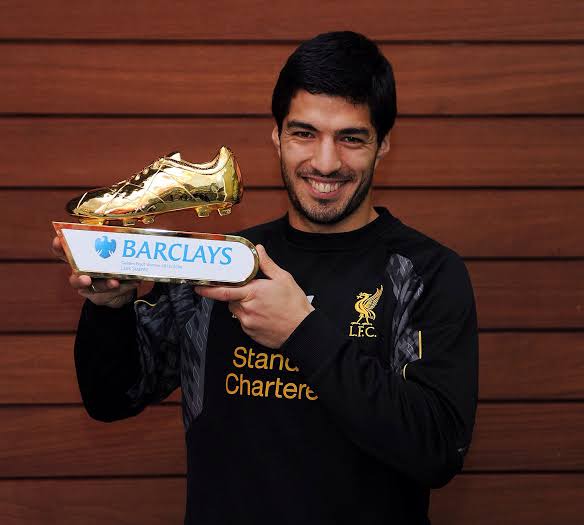 The Argentine succeeded Luis Suarez in the golden boot award bagging 26 goals for Manchester City in the 2014-15 season. 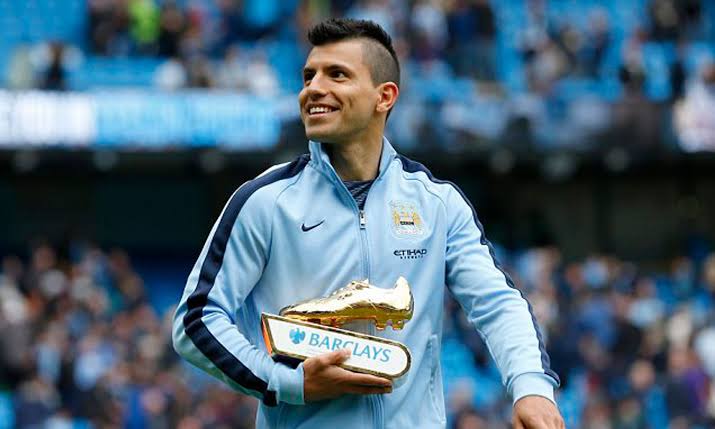 The Gabonese had one of his best seasons at Arsenal when he scored 26 goals to emerge as joint winner of the Premier League golden boot in the 2018-19 campaign. 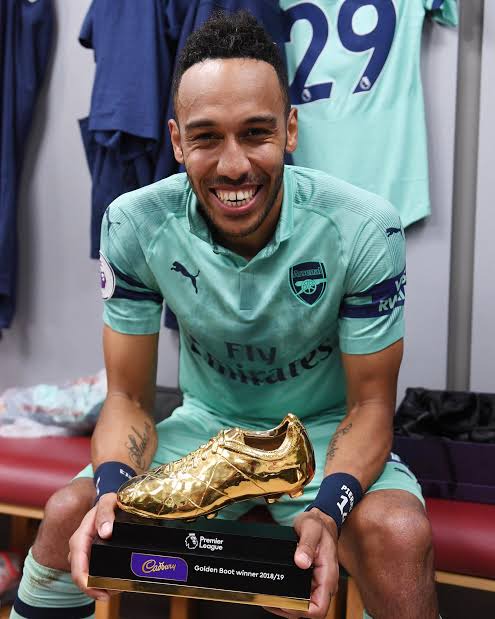 Mane has been one of the best players for Liverpool and Africa in the last few years. Like Aubameyang, the Senegalese found the back of the net 26 times in the 2018-19 season to share in the golden boot award. 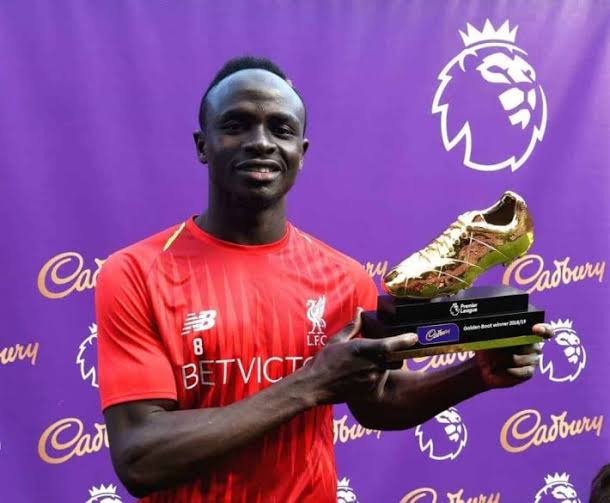 Vardy has been one of the best goalscorers in the Premier League in recent times and it comes as no surprise that he equally laid his hands on the golden boot for scoring 23 times in the 2019-20 campaign. 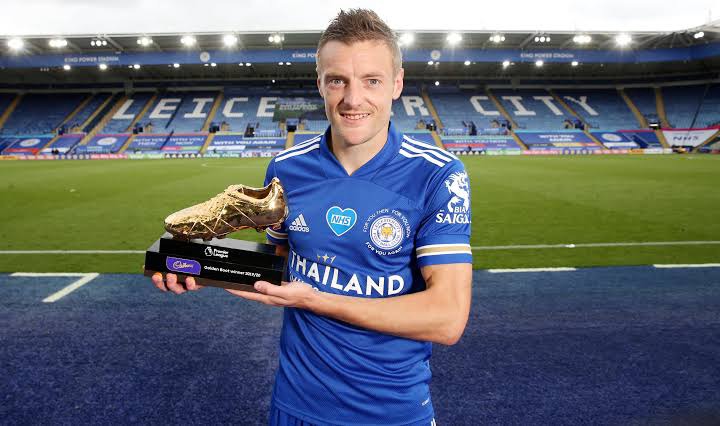 On both occasions, he scored 18 goals apiece. 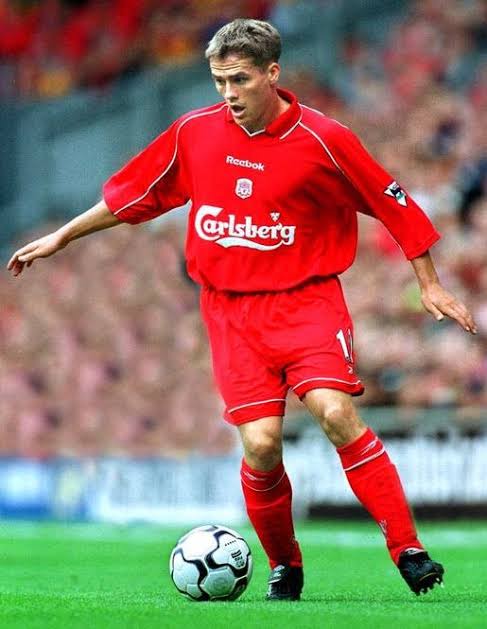 Although he played for Chelsea, the Dutchman was somewhat unknown to plenty of football fans.

However, he did receive two Premier League golden boots, first in 1998 at Leeds United for scoring 18 goals and another in 2001 at Chelsea with 23 goals. 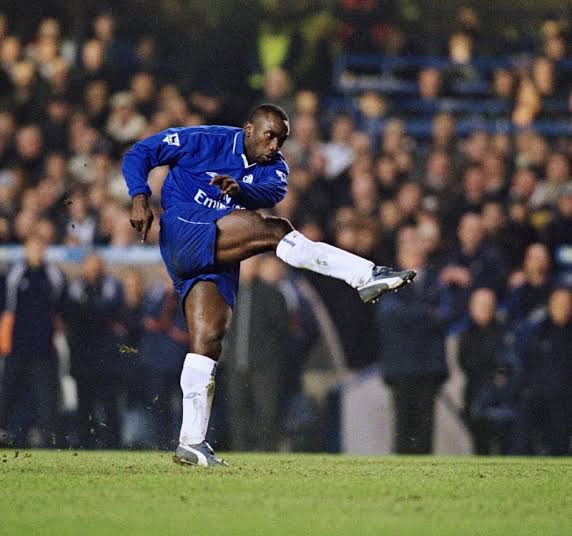 The list cannot be complete without the legendary Ivorian.

For all his prolificity in front of goals, Drogba won two golden boots as a Chelsea player in 2007 and 2010 scoring 20 and 29 goals respectively. 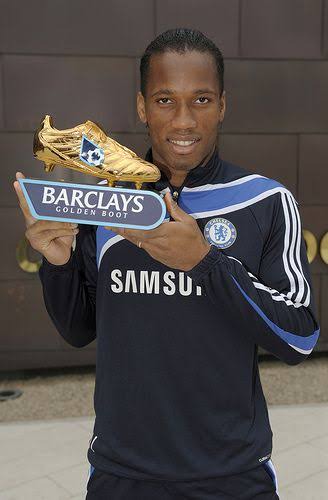 The Dutchman was one of the few players to win the award at two different clubs (Arsenal 2012 and Manchester United 2013).

Van Persie scored 30 and 26 goals on the two occasions he won the award. 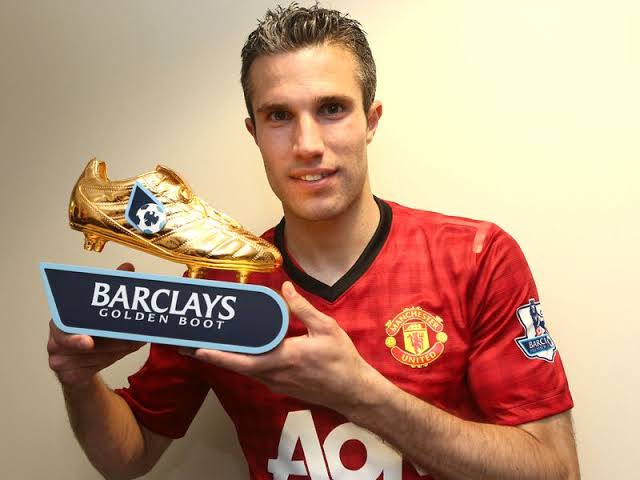 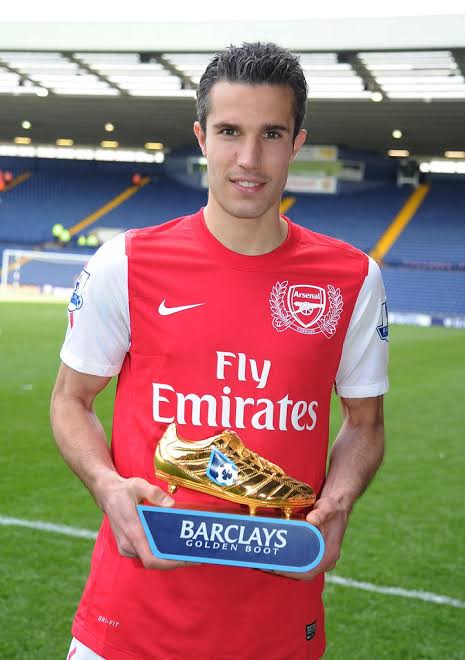 He is perhaps the best left footed player in the Premier League at the moment.

The Egyptian won the 2018 golden boot for scoring 32 goals and added another although as joint winner the following year after scoring 22 goals. 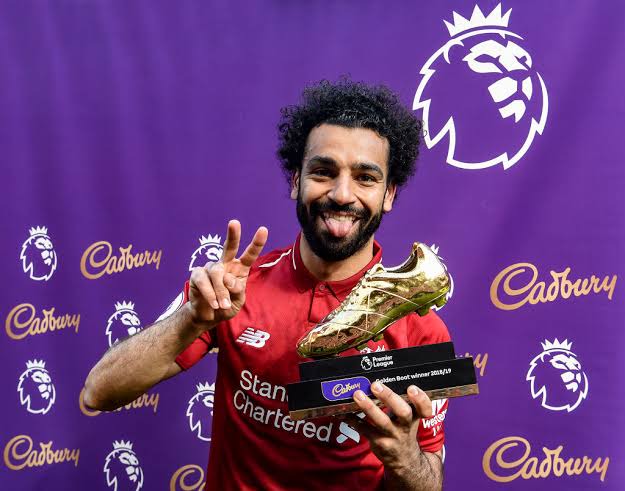 He is the Premier League's record goalscorer, Shearer played for only three clubs in his career and all were English clubs. 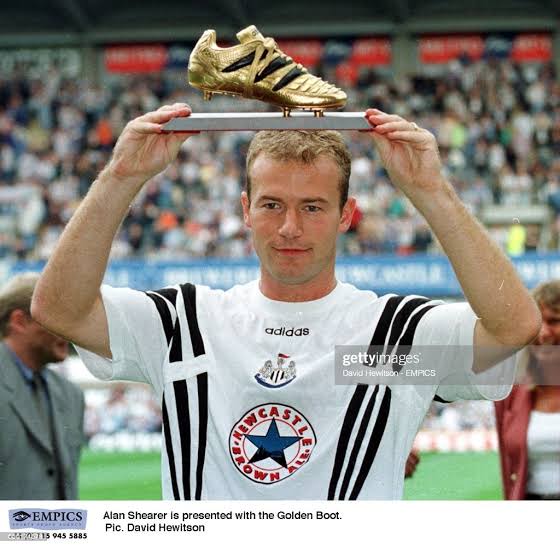 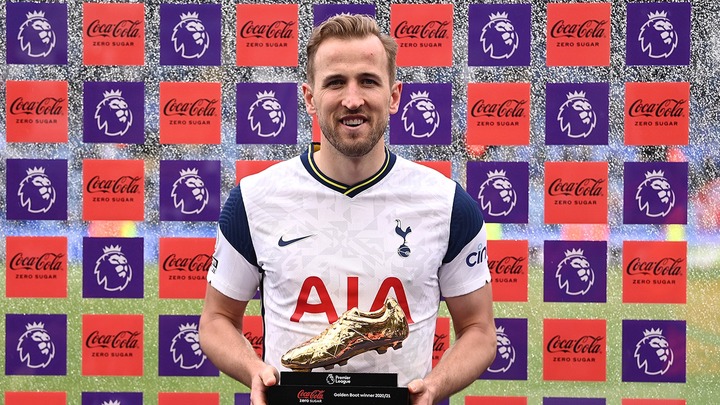 He was part of the indomitable Arsenal's squad that won the Premier League title in 2004.

The French man has the highest number of golden boots in the Premier League. 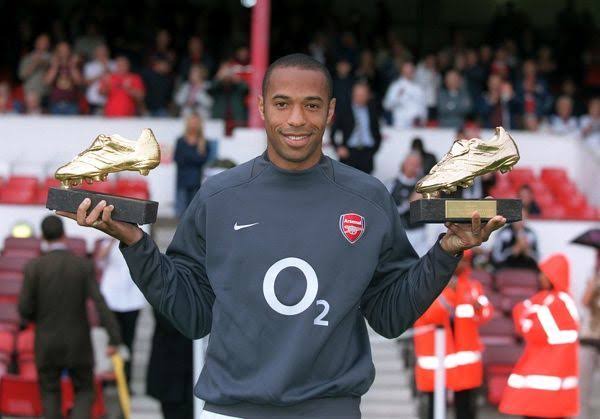 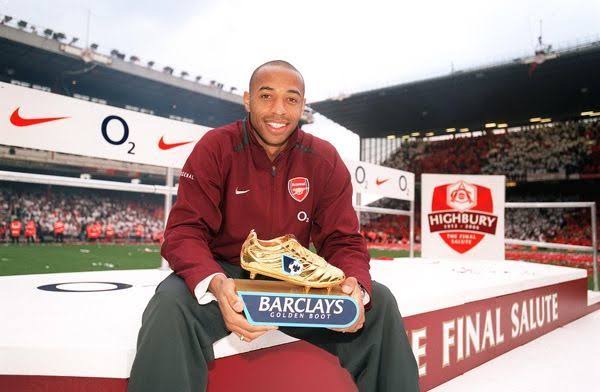