How Manchester United could line-up against Chelsea in their FA cup semi-final at Wembley.

Manchester United takes on Chelsea in their FA cup semi-final at Wembley on Sunday. The biggest challenge for Ole Gunnar's side is the left back position. 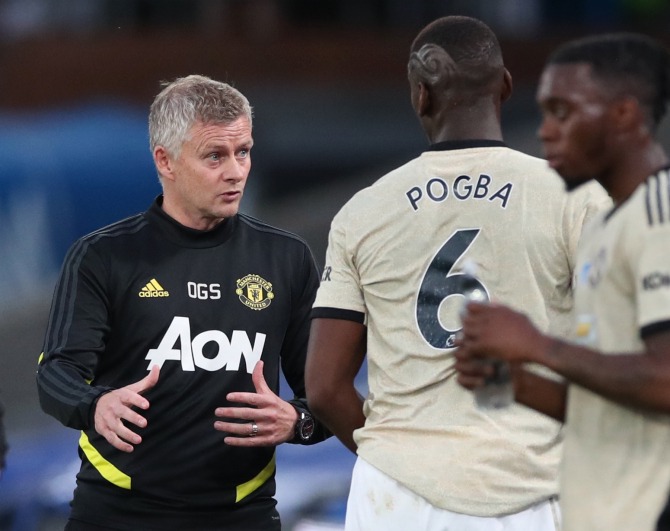 Recall that both Luke Shaw and Brandon Williams, miss the game against Crystal Palace on Thursday wish United won 2-0,courtesy of Marcus Rashford and Anthony Martial.

Luke Shaw who picked an ankle injury and was been replaced by Brandon Williams, who also had a cut above his eyes before Southampton equalize in stoppage time.

Timothy Fuso-Mensah was handed his first start in three years to fill the left back position, and he earned the praised of Ole Gunnar Solskjear after the game.

However, Williams cut is expected to healed in time to face the Blues come Sunday, wish will see him return to line-up.

Scott McTominay replaced the Serbian Nemanja Matic against Crystal Palace, but he was too slow with his passes and thereby been replaced by Nemanja Matic at halftime. Which give the Serb the advantage to start against his former team.

In midfield we will see the same combination of Paul Pogba and Bruno Fernandes, and a front three of Marcus Rashford, Anthony Martial and Mason Greenwood.

Sergio Romero has been preferred between the sticks throughout the FA Cup competition so far this campaign.

However, with it being just two potential games away from lifting the trophy, Solskajer could opt for his star stopper David De Gea instead for this one. 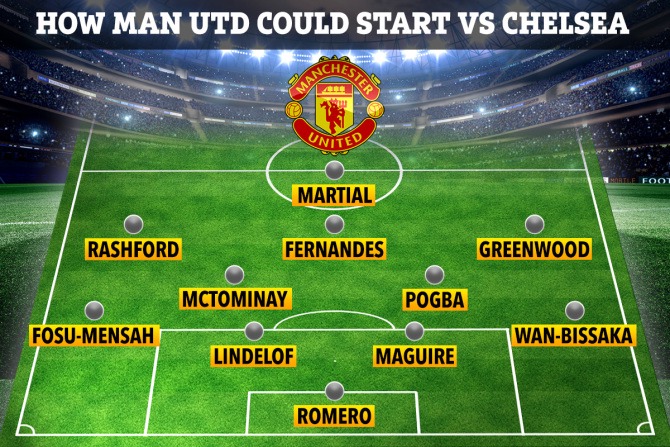 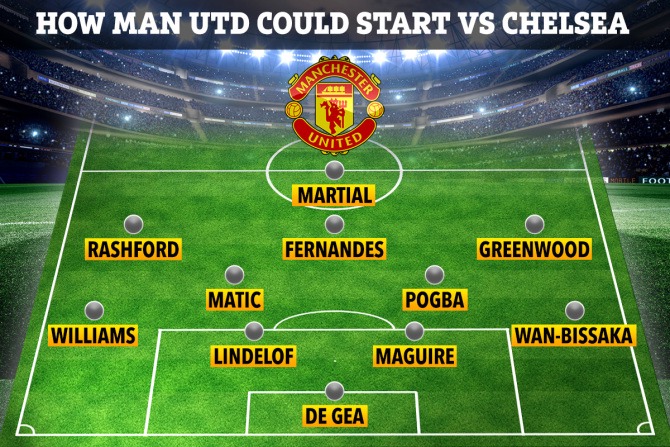