By SportsBible (self media writer) | 25 days ago 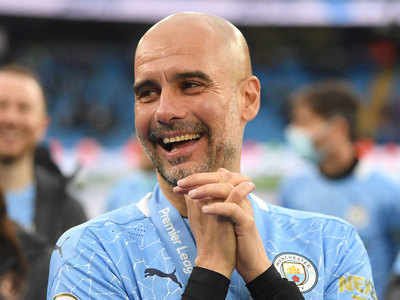 Pep Guardiola said ahead of Manchester City's EFL Cup clash with Wycombe that he will field a few youngsters. Having said that, he explained he has no alternative because they have several key players injured. He also revealed the names of the 5 injured players they have without saying when they would be back.

Wycombe plays in League One, the third tier of the English football league system. Therefore Manchester City fielding a few youngsters should not be a surprise. Even if all their players were fit, Guardiola was likely not going to play all his best players. I think the Spaniard could be playing mind games ahead of their Premier League clash with Chelsea.

Manchester City will play against Chelsea in the Premier League on Saturday. That statement could be mind games intended to deceive The Blues into thinking they have the advantage. The 5 players he named are injured but they could all return before Saturday. His intention could be to make Chelsea feel confident and not prepare well. It could also be to make it difficult for Thomas Tuchel to predict his starting lineup.

Chelsea beat Manchester City 3 times within the final month of the 2020/21 campaign. They are currently top of the table in alphabetical order having started the new season well. Guardiola knows it will be a tough match.

Meanwhile, before that match, Chelsea will play Aston Villa in the EFL Cup at Stamford Bridge. That match Is on Wednesday, a day after Manchester City's match against Wycombe. That gives the Citizens a little advantage as they have a day more to recover ahead of their trip to Stamford Bridge.

Chelsea is currently 3 points ahead of Manchester City in the Premier League table. If they win they will go 6 points clear but if they lose both teams will be level on points.