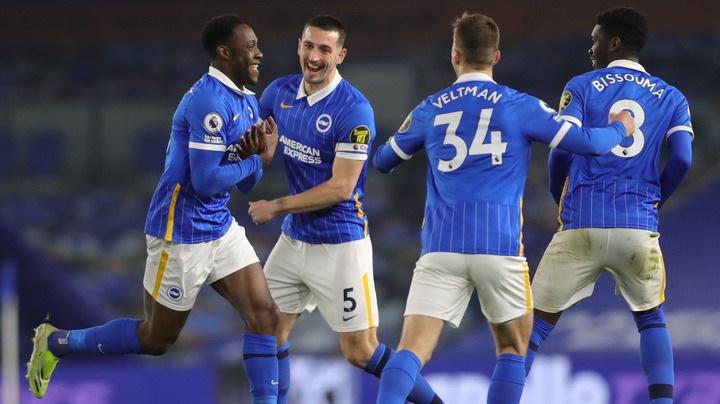 The match was a very decisive one that that saw the host of the night staying 4 points cleared ahead of the visitor to avert the danger to escape the relegation zone.

The host were the dominant side of the night as they thrashed the visiting team with a comfortable win and earned the whole three points with grand style. The game which ended three massive goals to nil at the end of the second half was a boost for the Graham Potter's side to stay aloof from the relegation threatened zone.

After the win, the English football governing body known as Premier League has reacted to the entertaining and dominant game of the night with a post via their verified twitter handle. 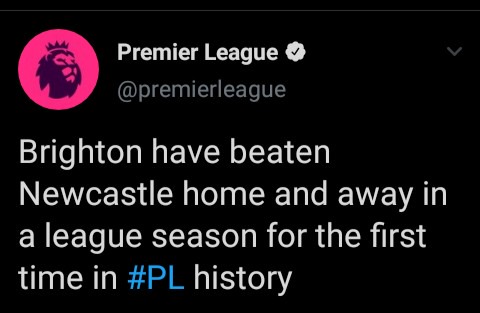 The host of the night opened the scoring sheet in the late minute to the end of the first half as none was able to break the deadlock, until 45+3 minutes when Leandro Trossard got on the score sheet with an assist from Joel Veltman to make it one nil at half time.

In the second half, the first goal scorer provided an assist for former Manchester United and Arsenal player Danny Welbeck to make it two goals to nil in the 51st minutes. 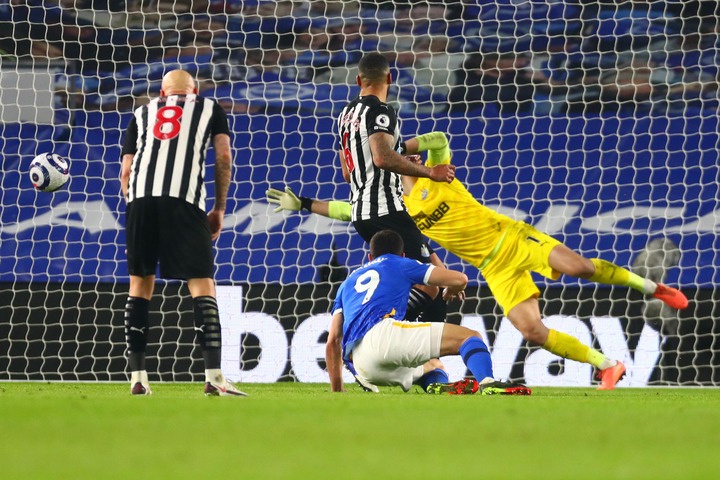 In the 68th minutes, Neal Maupay extended the lead for the host after he was been set up by Pascal Gross to make it three goals to nil.

All other efforts to add to the tally of the night were not successful as it ended three massive and unreplied goals to nil at full time.

The win for the host means Brighton and Hove Albion have now moved to the 16th position with 32 points in 29 games played - 6 points above the relegation zone. As such, they will be hoping to keep their winning euphoria going so as to avoid been relegated to the Championship this season.

Good luck to the Graham Potter's side as the season is winding up.