Barcelona coach Ronald Koeman is reportedly under pressure and could be sacked after his tactical plan couldn't help the club seal a victory at home against Granada following the poor display against Bayern Munich. According to a report from ESPN, the Barcelona board are yet to dismiss Koeman because they haven't figured out the right option to replace the Dutch coach. This is the same situation among Barcelona fans as they have divided opinions on who should take over from Koeman.

Xavi Hernandez remains the prominent option most fans want if Koeman is sacked, but others believe Ajax's coach Eric Ten Hag is the best option due to his ability to develop young players.

Some fans see Antonio Conte as the ideal option because Barcelona's major problem seems to be their defence. Other names mentioned are Ernesto Valverde who was once the club's coach, Roberto Martinez and Jorge Sampaoli.

However, other fans feel Barcelona's problem may not be solved if another coach is appointed. Some suggest that it would be better to keep Koeman and wait for the return of Ousmane Dembele and Ansu Fati.

He are some of the comments from Barca Centre: 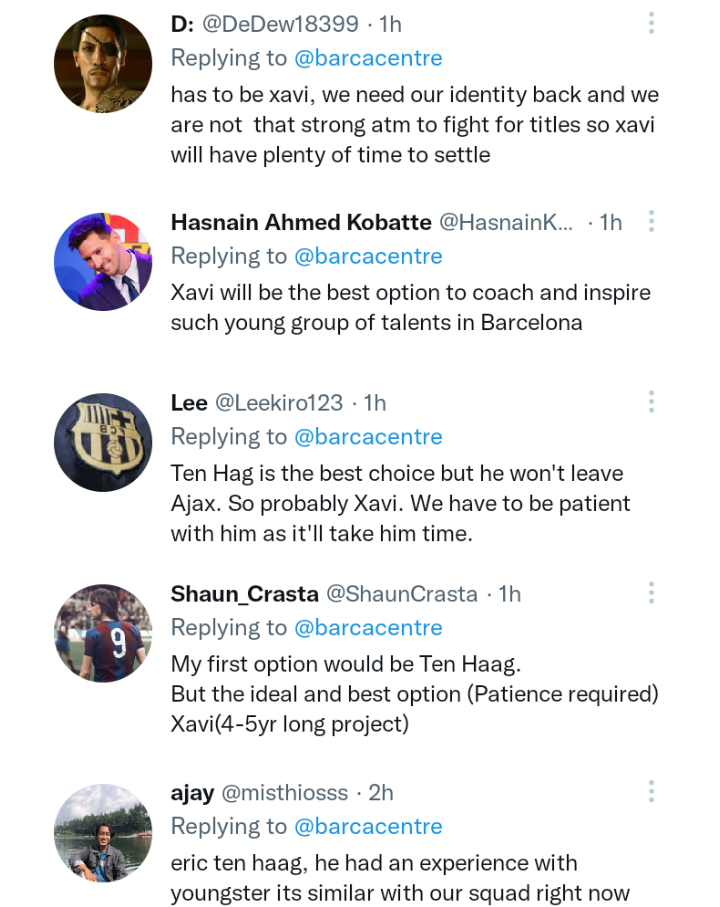 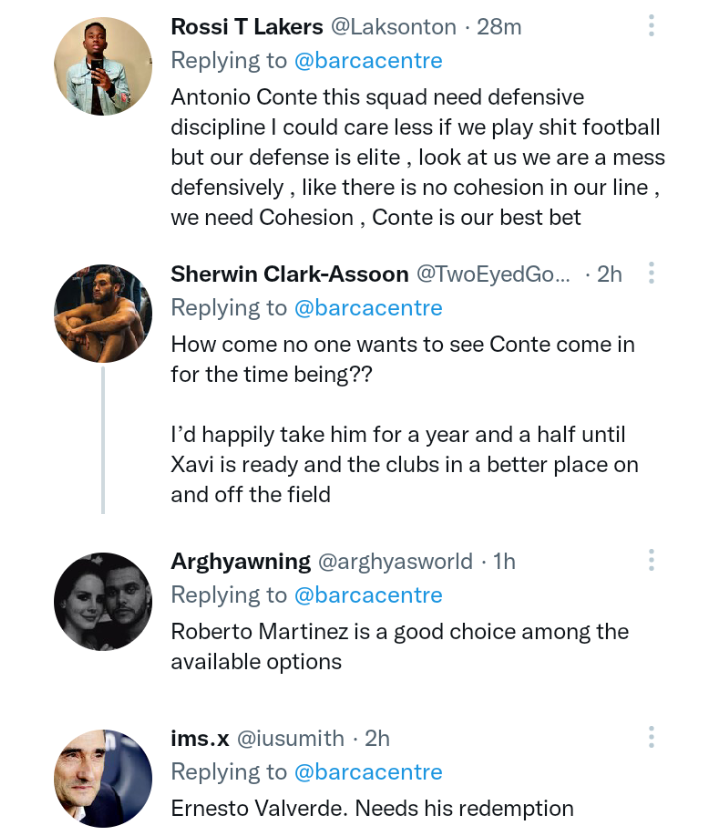 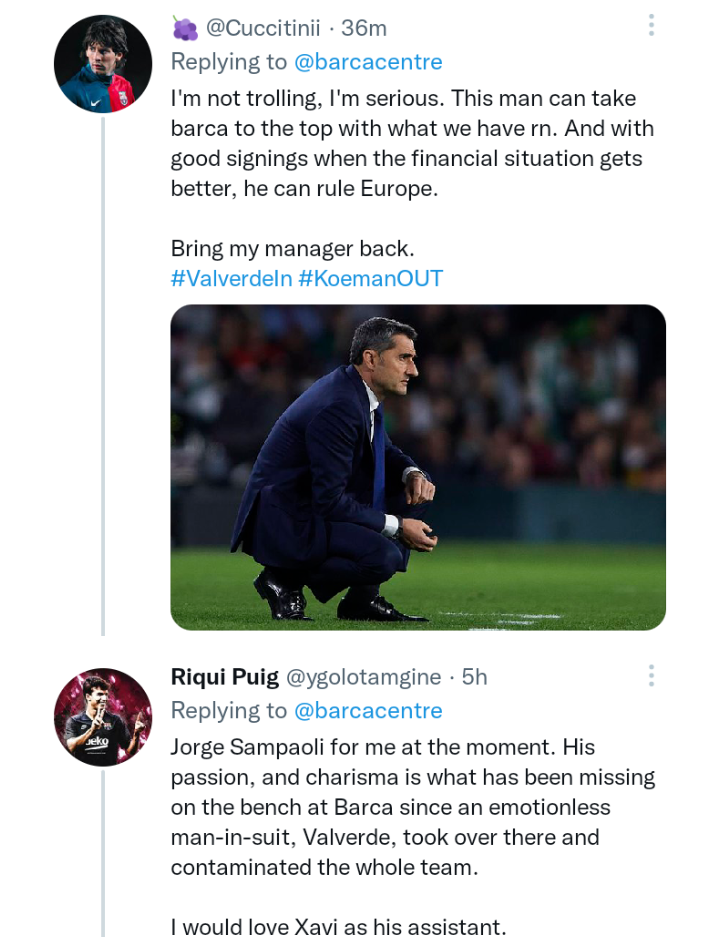 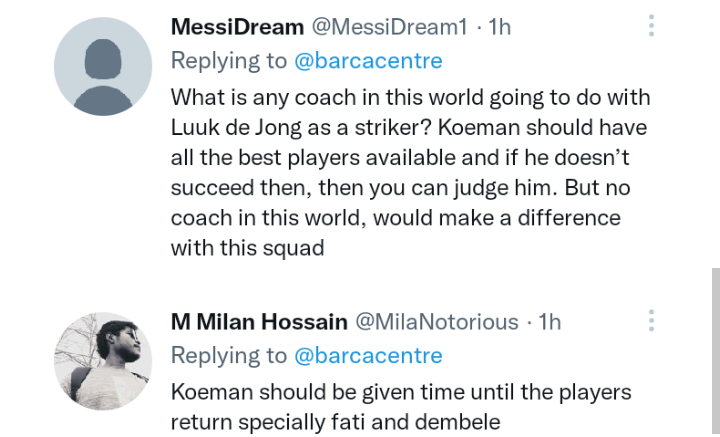 It is very clear that Barcelona don't have much quality players in their squad like before. If Koeman is sacked, which coach can make the team the best in Europe again?