Apparently, Manchester United escaped defeat against Everton this afternoon, as they shared points 1-1 at Old Trafford. Of course, the Toffees' second goal was disallowed as an offside, which means the Red Devils would have lost at home again. Frankly, they have not been performing impressively at Old Trafford in 2021-2022. 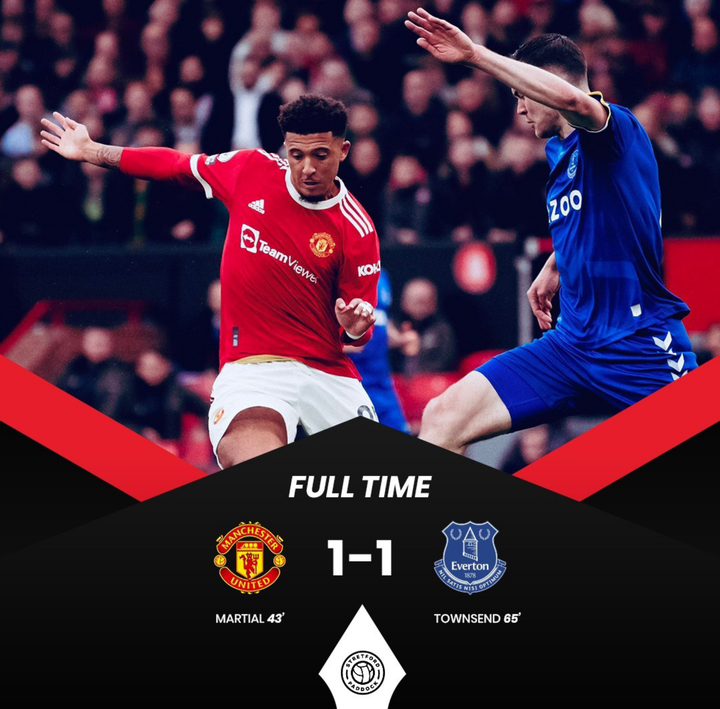 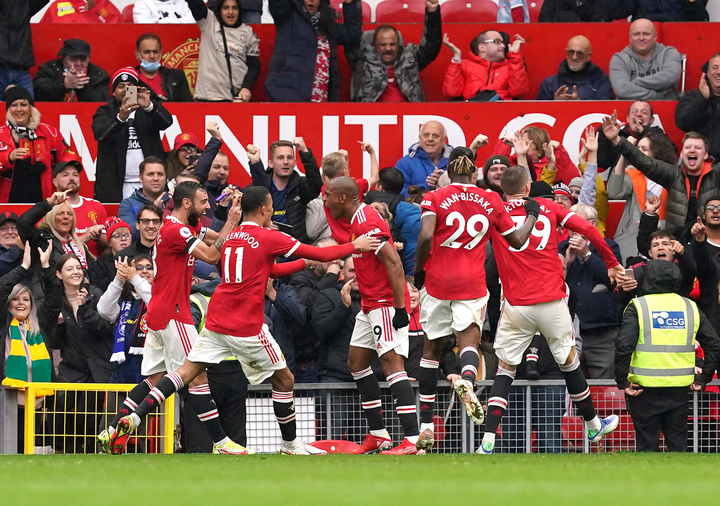 Statistically, the Ole Gunnar Solskjær's men have dropped 5 points in their last two Premier League games, as they lost against Aston Villa last week. Obviously, Cristiano Ronaldo wasn't really happy about their performance, having seen his performance after the 90 minutes at Old Trafford.

Meanwhile, there were two wrong decisions by the Norwegian manager this afternoon, which cost the team's all-around performance in the second-half. Without a doubt, the Red Devils gaffer shouldn't have subbed in Cristiano Ronaldo and Jadon Sancho, because Anthony Martial and Edinson Cavani are enough for the Toffees, as regards their performances in the first-half. 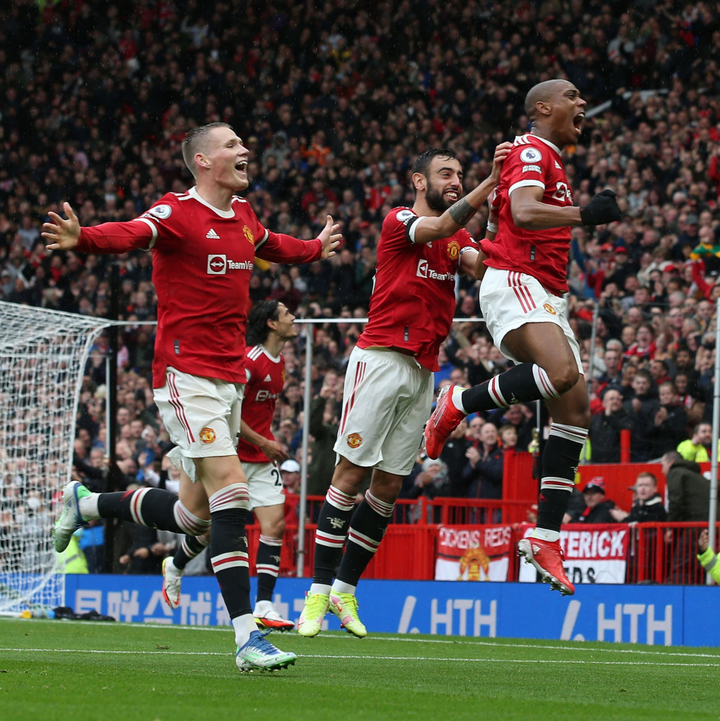 Potentially, Manchester United have more high quality players than Everton, but the manager's wrong decisions cost them being winless in their back-to-back games at Old Trafford. Of course, many football fans expected the Red Devils to start flying from the beginning of the 2020-2021 campaign, due to the presence of the Ballon D'or winner in the squad. However, Ole Gunnar Solskjær spoilt the whole game, in line with these two points below. 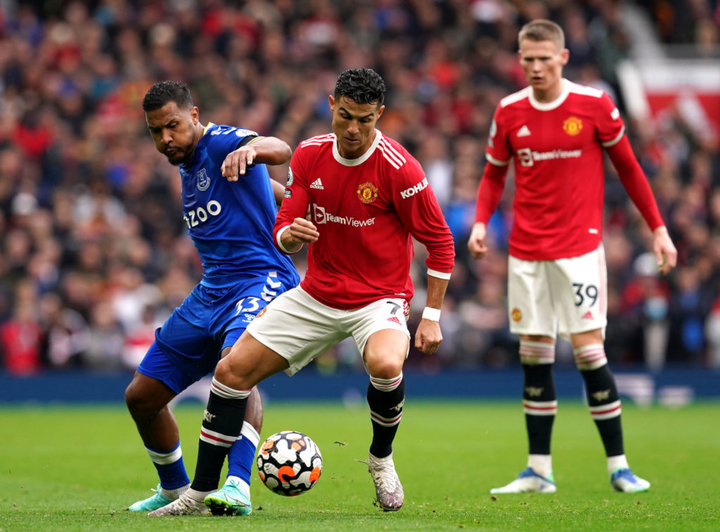 First off, the Norwegian manager subbed off Edinson Cavani for Cristiano Ronaldo. Without being sentimental, it was indeed a wrong decision by Ole Gunnar Solskjær this afternoon, because the Portuguese failed to connect with his teammates in front in the second-half. Meanwhile, the Uruguayan mastero had some shots on target in the first-half, as he frustrated Everton defenders at the back. Aside from that, Cavani hasn't played a full match this season, so he definitely deserved to play the whole 90 minutes against Everton. Of course, Manchester United were still outplaying the Toffees with the Uruguay international in front, but everything changed immediately after he was replaced by Ronaldo. Because the Toffees focused on him as they were chasing him left and right. 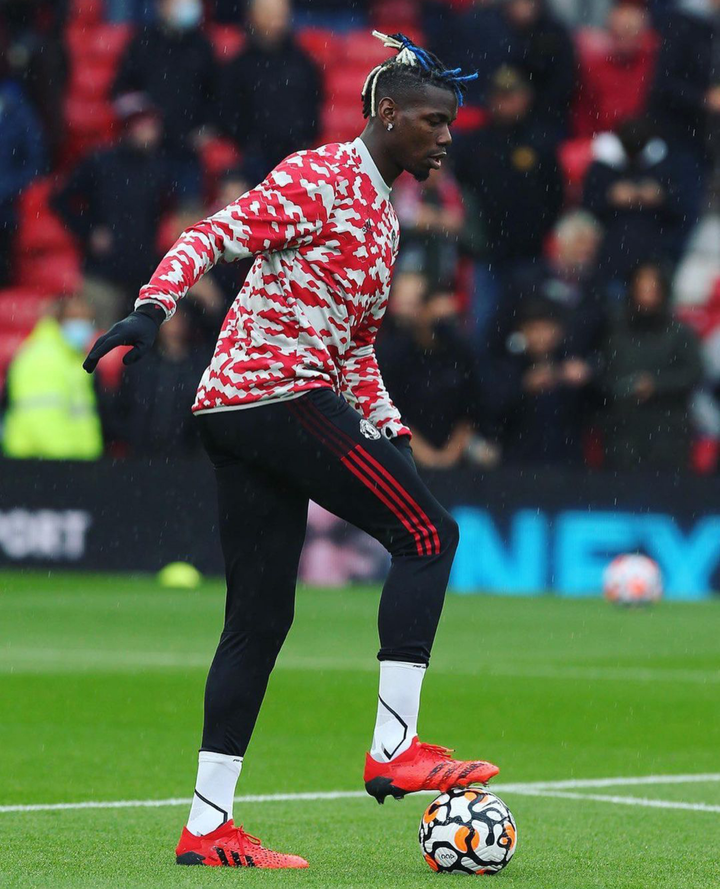 Second off, Ole Gunnar Solskjær removed Fred for Paul Pogba. In all fairness, the Frenchman is not good defensively, because he's not a defensive midfielder. As a result of that, nobody to help Scott McTominay in protecting the midfield, so the Rafael Benitez's men had the opportunity to subdue Manchester United because the midfield was shallow. The Red Devils could still net one goal with Fred assisting the Scottish baller on the pitch. However, everything went haywire immediately he left for Pogba, therefore Bruno Fernandes and Paul focused on attacking rather than defending. Simply put, these are the wrong decisions Ole Gunnar Solskjær made at Old Trafford this afternoon, as Manchester United failed to win their back-to-back Premier League matches.

Do you think Ole Gunnar Solskjær is responsible for Manchester United's performance this afternoon?