By BloggerBlogger (self media writer) | 2 years ago Despite more possession from Manchester City, in the first-half, Arsenal took the lead in the 19th minute after Aubameyang scores with a brilliant shot into the bottom right corner after being released inside the box by a superb lifted pass from Nicolas Pepe and eventually keeping the match 1-0 at half-time in favor of Arteta's men. Arsenal who has lost there last 7 meetings against Manchester City, in all competitions since 2017 and with an aggregate of 20-2 went on to secure a very vital win to book there place in the FA Cup final.

Some images from today's Match. 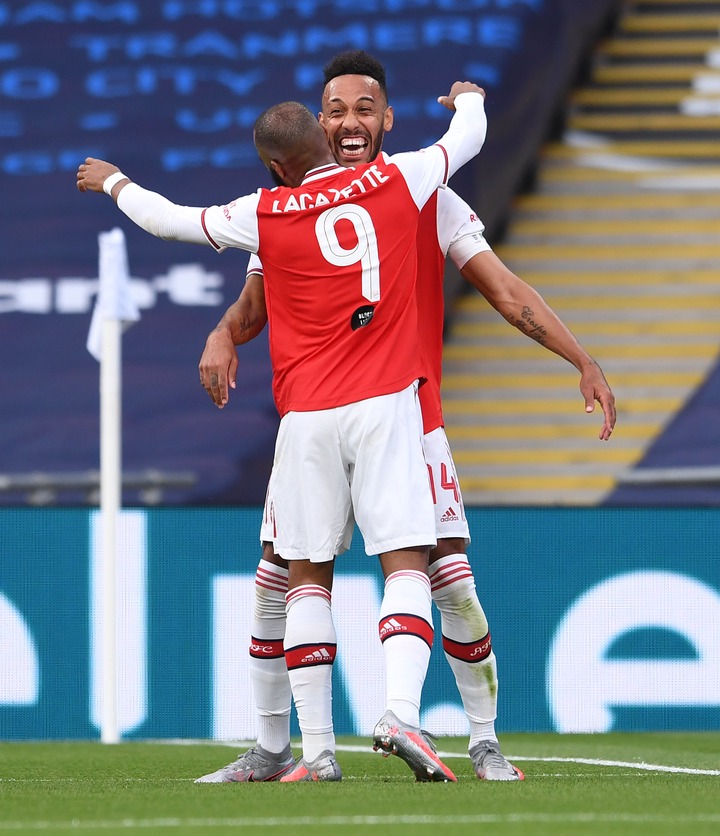 Having seen their Champions League hope ended after they couldn't secure their leas against (Brighton, Leicester and Tottenham), and having won against City today, Arsenal would now hope to secure an automatic spot in the Europa League if they win the FA Cup.

Good one for all Arsenal football lovers as there jinx is over against City and await the winner between Chelsea and Manchester United.

Remember if Arsenal do win the FA Cup, they would secure an automatic spot in next season, Europa League.

Content created and supplied by: BloggerBlogger (via Opera News )