By Olaiyasport (self meida writer) | 28 days 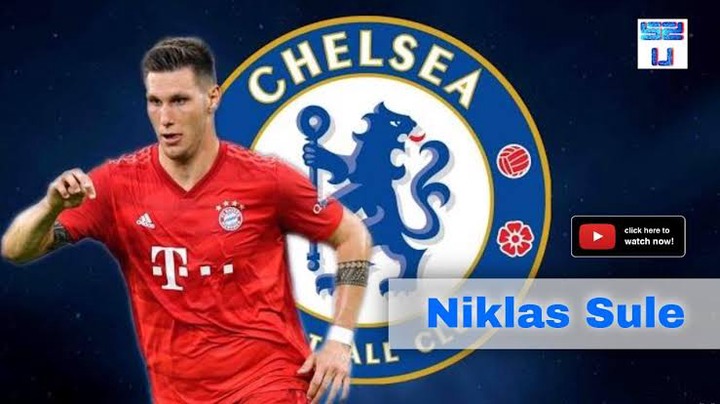 Bayern Munich defender Niklas Sule is back on the recruitment radar at Chelsea, reports The Athletic.

Frank Lampard has been linked with a raid in the German champions while at Stamford Bridge, and Thomas Tuchel is ready to renew that interest to strengthen his back line.

Crystal Palace are ready to make a move for Arsenal legend Patrick Vieira, claims The Athletic.

Roy Hodgson is expected to cut ties with the Eagles at the end of 2020/21 leaving a Premier League post available for a French coach to fill.

Barca closing in on Aguero

Barcelona are closing in on a deal for Sergio Aguero, reports La Portería.

The Manchester City striker is approaching the end of his contract and will drop into the free agent pool at the end of the season.

Everton are looking to discuss terms with Seamus Coleman that will see him remain at the club after hanging up his boots, claims the Liverpool Echo.

Palmeiras are in talks with Verona over turning Alan Empereur’s loan into a permanent arrangement.

The Brazilian club are keen to keep the defender at the club and are working on the financing of the €1 million ($1.2m / £0.86m) deal, according to Globo Esporte.

Tottenham forward Steven Bergwijn is the subject of transfer interest from a number of clubs.

The Dutchman strayed and Athletic claimed Spurs were looking for a loan deal and constant movement.

Jose Mourinho’s departure will put a hold on any deal, as the winger wants to see what opportunities he has under the new manager.

Bayern Munich are striving to push through a deal for Eduardo Camavinga.

Bayern are looking to provide cover and competition for Joshua Kimmich and Leon Goretzka, and their scouting operation feels Camavinga has all the attributes to succeed.

The 14-year-old has put his name to a training contract and will begin working with the club's academy.