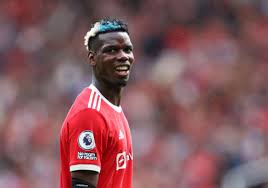 The French international operates primarily as a central midfielder, but can also be deployed as a left-winger, attacking midfielder, defensive midfielder, and deep-lying playmaker.

Paul Pogba on Leicester City defeat, he said, "To be honest, we have been having this kind of games for a long time. We have not found the problem, conceding easy goals, stupid goals. We need to be more mature, play with more experience and arrogance in a good way. We need to find something, we need to change."

Paul Pogba has revealed that a change is needed at Manchester United to address the problem of conceding easy goals to opponents.