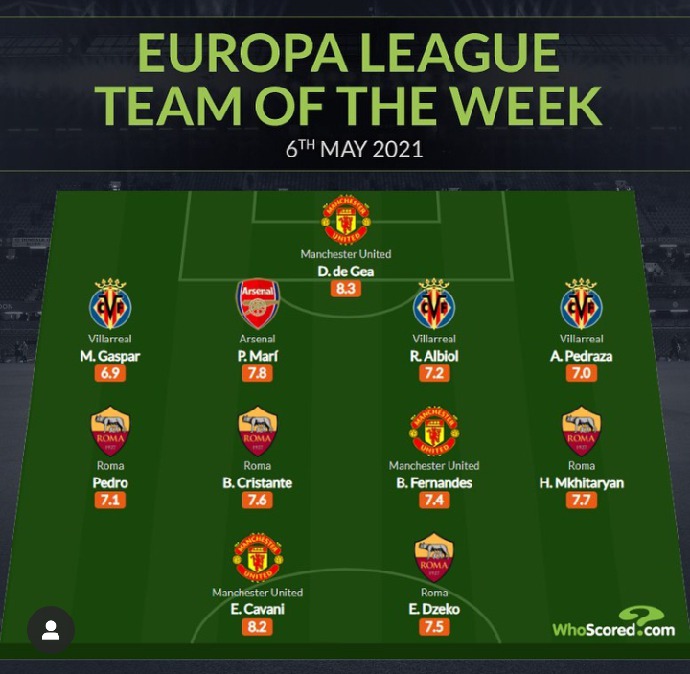 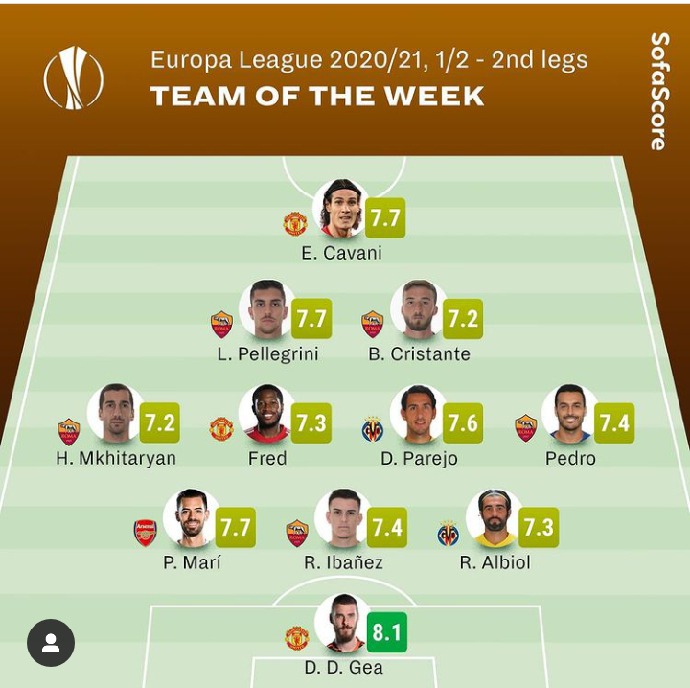 Roma dominated the UEFA Europa League team of the week, according to Sofascore. The Roma team consists of five players, namely Ibanez, Cristante, Mkhitaryan, Pellegrini and pedro. Raul Albiol and Parejo are the two Villareal players on the team. The only Manchester united player in the team are David de gea and Edinson Cavani. While Pablo Mari is the only player from Arsenal on the list. 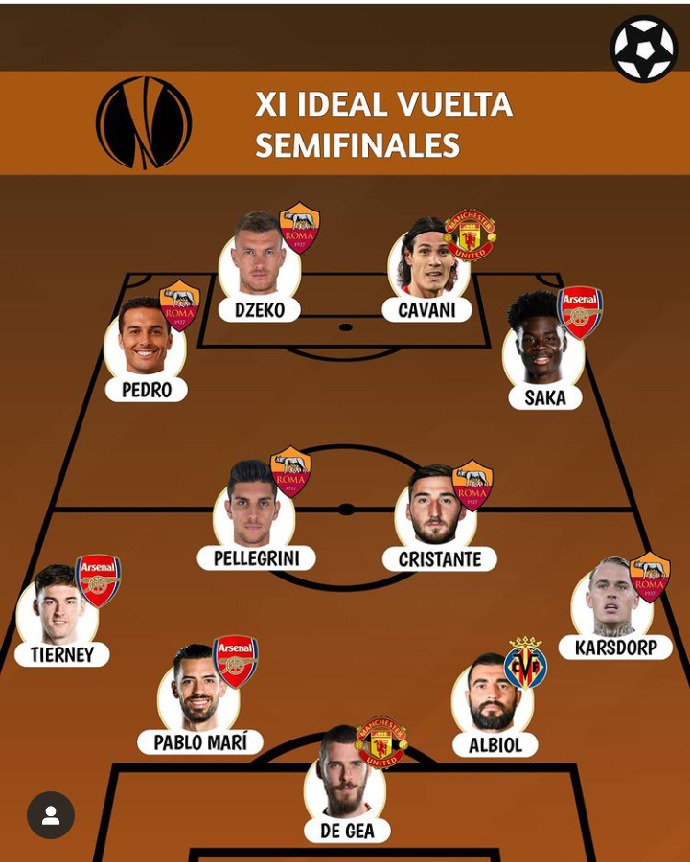 Roma dominated the Footstars' UEFA Europa League Semi-Finals team. They have five players in their squad: Cristante, Karsdrop, Pellegrini, Pedro, and Edin Dzeko. Arsenal has three players in the team: Kierney Tierney, Bukayo Saka, and Pablo Mari. David de Gea is the only Manchester United player on the team. While Albiol is the only player from Villareal on the list.

Photos Of 'Miss Pepeye's' Legal Wedding With Her Lover