Top Five Nigerian Footballers to have Won the FA Cup.Will Ighalo add to the List This Year?[Details] The FA Cup Final played in 1998 World Cup was one of the greatest upsets in the competition history.

The team Fashanu Played for,Wimbledon stunned Liverpool who had already won the Champions League that year. Fashanu featured in the game for the full 90 minutes though,he didn't score but he had a wonderful performance in that season already.

The Cup won was the first and only FA Cup trophy for Wimbledon. Amokachi was a key player in Everton's FA Cup Finals in the 1995 FA Cup.

Although, Amokachi was brought on in the 69th minutes but he has proven himself in the semi-final where he scored two goals against Tottenham as a substitute. This Nigerian Player Featured in the 2008 FA Cup final alongside Nwankwo kanu.The most exciting thing was that he was the one that assisted Kanu to score the only goal in the match.

Though,he didn't finish the match and was later replaced in the 69th minute. However in the 2010 FA Cup Final,Utaka and Kanu suffered a defeat by Chelsea Nwankwo Kanu is one of the Nigeria's Legendary Player and maybe the most successful in the FA Cup.

Arsenal played against Southampton in 2003 and Kanu was an unused substitute.

The 2008 Final maybe would have been the most memorable has he scored the only goal in the match against Cardiff City to win the Cup. Mikel Obi holds the record as Nigeria's most successful winner of the FA Cup winning it four times with the Blues.

He won the first in 2007 when Chelsea stunned Manchester United by one goals to nil after extra-time. Mikel featured throughout the game.

In 2009 Final in the FA Cup,Mikel was on the field for the whole 90 minutes. The blues won the game by two goals to one against Everton.

Unfortunately,in the 2010 Final against Portsmouth which Chelsea won 1-0,Mikel did not play due to injury.

Mikel got back to track in 2012 Final against Liverpool where Chelsea beat Liverpool by 2 goals to one.

As Nigerian star, Odion Ighalo could be starting against Chelsea and might be playing the final if Man utd should qualify. Do you think Ighalo will join the list of these top Nigerian Players to have won the Cup?. 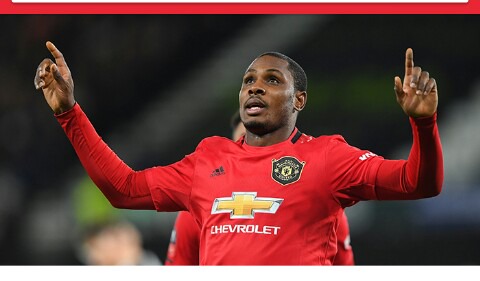