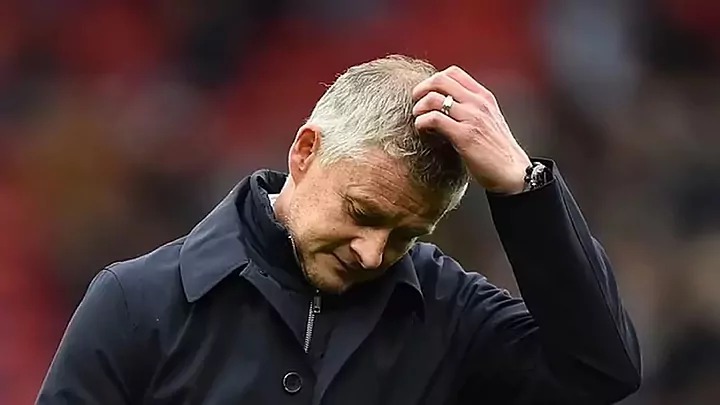 The defeat means that Manchester United just won once in their last five matches, drawn one and lost three. Their last victory came against Villareal in the UEFA Champions League.

This is so disappointing considering the pool of talent available at Ole Gunnar Solskjaer's disposal. The club have invest heavily in the transfer market with the acquisation of Kadon Sancho, Cristiano Ronaldo and Raphael Varane.

It is the right moment now for the club to part ways with the manager because he clearly shows that he is not the right man for the job. He has been in charge of the club since December 2018 and has failed to win a single trophy during that period.

With this crop of talented players available at the club, a proven and world class manager would win something for the club. It is a shame a club of Man United status have not won a single trophy for a very long time.

Solskajer's tactics have been questionable, the manager was accused of setting his team to sit deep during games with top teams.

It is now the right time for the club to sack him if they want to salvage something from this season.