It appears that scoring goals on a regular basis is the simplest method to ensure Premier League success. It might be the difference between winning the league and placing second for a team fighting relegation, and it could be what maintains a team in the top flight for a team fighting relegation. We'll take a look at the top 5 clubs who have scored the most goals in the Premier League since its inception in 1992, with a breakdown of each team's best goal-scoring season. The list includes clubs that have had great success in the Premier League by winning titles, as well as clubs that have achieved success just by remaining in the competition. 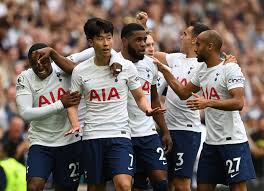 Tottenham Hotspur is the fifth-highest scoring team in Premier League history, with 1563 goals scored since the league's inception 27 years ago. Juan Foyth, an unexpected striker, scored his first EPL goal against Crystal Palace in November in 2018, bringing the club's total to 1500. 147 different players have scored 1563 goals for the club, while Teddy Sheringham (1992/93) and Harry Kane (2015/16 & 2016/17) have both won the Premier League Golden Boot. 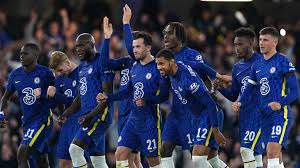 The five-time Premier League champions are ranked fourth on the list of most prolific Premier League clubs, with 1897 goals scored during the league's existence. The club's most productive season was the 2009/10 double-winning season, with Didier Drogba receiving the Golden Boot and Carlo Ancelotti's free-scoring side scoring a then-record 103 goals to win the title. Christian Pulisic became Chelsea's latest different scorer after netting his first goals for the club with a hat-trick in the win over Burnley in 2019/2020 season. Mick Harford scored the club's first Premier League goal during a 1-1 home draw with Oldham in August 1992. 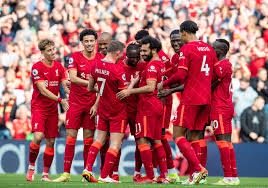 With 1927 goals to their credit. Liverpool has had the most Golden Boot winners of any club, with four, including becoming the first team in league history to have two players split the trophy in the same season (Mohamed Salah and Sadio Mane, 2018/19). Robbie Fowler is the club's all-time leading scorer in the Premier League, with 128 goals to beat out Steven Gerrard and Michael Owen 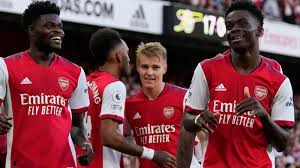 Arsenal may not have competed for the Premier League in recent seasons, but they have been one of the top teams in the competition for much of its existence. They have won the Premier League three times, thus their second-place finish on the goal list is well-deserved. Arsenal's best goal-scoring season in Premier League history occurred in 2004/05, when they scored 87 goals and finished second to Chelsea. Thierry Henry, a club legend, was the Gunners' leading scorer that season, with 25 goals. 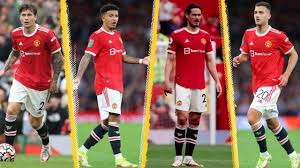 The most goals scored in a Premier League season Was 97 in the 1999/00 season. There was only one team that could be number one on the list, with 13 Premier League titles to their name. Manchester United is the only Premier League club with over 2,000 goals, and while other clubs may soon surpass that mark, their chances of ever catching the red-half of Manchester appear remote. Manchester United's best goal-scoring season in the Premier Title occurred in 1999/00, when they won the league with 97 goals. Wayne Rooney, who scored 26 goals for United in the 1999/00 season, was the team's leading scorer.