By Donreuby (self media writer) | 1 year ago

Arsenal Fc, became the first club to reach the finals of this year's FACup, after a comfort 2-0 victory over the visiting Manchester City. 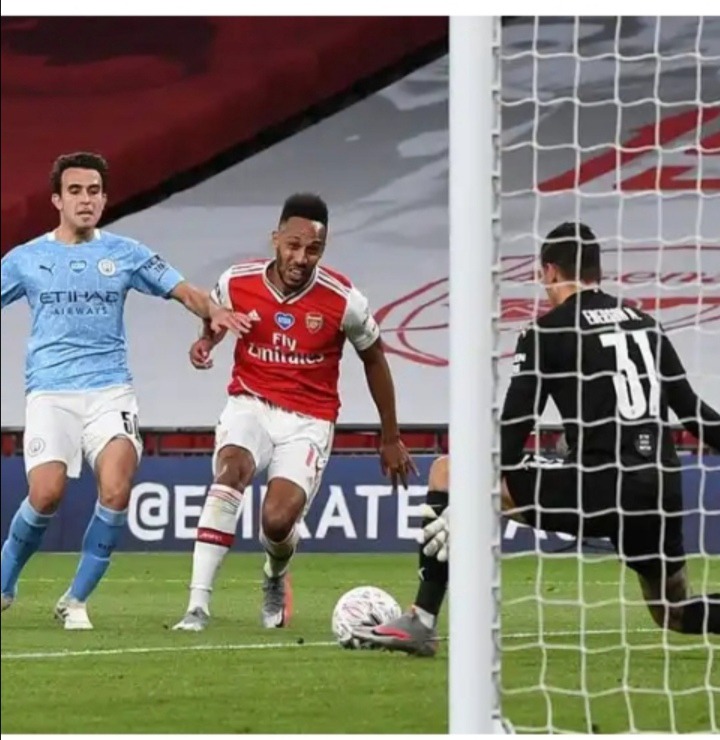 Arsenal took the lead at the 18th minute of the game when Gabonese Striker, Pierre-Emric Aubamenyang struck past Elderson on the city goal post.

Arsenal, will now be looking towards to lifting the Fa Cup trophy which is the Oldest Cup competition in the world for an unbelievable number of 14 times after securing thier 13th cup triumph over Chelsea Fc on the 27th of May 2017 at wembley stadium.

Arsenal, Will face the winner of the second semi-finals match that will be played later today between Manchester united an Chelsea Fc.

Both Arsenal, Manchester united and Chelsea, they all have one of their former players as the head coach of their different teams. Mike Arteta is leading Arsenal, Ole Gunner Solksjearis leading the Manchester faithful while Frank Lampard is Handling the pensioners.

Content created and supplied by: Donreuby (via Opera News )