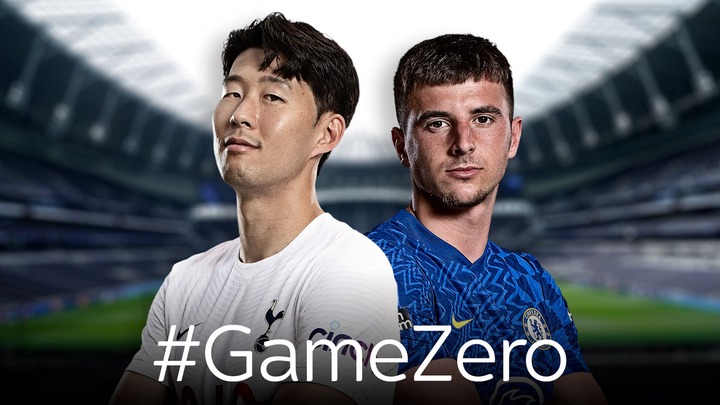 Chelsea and Tottenham Hotspur clashed at the White hartlane staduim in a highly anticipated London derby on Sunday evening.

Chelsea were hoping to continue their good run of form this season while Tottenham Hotspur who were underdogs heading into this game were looking to spring up a surprise win. 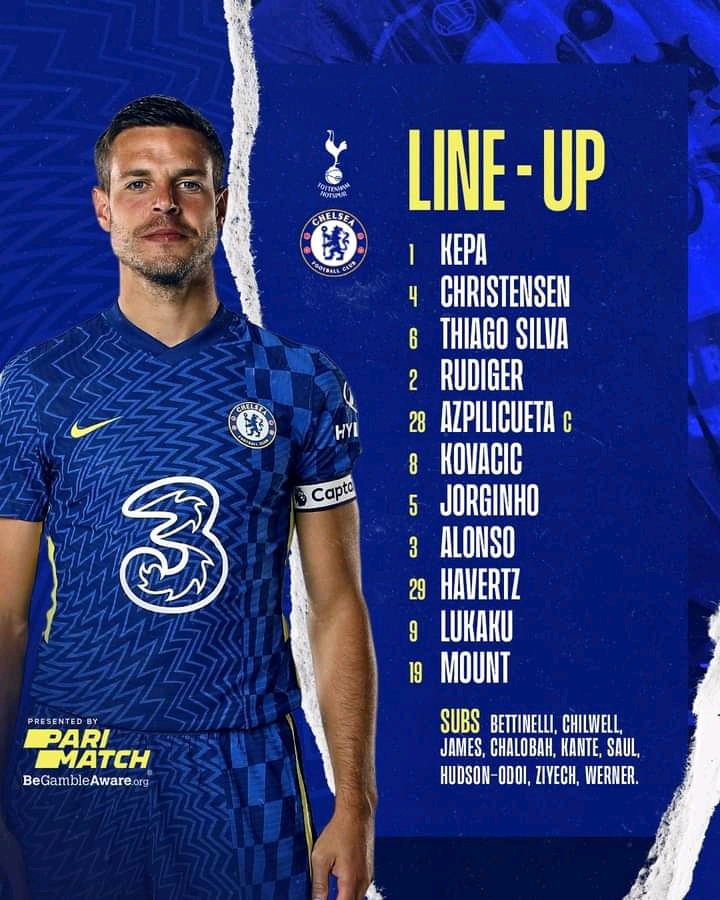 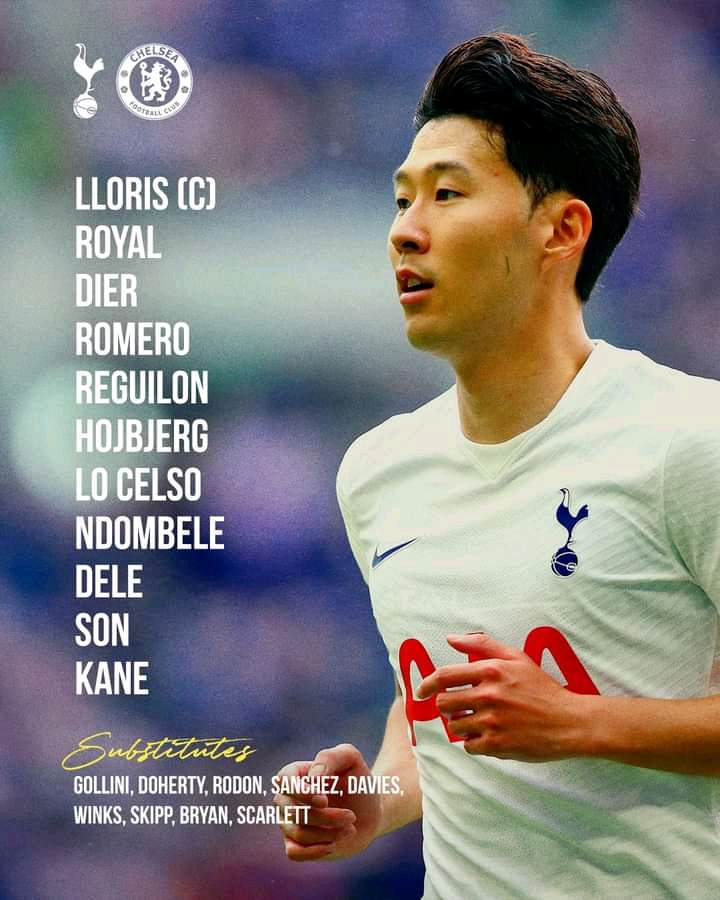 The game began with Tottenham Hotspur the better side as they piled much pressure on Chelsea's defence. The Blues also had a few opportunities of their own in the opening minutes of the first half although Kai Havertz and Andres Christensen were both unable to trouble Hugo Lloris post.

The first half of the match would end in a goalless stalemate as both sides struggled to assert their dominance over the other. 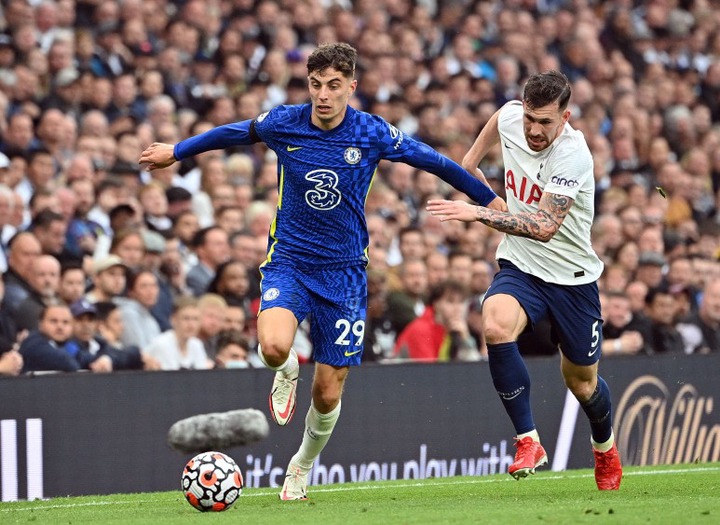 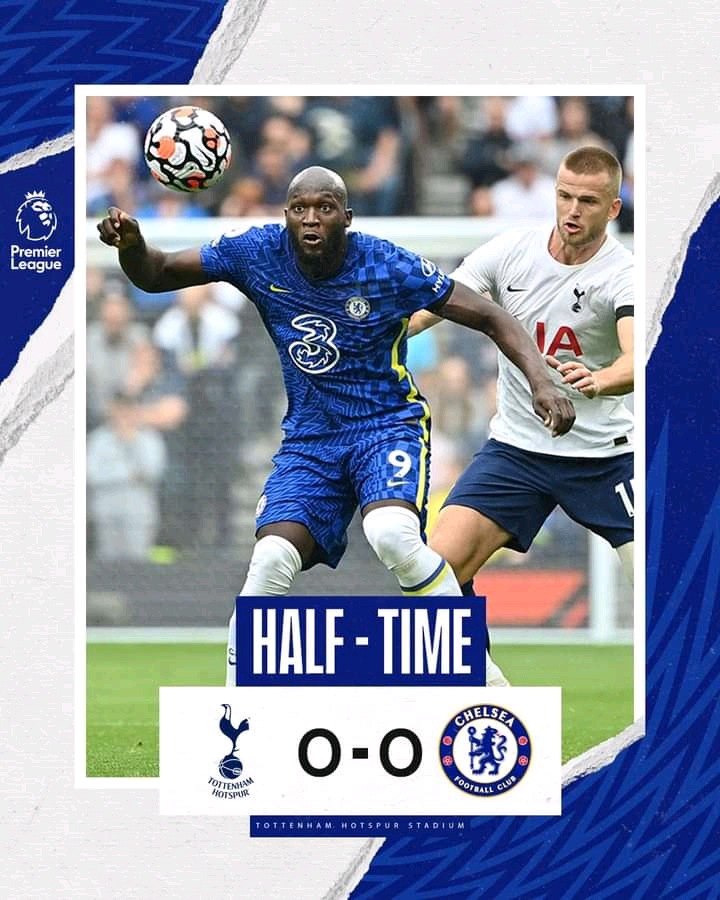 Thomas Tuchel replaced Mason Mount with Ngolo Kante at halftime and the presence of the French midfielder breathed life into the blues as Thiago Silva headed in within few minutes of the restart.

Ngolo Kante made a direct impact few minutes later as the 29 year old hit a long range shot that took a massive deflection off Eric Dier and past Hugo Lloris to extend his side's lead in the game. 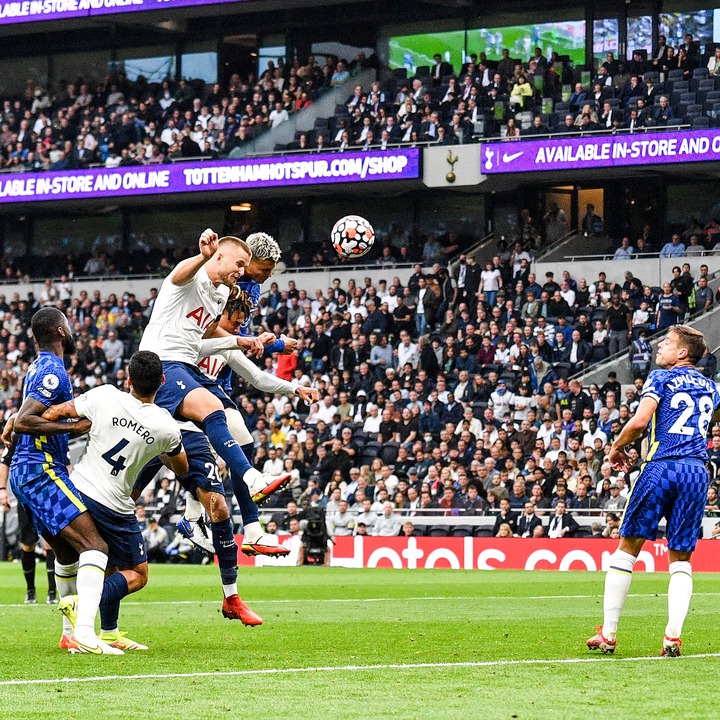 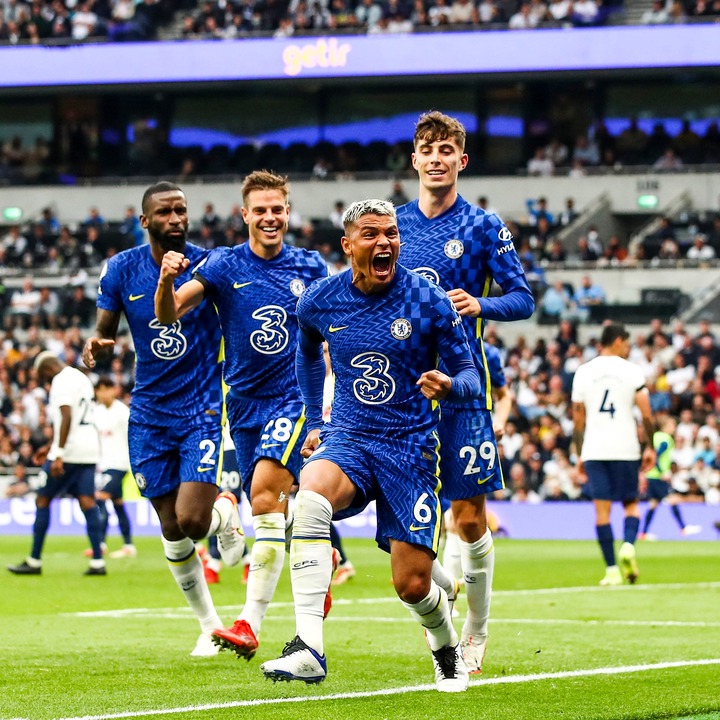 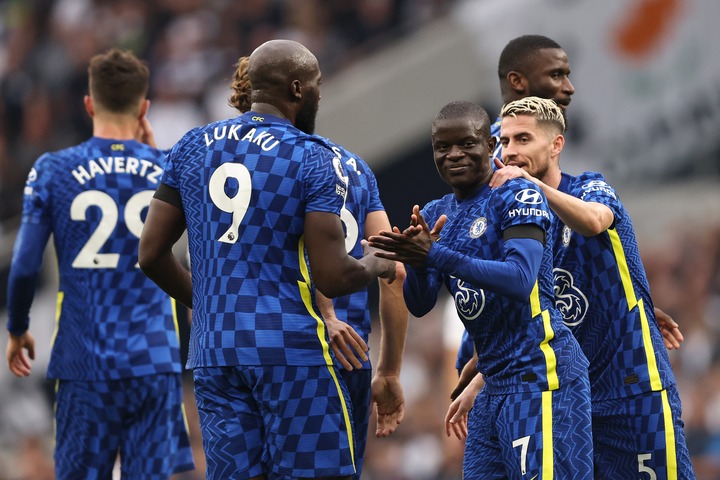 Anthony Rudiger added a late third for the away side as the German defender slotted in a fine finish from just inside the box after he was fed by Timo Werner as Chelsea secured a massive 3-0 win over their opponents. 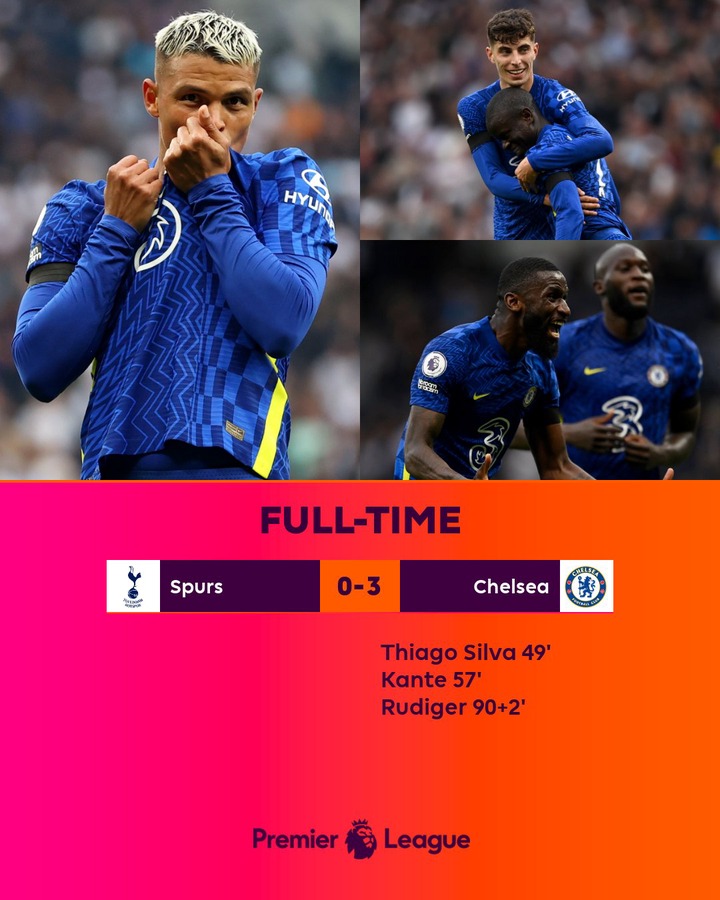 Earlier in the day, Manchester united defeated West ham united in a close encounter at the London stadium.

David Moyes side went ahead through Benrahma's first half strike, but saw the away side stage an impressive comeback win as goals from Cristiano Ronaldo and Jesse Lingard meant Ole Gunner Solskjaer side would continue their unbeaten start to the season. 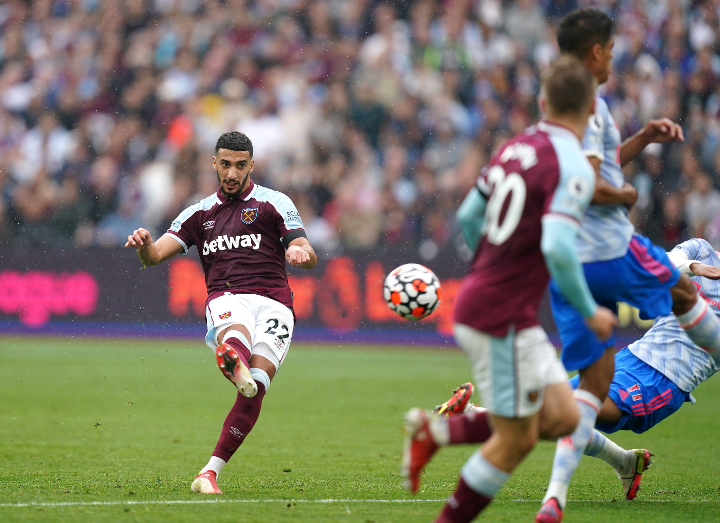 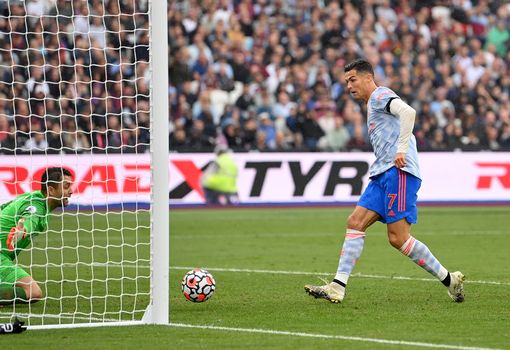 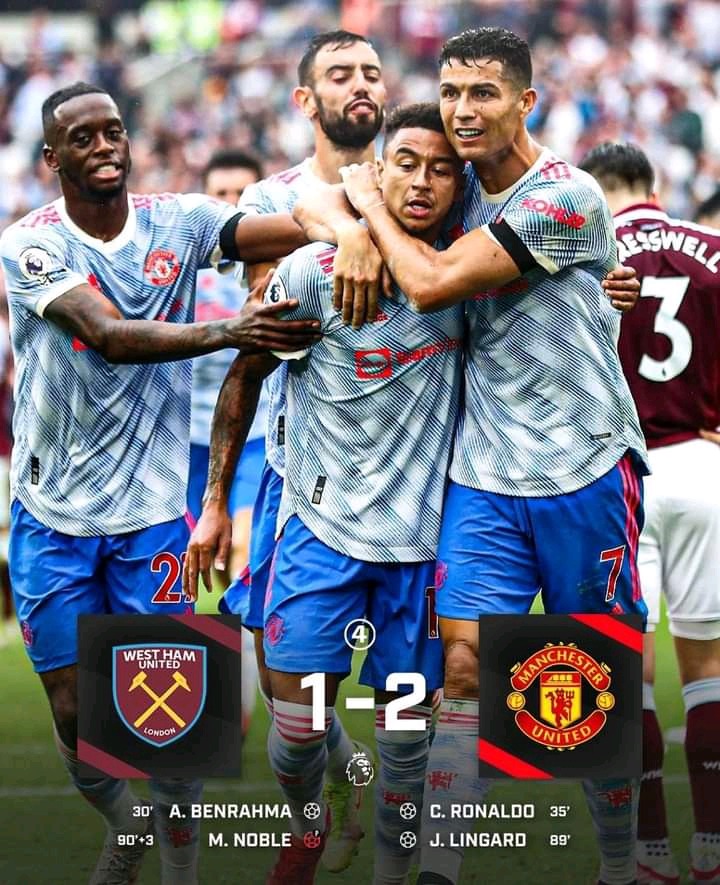 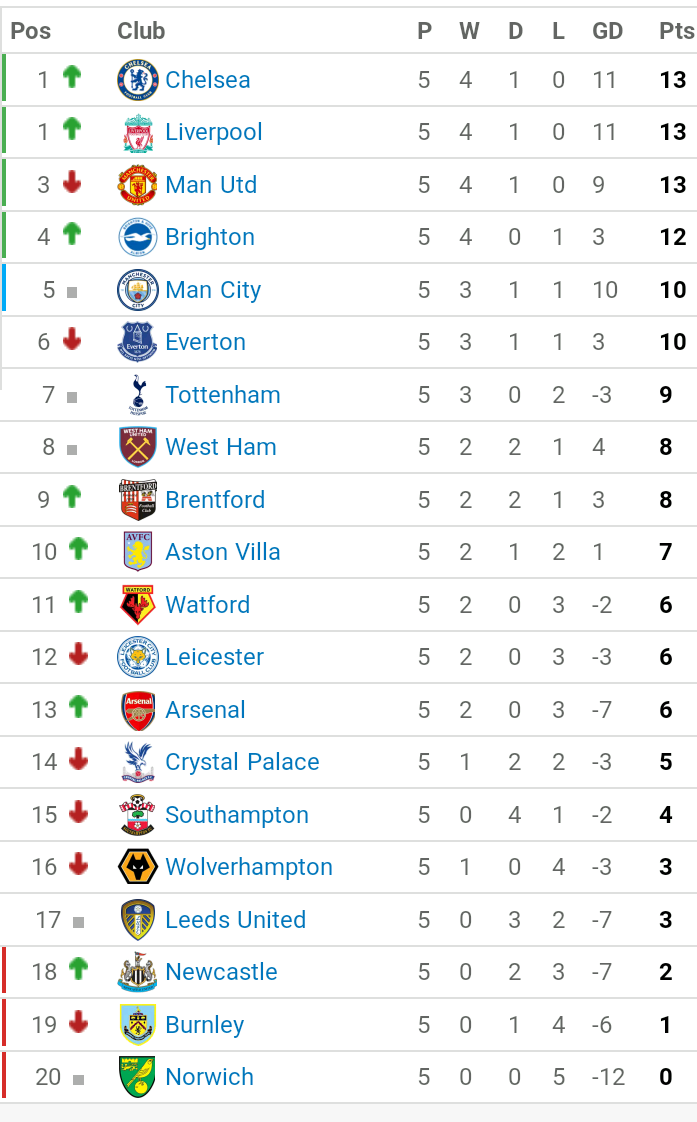 Chelsea are top of the league table at the moment following their impressive 3-0 win Crystal Palace with Liverpool who sit in second position having an identical goal difference with the blues.

Man united are third on the log while Brighton and Manchester city both complete the league's current top 5. 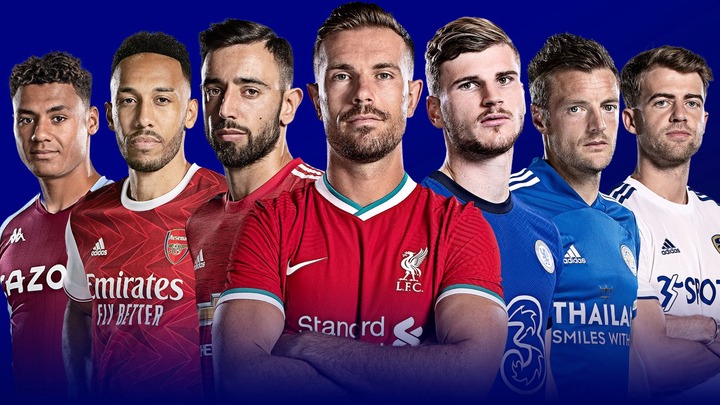 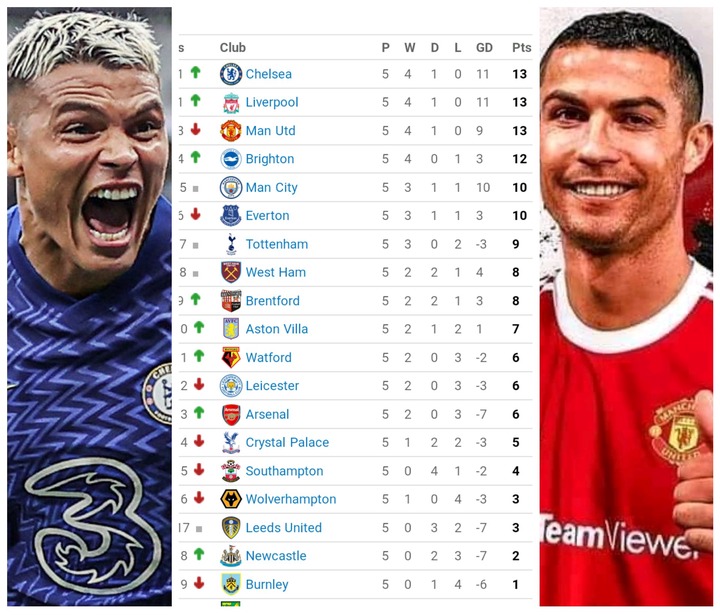 What are your thoughts about the current English Premier league table? Do you think it's too early to predict the teams who might be the favorite to win the title? Kindly drop your comments in the comments section below.

Continue To Enjoy The Lies, The Truth Will Be Out Very Soon - Pero Reacts Amid Criticisms