By Abduleez1 (self meida writer) | 9 days 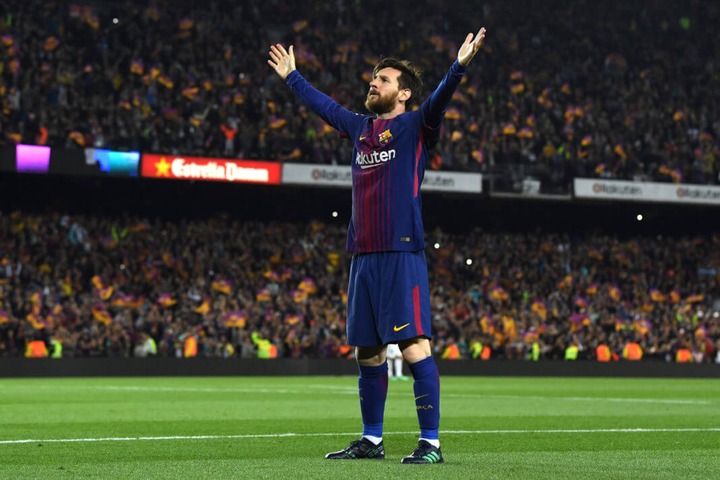 Messi topped the charts with an 8.36 rating which shows a wide margin between him and second placed player Ruslan Malinovskiy who plays for Atlanta in the Serie A. Messi was also the number one player in the overall season form ratings with an impressive 8.57 rating which even beats his current form rating. Messi has just proven he's a phenom and is never slowing down. Just as the saying goes "Messi age just like fine wine".

Here are the top ten players shortlisted for the most in-form footballers in Europe this season: 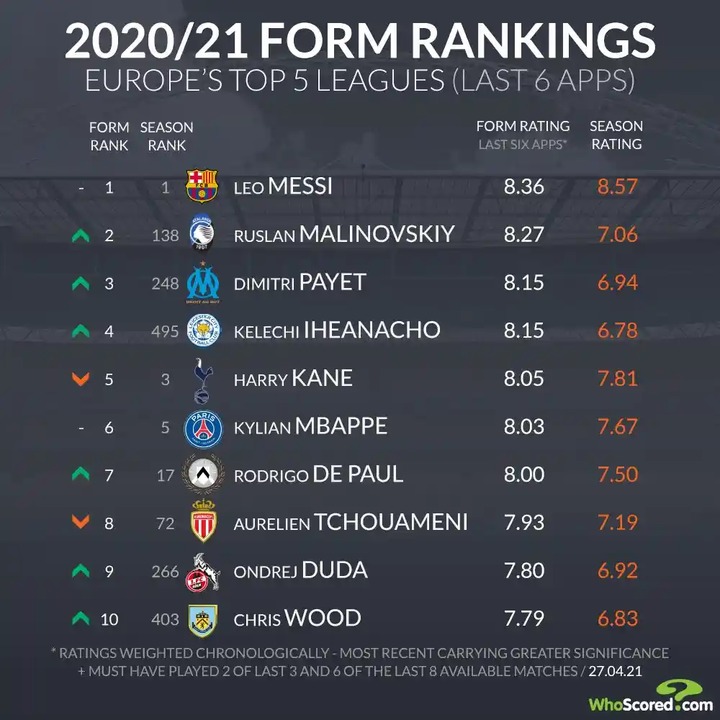 The likes of PSG's Kylian Mbappe who have been influential in their Champions League title campaign this season is also on the list but only manages to be in 6th place. Season Overall sees Kylian Mbappe moving an inch up in 5th position.