The Complicated Relationship Between Ronaldo And His Mother

Arguably the world's best Player, Cristiano Ronaldo have reached almost all shades of achievements in his life. From being the highest goal scorer in many competitions, to being the highest paid athlete and highest followed celebrity on Instagram, that is achievement over load for many men. Now let's talk about his relationship with his mother.

Look at Cristiano Ronaldo's smile, the reason why Cristiano smile is that big is because his mother was released from the hospital following a stroke. 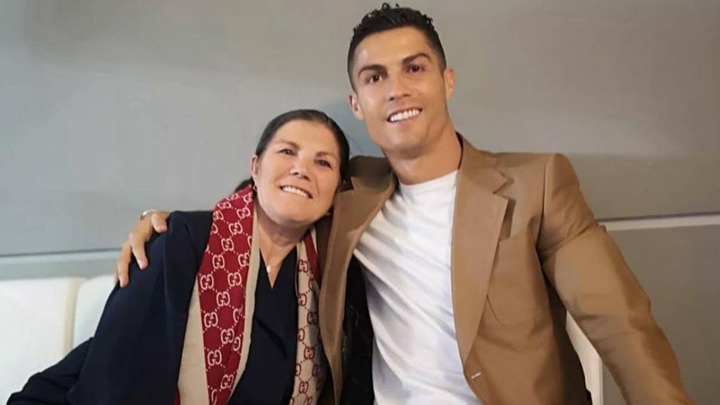 His mother, Maria Dolores and Cristiano Ronaldo are very close, but this relationship almost never existed as she wrote in her biography that she wanted to abort Cristiano Ronaldo because she was already a mother of 3 children already but the doctors rejected that idea. So she tried to abort the baby herself, in her biography 'Madre Coraje' she said...

" I tried to drink fizzy bear and run until my body couldn't anymore... Cristiano already knows all of that".

He knows it and now that he's succeeded, he isn't afraid to play CR7 and his mother. He said in a classic CR7 way...... "See mom, you wanted to abort me but now I'm the one supporting this household".

Ronaldo is like that, it's this strength of character that allowed him to build an empire. Else where the Portuguese star doesn't want her mother to watch his big matches

"She gets so nervous, I don't know why. I don't let her watch big matches anymore, I have friends who stays with her and she walks around the house. She's already fainted twice at the stadium".

Well, he's trying protect her than banish her from watching his matches "It's not possible, I don't have a father anymore and I don't want to lose my mum. So I said to her: you won't watch semi finals or finals anymore".

And speaking of nerves, Cristiano's sister have in several occasions criticized his team mates on Instagram and for sure his team mates aren't happy about that.

Cristiano has a very strong bond with his mother, when he became a father for the very first time. Guess who he asked to raise his son... His mother, how delightful.

He said in the "Madre Coraje" biography...

"I'm going to have a son and I want you mom, to be the one who educates him and gives him love like you did with me and my brothers, no one will know the child's mother".

It's obvious how they love each other, he bought a Benz for his mother's birthday and he's break-up with Irina Shayk was because of his mother. She criticize his mother but Cristiano chose his mother over her.

But it's safe to say Cristiano loves his mom and his future wife, Georgina and there's a reason why I said future wife

"She's a part of me, she's helped me a lot. of course I'm in love with her, we'll get married one day, that's for sure. It's also my mother's dream. So one day, why not".

And whatever his mother wants, he delivers as soon as possible.