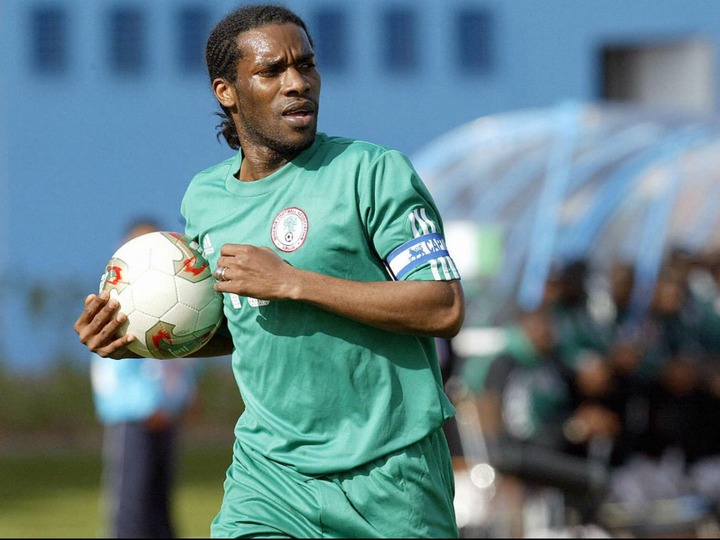 Legendary Super Eagles Player, Austin Jay-Jay Okocha Feels he has been Deprived of an Award he rightfully Merited because he has had an exceptional career with the Nigerian National Team.

The Trickster in an Interview with Popular On-Air Media Personality, Toke Makinwa made it known that he regrets not winning the Prestigious African Award

“Well, I think I don’t want to sound greedy, but I’ve had an amazing career, I never thought I would make it that big." He said

“But of course, if you look back, there’s always a time that you say oh maybe you could’ve done a bit better than you did. And if I’m to say, I’ll say, I regret not winning the African Footballer of the year.”

“I thought I did enough to have won it because it was not a fluke that I won BBC player of the year three years in a row and not manage to win that CAF award, but I mean maybe it was not meant to be," He concluded

During his time with the Super Eagles, Okocha won the AFCON Gold in 1994, Silver in 2000 and Bronze in 2002, 2004 and 2006 respectively. He was also part of the 1996 Olympic Gold Medal winning team, Won Nigerian Player of the Year 7 times but Surprisingly missed out on CAF African Player of the Year Award.