Barcelona are in no doubt one of the best club in the world and one of the Spanish giants in Spain.

But their form of late has brought questions on why they have been poor,there are also strong interests from a lot of people of where Barcelona will finish in the Champions league after Real Madrid won the La Liga title on Thursday night with a 2-1 win over Villarreal courtesy of Karim Benzema's double. However,according to reports from the Daily star news,Quique Setien’s time as Barcelona boss could already be coming to an end.

The Catalan giants were top of La Liga,but things didn’t look quite right when Ernesto Valverde was dismissed in January, but the situation has gone from bad to worse under the former Las Palmas and Real Betis boss. And Club captain Lionel Messi has had public fall outs with the club’s board and there has even been doubts over his future at the Nou Camp because of his discontent at the current system. After their disappointing 2-1 defeat at home to Osasuna, on a night where Real Madrid ended their chances of three titles in a row, Setien was the first to admit that his position is at risk.

He said: "I hope to be the Barcelona coach in the Champions League but I don't know." Barcelona are set to take on Napoli in the second leg of their Champions League last 16 tie in August having drawn the first leg 1-1 in Naples. 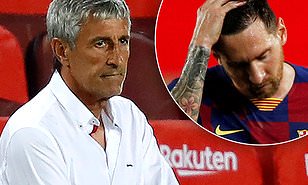 Setien went on to acknowledge the thoughts of his captain, who offered a scathing assessment of their recent performances after scoring in their latest defeat.

The 33-year-old said: "We didn't expect to finish in this way, but it sums up the year for us.

"We are a weak team who can be beaten with enough intensity and enthusiasm.

"We need to be self critical, starting with the players, but also across the entire club. We are Barcelona, and we are obliged to win every game." 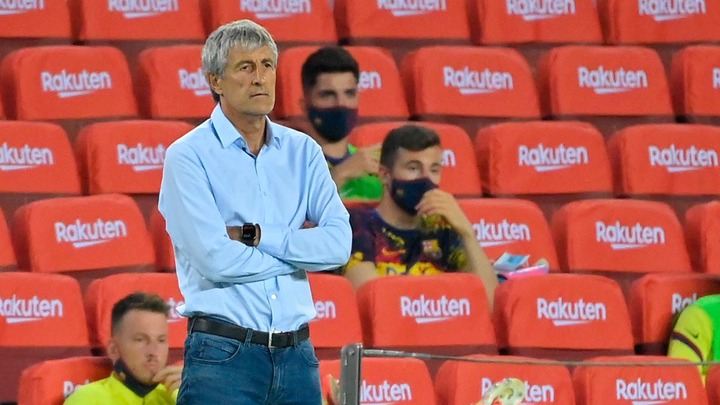 With Setien saying in response: "I agree with Messi on some things.

“We have to do self criticism and if we don't do it, it will cost us anything we want to do.

"We have tried to improve during these months that we have been here, there are things that have cost us and overshadowed the many times that we have done well. "It all comes down to success, today the opponent shot three times and scored two goals, we had fifteen shots and we were not right."

Before their Champions League campaign resumes, which would see them play Chelsea or Bayern Munich should they progress to the quarter finals, Barcelona take on Alaves on Sunday.