10 appearances in all competitions for Manchester United no goals or assists for Jadon Sancho whose poor performance was part of the reason why the Red Devils lost to Leicester City. He started that game despite having zero shots on target in the match against Everton. 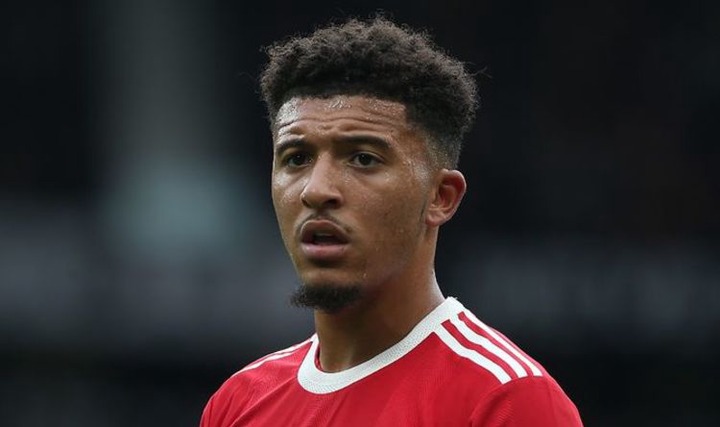 Ole Gunnar Solskjaer appears to be desperate for the England international to succeed as he has given him ample opportunities to show what he can do. However, with United starting their run of 10 tough fixtures with a loss, the honeymoon is over for Sancho. He had his opportunities, I think it's time for another player to take his place in the team.

Having said that, here are 3 Manchester United players that could help the club overcome their inconsistencies if they are starting instead of the ineffective Sancho.

The Netherlands midfielder was unhappy after Solskjaer failed to bring him off the bench in the Champions League match against Villarreal. Perhaps he shouldn't have shown it but the truth is he has not been given that much opportunity to prove himself since he joined Manchester United.

Although this may seem like a long time ago, it has to be remembered that he was a key member of the Ajax team that got to the Champions League semi-final in 2019. His ability to create and score goals could help the team return to form.

The England international has not gotten the opportunity he deserves since returning from a loan spell at West Ham where he showed he has the quality to play in the Premier League. All he has been given is a handful of opportunities off the bench which I think he utilized. So far he has 2 goals and 1 assist in 7 appearances for Manchester United this season. Like Van de Beek, he could be the difference-maker if he starts more games.

The Uruguay international has to be playing more regularly than he is doing at the moment after scoring and assisting a combined 23 goals in all competitions for Manchester United last season. He will not be a direct replacement for Sancho. However, removing the England International and changing to a formation that allows 2 strikers upfront would make it easier for him to get into the team. Having Cavani and Cristiano Ronaldo on at the same time could be too much for United's opponents to handle.