Chelsea are still connected with a slew of new signings, with Ryan Gravenberch the most recent name to surface in the transfer gossip mill. 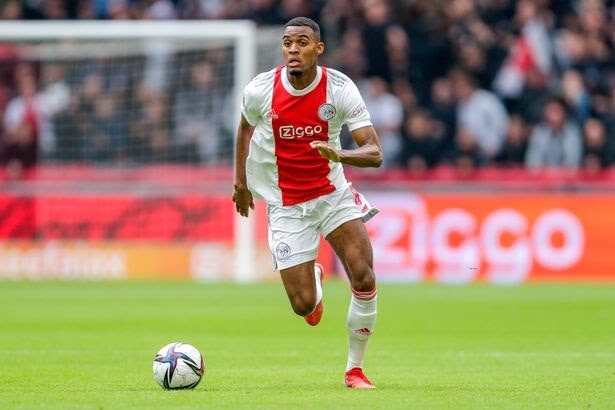 According to rumours in Spain, Chelsea will compete with Barcelona and Juventus for the signing of Ajax midfielder Ryan Gravenberch.

According to Fichajes, the Dutch giants would demand €75 million (£64 million) for their highly regarded central midfielder, who is garnering interest from a number of major European clubs.

This season, the 19-year-old has been an ever-present presence for Ajax under Erik ten Hag, becoming one of the Dutch side's most important cogs.

Ten Hag has previously been poetic about Gravenberch, who he gave his Ajax debut to when he was just 16 years old.

"He has a lot of capacities, especially in an offensive sense," he remarked in November 2020, "but he also begins to grasp 'that other task' better and better."

"What top football involves is becoming increasingly evident to him." That means focusing less on yourself and more on placing yourself in the team's service.

"If you're in the first team, the youngster has to break through, and he's done that recently."

These prior statements from Ten Hag demonstrate Chelsea's interest in Gravenberch's potential mentality, and if the interest is genuine, seeing high footballing figures say such things about him may pique their interest in signing him.

Gravenberch's present contract with the Amsterdam-based club expires in less than two years, and he intimated during the summer that he would reconsider his future there next year, when he is in the final year of his contract.

"I have a contract until the summer of 2023," he told the Dutch newspaper De Telegraaf. "At the moment, we are not talking about a contract extension."

"It would be a wonderful moment to look ahead after next season." But none of that matters to me since Ajax deserve my undivided attention."

Ryan Gravenberch senior, his father, predicted that his son will continue at Ajax and take the "last step."