We Are a Weak Team, Any Team With Intensity Can Beat Us - Lionel Messi Reacts After Defeat

By Oreoluwa_Awodiran (self media writer) | 2 years ago 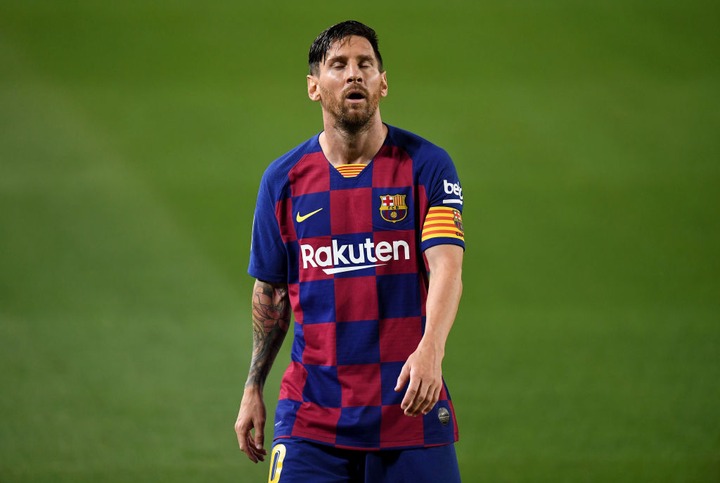 Barcelona's captain Lionel Messi has reacted to his team's 2-1 defeat to Osasuna on Thursday night claiming any team with enough intensity can beat them, as it has been the case this season in the league.

The Catalan Giants lost their 6th game of the season to Osasuna at the Nou Camp on the night, with Osasuna becoming the first away team to win a La Liga game at Barcelona's home ground since November 2018.

Speaking after the game, Lionel Messi says "things have to change" at the club as they lost their La Liga title on the night to rivals Real Madrid with their 30-game unbeaten home run in the league also coming to an end.

A win for Barcelona would not have been enough to stop Real Madrid crowned as La Liga Champions, as Real Madrid beat Villarreal 2-1 to win the title.

"We didn't expect to finish in this way, but it sums up the year for us. Messi, who is La Liga's higher goal scorer on 23 goals with one game to go, said after the game in a post match interview. 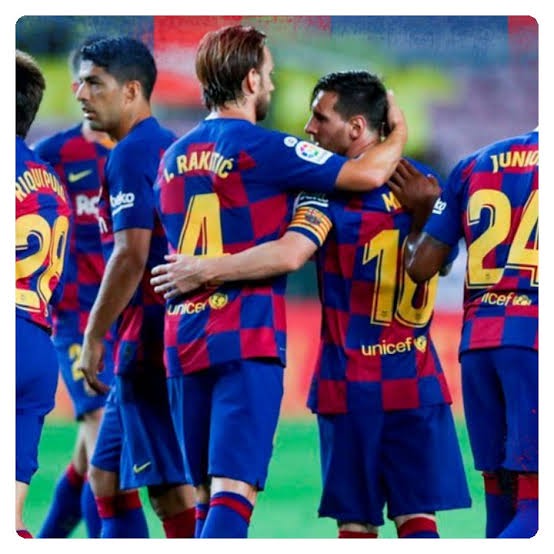 Lionel Messi celebrates with his team mates after pulling level for Barcelona through a free kick (Image: wiseloaded.com)

Jose Arnaiz put Osasuna ahead in the 15th minute before Messi levelled with a free-kick in the second half.

The visitors had substitute Enric Gallego sent off for elbowing Clement Lenglet before Roberto Torres' close-range winner in the 94th minute of added time.

"We are a weak team who can be beaten with enough intensity and enthusiasm. Messi continued,

"We need to be self-critical, starting with the players, but also across the entire club. We are Barcelona, and we are obliged to win every game." Barcelona's only hope of a major silverware now rest on the Champions League which resumes in August. They host Napoli in the last 16 second leg on Saturday, 8 August, having drawn 1-1 in Naples in the first leg.

Content created and supplied by: Oreoluwa_Awodiran (via Opera News )