By AkanoAyubaD (self meida writer) | 25 days

As the second leg of the Champions league quarter final comes up in few days time, Opera News Hub writer and football analyst, AkanoAyubaD brings you what's is likely to be the final outcome of Bayern Munich and Paris Saint Germane clash.

Interestingly, We must be reminded that despite enjoying larger share of the ball possession during the first leg showdown in Munich, Still, Bayern Munich narrowly lost to PSG. However, why loss of Robert Lewandowki to injury may have played its part in that loss, it should be a generally acceptable fact that lack of these two characteristics from entire Bayern Munich squad catalyses the loss, and should they put such anomaly behind them in Paris, Bayern would still have the better chance of progression at the expense of PSG. The two major problems are; 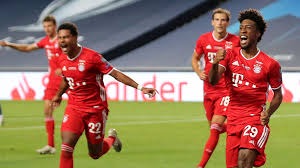 1. Bayern Lack Cohesion at the Back: take it or leave it, despite being the better of the two teams in terms of ball possession, Bayern Munich lacks the necessary cohesion to cage PSG attackers at the back. One fact remains, a great team of Bayern stature may not always get the opportunity to outscore their opponents, however, striving to concede less goals in games is very important, so, working around this fact would be helpful to their chance of progression in Paris when the Champions league returns in few days time. 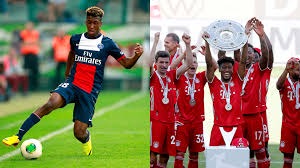 2. Necessity to Have a Leader up Front: With or without Lewandowki, Bayern Munich doesn't look like a team that can play a whole match without getting at least a goal, however, lacking another leader to influence the team in the attacking third restricted them from scoring some goals in Munich, so, should the Bayern Munich coach and his crew worked effectively on this anomaly ahead of the second leg tie in few days time, defeating PSG on their home soil looks iminents. 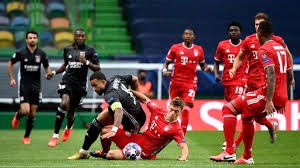 Do you believe Bayern Munich can still progress despite first leg loss? Please drop your claim in the comment box below. Meanwhile, don't hesitate to follow us here for more trendy articles.

Fabulous And Stunning Ways To Rock Your Gown Styles

"Nigerians Should Hold Past Leaders Responsible For Insecurity, It Is Wrong To Blame APC" - Amaechi

Today Headlines: Fulanis Will Revenge If One Of Them Is Killed- El Rufai, Army Kill 11 IPOB Members

Nobody Has Stopped Igbos From Going For Presidency, But That Can't Be Gotten By Threats - El-Rufai