By Obedionews (self media writer) | 1 year ago

Arsenal are seeking 100% in their Europa League as they are playing their last game of the group stage.

Arsenal start on a brighter note scoring 2 goals in the 13th minutes of the game. But they concede back in the 22nd minutes in the game. Arsenal fans are now blaming their newly signed goalkeeper Runarsson for the goal.

Here's some of their reactions;

- I don't trust this Runarsson fella, one injury to Leno and we're in big trouble.

- #Rúnarsson is 🗑 we need another keeper. If #leno gets injured or receive a red card we are finished 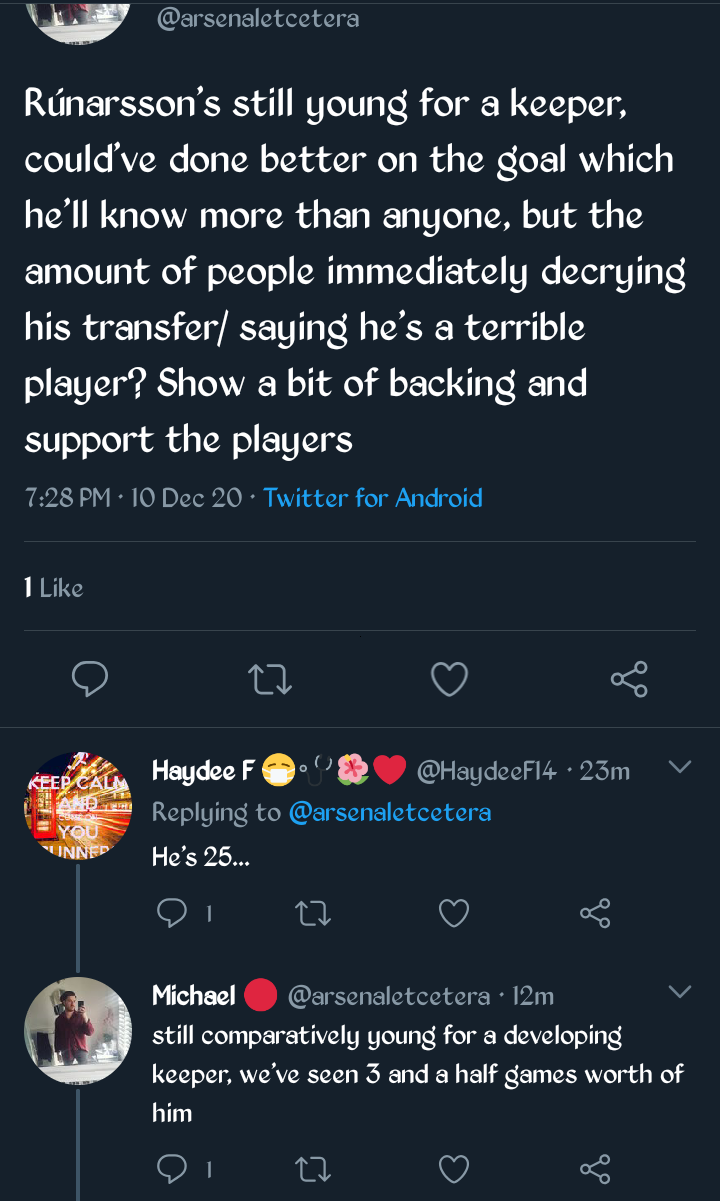 - Runarsson looks like an outfield player put in goal. 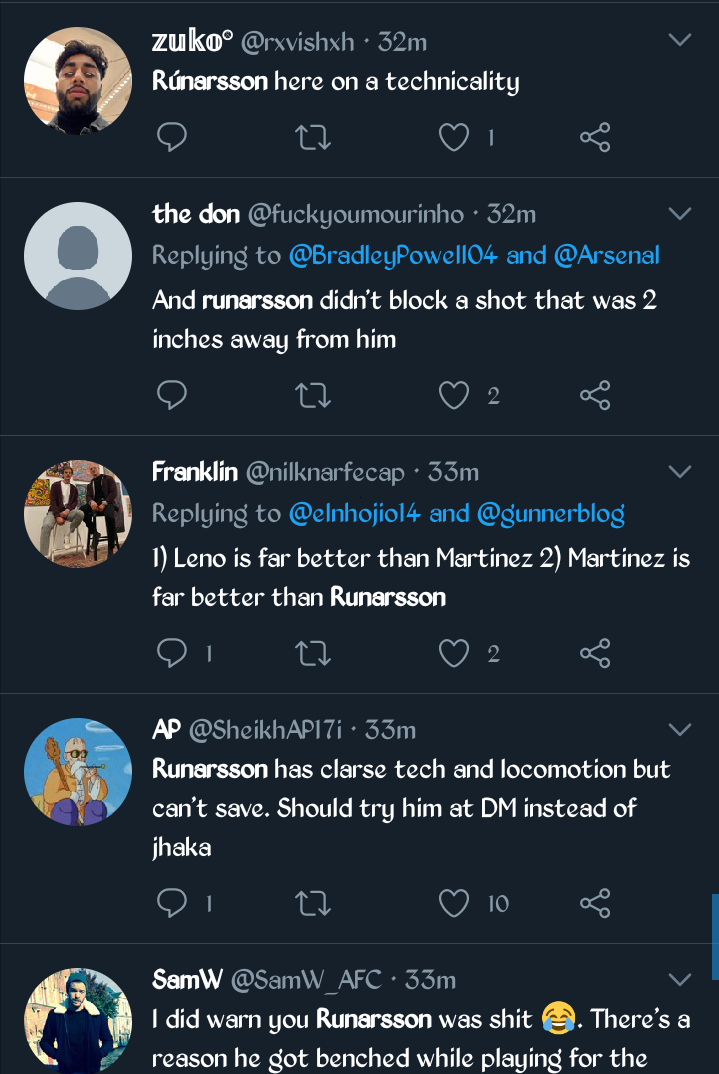 The bad news is that its because he's bad.

- Gunnersaurus would be a better goalkeeper than runarsson 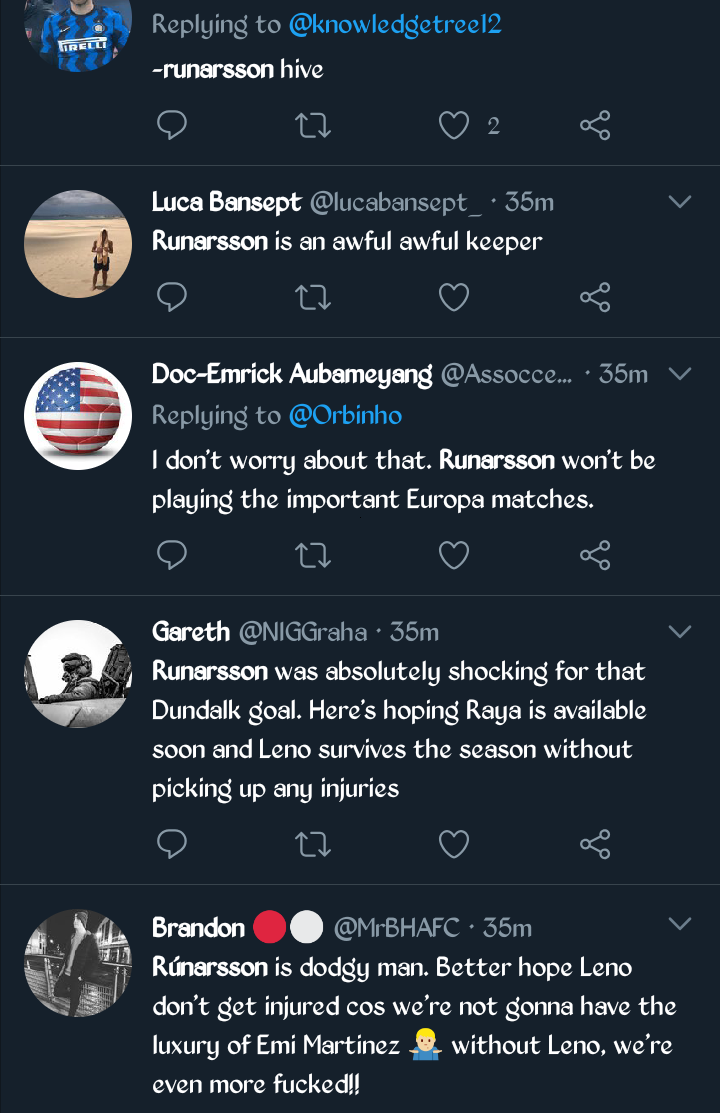 - i think runarsson was signed for money reasons. we sold emi and singed him making 18mil net or so. so however bad he is, he only cost 1-2 mil basically

- Runarsson probably isn’t going to play again this season. He should make the save. But it really isn’t that deep for everyone to be overreacting. 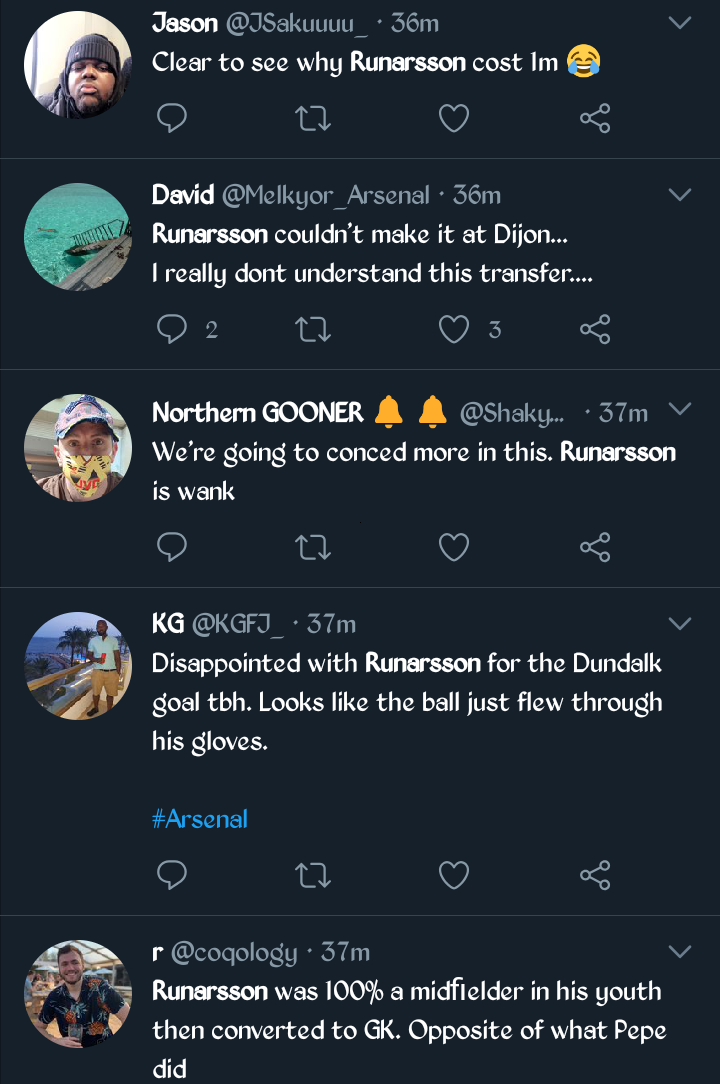 - Rúnarsson's still young for a keeper, could've done better on the goal which he'll know more than anyone, but the amount of people immediately decrying his transfer/ saying he's a terrible player? Show a bit of backing and support the players