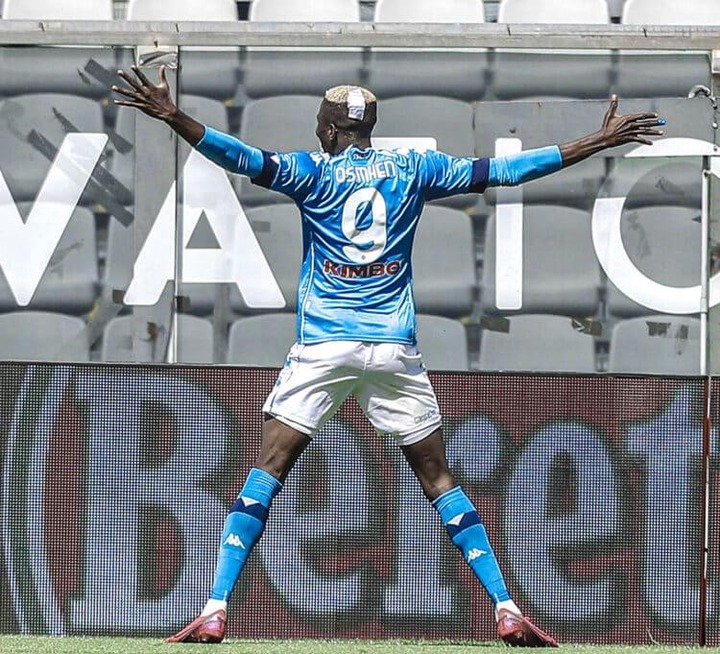 Victor Osimhem continues from where the duo Kelechi Iheanacho and Paul Onuachu left off on Friday with both players scoring for their club's sides respectively.

The Super Eagles number one striker scored a brace on Saturday early kick-off in Italy as Napoli defeated Spezia by 4-1 to take his season tally to 10. 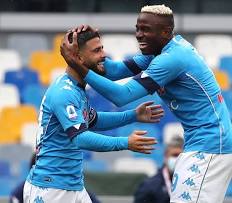 But apart from Victor Osimhen, that has now made goal scoring a consistent habit week in, week out since the beginning of April, Olusolasportspedal takes a look at Nigerians that also find the back of the net for their club sides on Saturday. 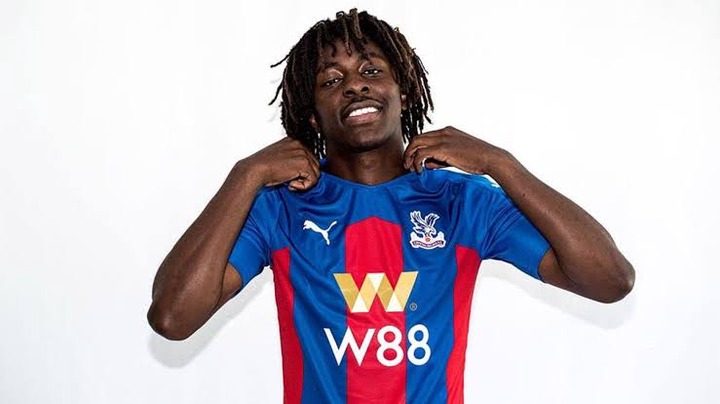 Eberechi Eze: The British - Nigerian stole the show on Saturday afternoon at Bramall Lane when he scored the second goal in the 2-0 demolition of already relegated Sheffield United.

Eze was at his creative best on the day as he assisted Benteke opener. He found the Belgian at the edge after a beautiful solo run, whose effort was deflected into the net, to give the Eagles a deserve to lead. 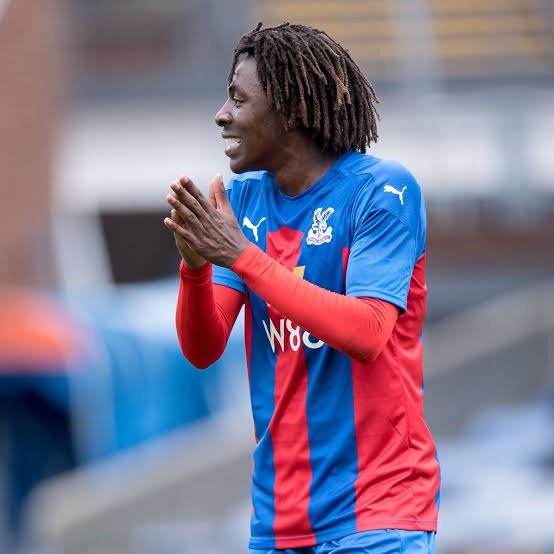 He later got one for himself with two minutes to the end of the game with another beautiful run which resulted in a two-goal and thus helped Crystal Palace to escape relegation.

Akinwunmi Amoo: The former Nigerian U-17 captain scores his second goal of the season as he grabbed the last goal in the five-goal thriller between his club Hammarby and Sirius as Hammarby hammered to a 3-2 winner on Saturday. 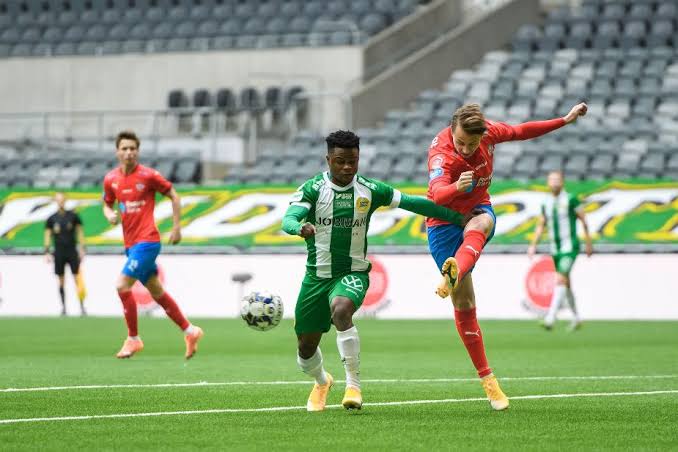 Amoo goal came in the 50th minutes to restore a two-goal cushion for Hammarby in the game. The visitor pulled had pulled one back after going 2-0 down on the first half. 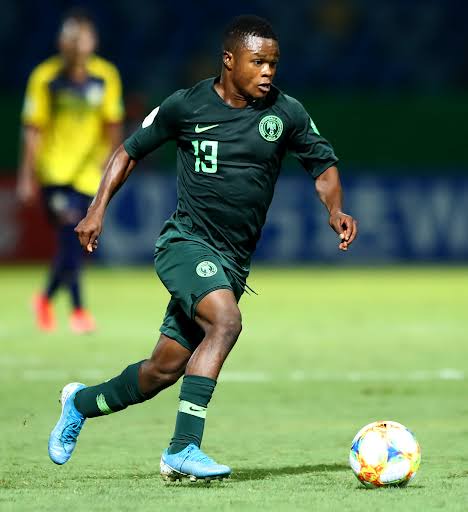 His goal turned out to be the decider as Sirius put one back later in the game.

The victory is Hammarby second in the five weeks old Swedish league as the modest now has 7 points from 5 games, occupying the sixth position on the log.

Kelvin Akpoguma: Kelvin scored his first Bundesliga goal of the season in Hoffenheim's thrilling 4-2 win at the Prezero arena against Schalke O4. 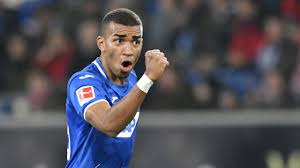 Hoffenheim were hit by two quick goals by their visitors but Andrej Kramaric started the dramatic comeback before Akpoguma made it 2-2 of which Hoffenheim went to score two more goals to win another game from a losing position. 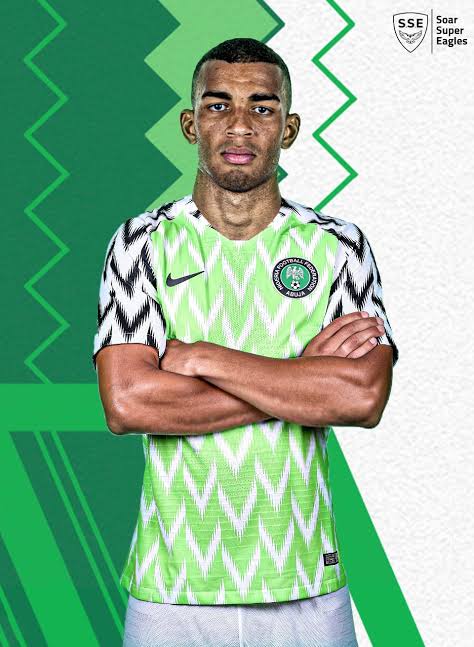 The two capped Super Eagles defender made his 15 appearances after he recovered from a muscle strain injury which prevented him from the Super Eagles doubleheader African Cup Of Nations qualifier in March.

Chidera Ejuke: The speedy winger was among the goals scorer as CSKA Moscow came from behind to defeat FC Krasnodar 3-1 at the VEB Arena on Saturday evening. 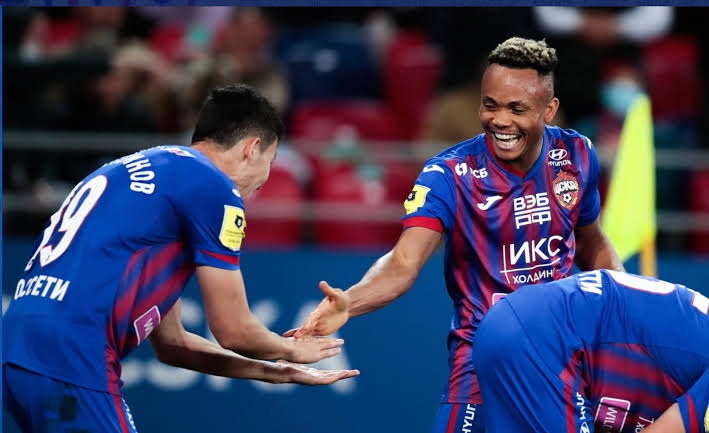 Chidera equalised for the home team in the 32nd minute after Viktor Claesson opened the scoring for the visiting team in the 26th minute.

The Nigerian speedy forward made no mistake as he fired into the bottom corner of the net after he was set on goal by Ivan Oblyakov fine work through the middle. 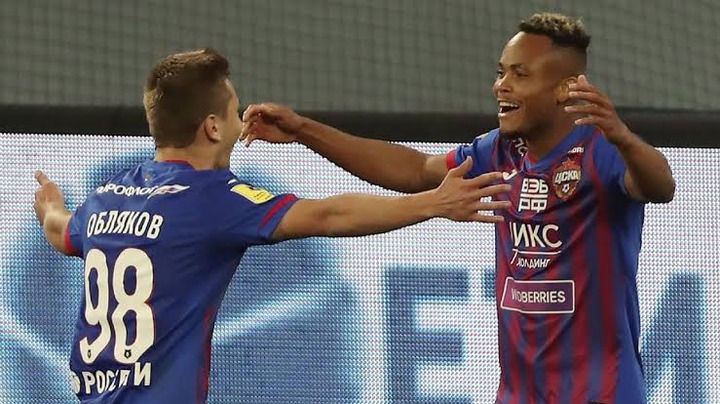 Ejuke has been a massive addition to the Russian side since the beginning of 2020/2021 making his 32nd appearances scoring six goals in the process.

CSKA Moscow is sixth on the log with 50 points and is in the race for a Champions League as the race enters the final day next weekend.