It's always a thing of joy when your efforts are crowned with an achievement at the end of day. This could be said of former Arsenal youngster, Kelechi Nwakali. 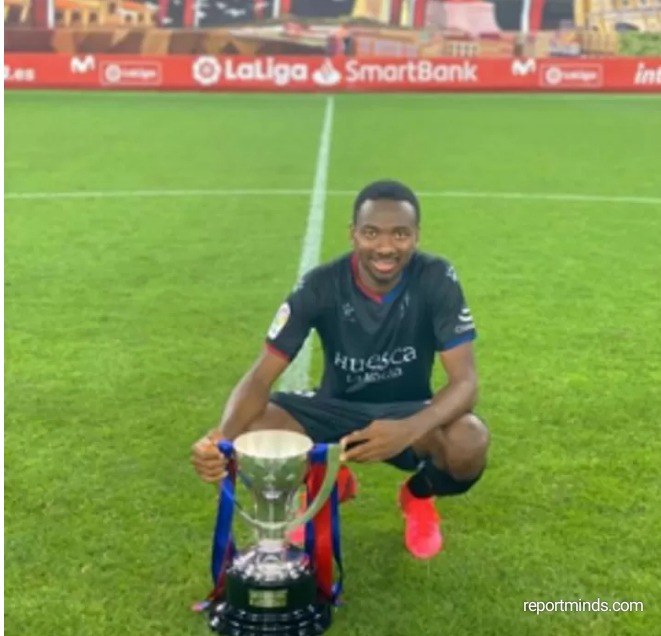 The forward was over the moon after he guided his side to emerge as Champions of the La Liga 2.

The Azulgranas have also decided a promotion spot to the Spanish top-flight for next season.

Meanwhile, second placed Cadiz were beaten 1-0 at home by Albacete, which automatically saw SD Huesca crowned champions of La Liga 2 after a 1-0 victory at Sporting Gijon.

The 22 years old has taken to his social to express his joy of lifting the title in his first season with the club.

He wrote : "What a way to end the season Promotion to the Laliga:Champion: First start : What a great God you are".

Recall that he began his football education with Arsenal, although he didn't make any appearance for the London club.

He eventually left in 2019 to join Huesca on a permanent deal.