In 1997, former Nigeria striker, Victor Ikpeba scored 14 goals for Monaco as the club reached the semi-finals of UEFA Cup, a record that stands till date. 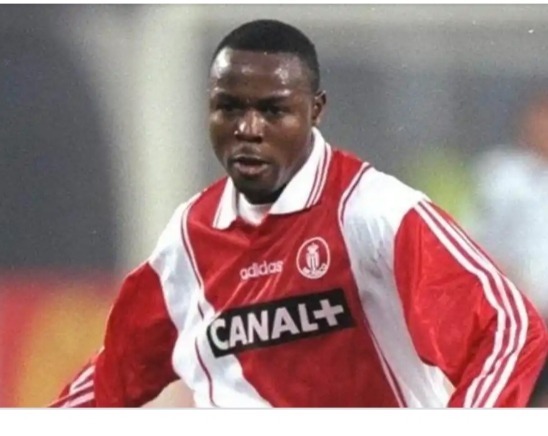 Then nicknamed "Prince of Monaco", Ikpeba accounted for all but five goals scored by the club, finishing the series as the second highest scorer. He scored 13 league goals to help Monaco win the league title and carted home the African Footballer of the Year award in the same year.

Currently a consultant  to SuperSport television channel, the 48-year-old  is the 5th top scorer in the history of Monaco, weighing in with 76 goals in 218 games from 1993 to 1999 following his arrival from Belgian club, Standard Liege.

Recruited in 1993 by Arsène Wenger, who believed in him, Ikpeba easily stepped into the shoes of George Weah, attracting more reference to the position.

In spite of his small physique, Ikpeba was a fast, versatile, and opportunistic forward, who was capable of playing as a striker, as a second striker, or on either wing, and was known for his ability to score from any position on the pitch.

As Monaco heads into their 200th European match against PSV Eindhoven tonight, the former Rouge et Blanc striker, recounted his time in the Principality, during an interview published on the club's official website.

He was quoted as saying: "My history with AS Monaco is very rich. It’s the place that allowed me to play at the highest level of football in Europe, to play in Ligue 1. It was an honor for me coming from Belgium. This decision changed my life. It wasn't easy, I had to work hard and I had to have some ups and downs at the start. But I had a real pleasure to play here, where I was elected African player of the year in 1997, won the French championship the same year and where I became Olympic champion with Nigeria. In six years, therefore, I have accomplished a lot with this club, with which I have also played three European semi-finals, two of which in the Champions League. We had a great team, it was very special for me. And people remember me for my time at AS Monaco. So I'm really grateful to the Club for giving me the opportunity to play at such a level, especially under Arsène Wenger. I left some really good friends when I left too, so it wasn't easy. But looking back, Monaco means a lot to me. I want to thank Arsène for believing in my qualities to the point of bringing me to Monaco. He saw that I had the potential to play for this great club, and for that, I will be eternally grateful to him. He believed a lot in African football and he helped develop a lot of young players at the highest level, when they were just kids at the start. I think it's really important to have a manager who believes in you. I was in a very modest club in Belgium, RFC Liège. So I want to thank Arsène for believing in my qualities."

Ikpeba, who is also a member of the technical committee of the Nigerian Football Federation, also made his goals count at ACB, Standard Liege, Borussia Dortmund, Real Betis, Al Ittihad, Charleroi and Al-Sadd before he retired in 2005.

He was also successful at international level, being a member of the Super Eagles that won the African Cup of Nations in 1994 and the triumphant U23 team at 1996 Olympic Games in Beljing.

Ikpeba won the Ebony Shoe Award as the best foreign player in Belgium league in 1993 and was voted African Footballer of the Year in 1997.