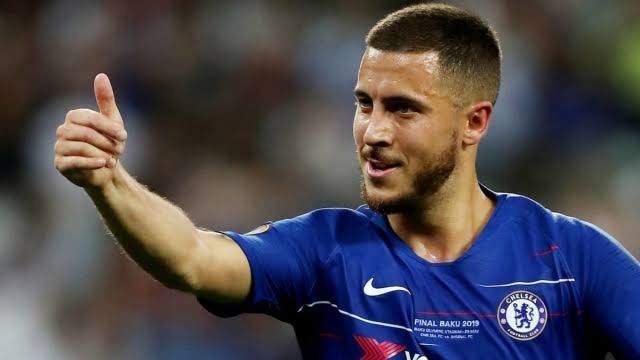 Chelsea are likely to finish, in a Champions League (CL) qualification spot and have booked their place in the FA Cup final. If that is not enough good news for them, they might well have another one as Eden Hazard vows to return to the club.

After a rollercoaster kind of a season under new manager Frank Lampard, the Blues have a relatively successful season, which might end with a silverware. A young and enthusiastic crop of players, they have already secured the services of Hakim Ziyech and Timo Werner for next season. The duo would add more flavour and attack threat to the London club as they continue their revival. To that bid, this news of Eden Hazard will surely excite the Chelsea faithfuls.

Further, Chelsea are also heavily linked with German wonerboy Kai Havertz. On top of that, the Blues could yet see the return of Hazard in the future, as the player admitted last December. He told businessman and Chelsea fan Frank Khalid as quoted by the Mirror, “When I finish here (Real Madrid) I’ll come back. They are doing well, they’re young. Now they can pay for players, they can buy players now. I do my job here and then I come back.”

The Belgian insisted that he still keep tabs with the club and watches, their game when permitted. Hazard became the talisman at the Stamford Bridge in his seven year spell at the club. He won the FA Cup, League cup and Premier League and Europa League couple of times each in a highly successful spell while at West London.

After achieving so much and conquering all front, Eden Hazard made what was his dream move to Madrid for £85 million only last year. But the 29-year-old despite winning the league in his first season, has had a disappointing personal season. He struggled with form and suffered long term injuries, which halted his progress and allowed him to score only one league goal. He will hope to resurrect his form in future, but if his words are anything to go by, Chelsea fans can surely dream of his return one day.