Rudiger reacts to Bayern Munich's interest but remains optimistic about his future at Chelsea.

By Dwanemw (self media writer) | 22 days ago 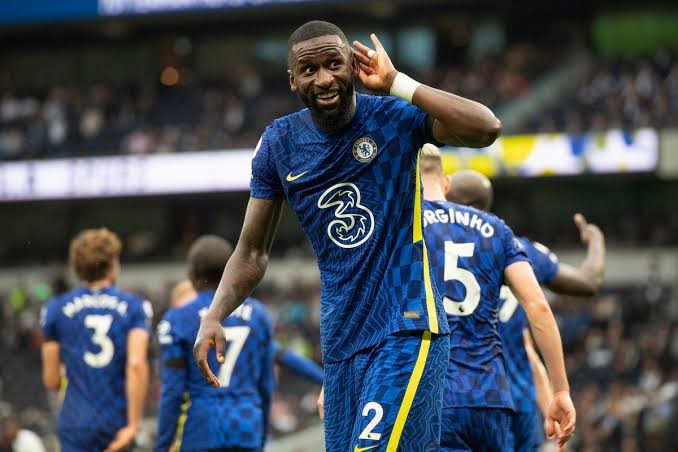 Antonio Rudiger has acknowledged that Bayern Munich's alleged interest in him is "honorable," but insists that he still "feels well" at Chelsea.

Bayern Munich has started preliminary conversations with Rudiger's representatives about a possible transfer in 2022, according to Goal.

The 28-year-current old's Chelsea contract is set to expire in June, and he will be allowed to negotiate a pre-contract agreement with Bayern in January if he so desires, but he is leaving his options open.

Although Rudiger is flattered by the Bayern connections, he claims that he is happy at Stamford Bridge and is not considering his future move.

"Of sure, [Bayern's interest] honors me, and it indicates that I've been doing things correctly," Rudiger remarked during a press conference. "But I'm not going to be distracted.

"To my club, I owe it to myself to do well. Every game requires me to prove myself and not be distracted by rumors.

"I'm happy where I am currently in Chelsea, so that suits me."

What does Bayern have to say about Rudiger?

Bayern Munich coach Julian Nagelsmann has lauded Rudiger's "aggressiveness" and described him as a "decisive" player, but the club's sports director Hasan Salihamidzic has played down any speculation about his coming at the Allianz Arena.

Last month, Salihamidzic told DAZN, "It's not right when we talk about players who are with other clubs."

"We have a lot of depth in the center-back position. We've bolstered our lineup with the addition of Dayot Upamecano, Lucas Hernandez, Tanguy Nianzou, and Benjamin Pavard, who can play both inside and out."

This season, how has Rudiger done for Chelsea?

Rudiger has piqued Bayern's interest, as well as that of other top clubs such as PSG and Real Madrid, following a strong start to the 2021-22 season at Chelsea, who are currently leading the Premier League after seven games.

The big defender has been a constant for Thomas Tuchel's side, scoring once, and will almost certainly start against Brentford following the international break.