By SPORTSC (self media writer) | 9 days ago 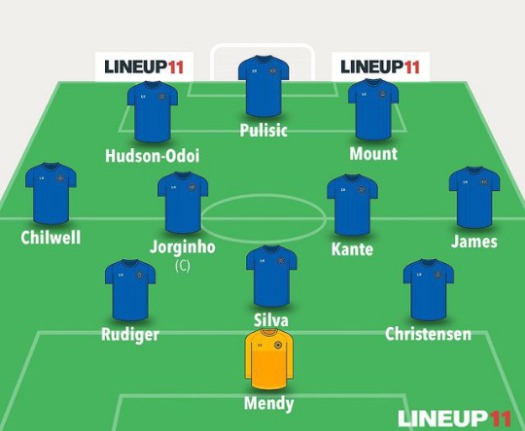 Playing against Manchester United will undoubtedly be a tough test for Chelsea, but Thomas Tuchel may start the competition with Mendy as the first goalkeeper. Rudiger, Thiago Silva, and Christensen could all play as center backs. During the competition Ben Chiwell and Reece James will be the Left and Right Wing Forwards, respectively. Thomas Tuchel could also start the game in the center of the field with N'golo Kante and Jorginho. Mason Mount could be the left wing forward, while Hudson-Odoi could be the support striker. Tuchel could also use Pulisic as a center forward against Manchester United in the upcoming Premier League match.

The match between Chelsea and Manchester United on Sunday could be a tough one. Chelsea has been performing admirably since the start of the season. The majority of football fans are already convinced that Chelsea will beat Manchester United; however, the outcome of the match will be known by the end of the Premier League match between these two great clubs; however, with this possible line-up, Thomas Tuchel could win his match against the Red Devils.