Ziyech mentions the three Chelsea legends he idolised while growing up.

By Praise-God (self media writer) | 2 years ago New Chelsea player Hakim ziyech, has said that he was a Chelsea fan from his young age, and was always wishing to play for the blues one day.

The Moroccan winger also named three Chelsea legends, drogba, Lampard and Terry as the players he idolised while growing up. The former Ajax playmaker started his career at Heerenveen youths team and was supporting Chelsea from that young age The new Chelsea man was in attendance at Stamford Bridge in their league game against Norwich city, and must have been impressed by his new teammates's display, though Chelsea only managed to score one goal in the game, but it was enough to secure them all three points and their new man was happy with the result.

Below are what he said in his first interview at Stamford Bridge, via the official Chelsea website.

“When you are a young guy, you always want to play for a big club, in the Premier League of course,” he told ChelseaTV .

“And when I was young the players that played here. It was always a big club so I’m very happy and it means a lot.”

“I can remember I was playing in the youths in Heerenveen and we have some teammates, and he was playing [with] Drogba, Lampard, just all those big names, Terry,” he added.

“We were always for Chelsea and look now, if you can play here, it means a lot for me.” 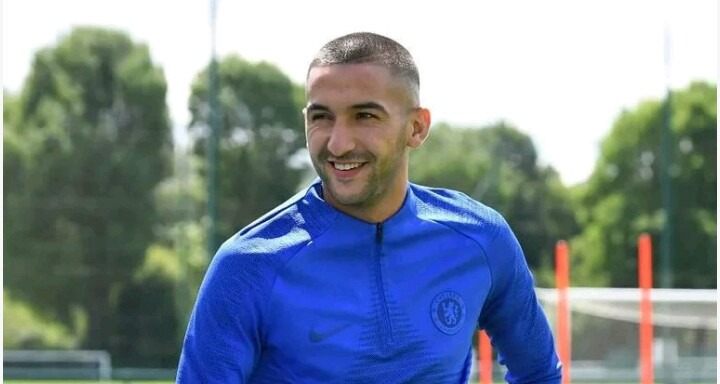 Chelsea fans will be so desperate to see their new man in action for them, but they will have to wait till next season to see him do what he does best for his new club.

Chelsea fans what do you think about him?

Content created and supplied by: Praise-God (via Opera News )